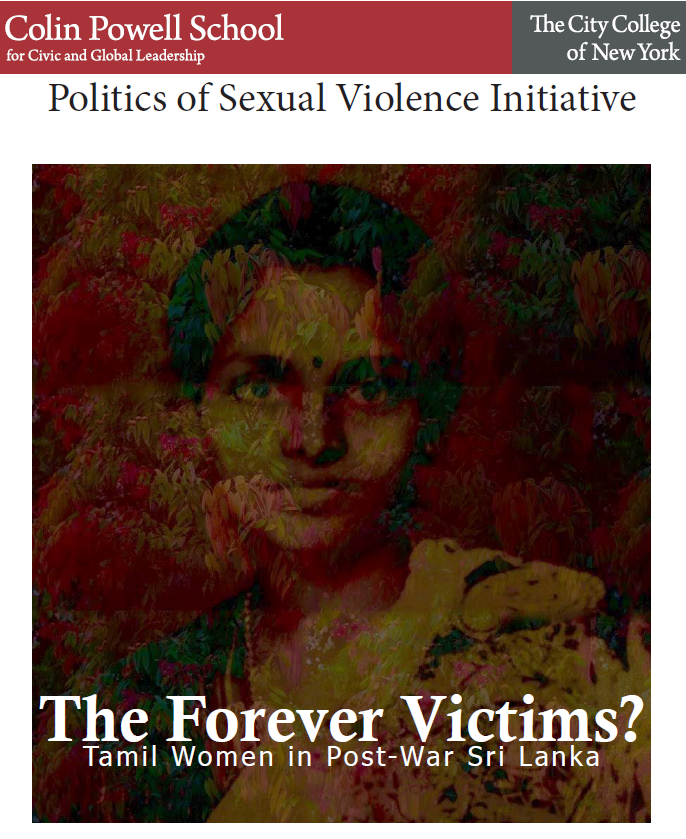 militarization on Tamil women’s lives in Sri Lanka. Based on over fifty interviews in the former conflict zone, we uncovered a very disturbing dynamic, in which efforts to protect women from sexual violence end up undermining their political and economic agency, making them even more vulnerable to victimization. Tamil women in Northern Sri Lanka still face the risk of rape and harassment by the security forces present throughout the region, but their lives are even more negatively impacted by the climate of fear and by a worrying uptick in violence against women

within the Tamil community. The ever-present threat of violence by the military has led women to lead tightly circumscribed lives, limiting their daily activities in order to minimize their risk of sexual assault. Their

reduced participation in public life keeps them in the home, where they are increasingly vulnerable to violence at the hands of the men in their lives, many of whom are also struggling with the after-effects of wartime trauma. And the measures taken by the community, by the state, and by international actors to address their needs have only made the situation worse. Hasty marriage for protection, well-being schemes that entail

isolation and exposure to state agents, and dis-empowering livelihoods programs have further undermined their economic and political position.