The draft CTA is of concern to all Sri Lankans, without exception – Kishali Pinto Jayawaradene. 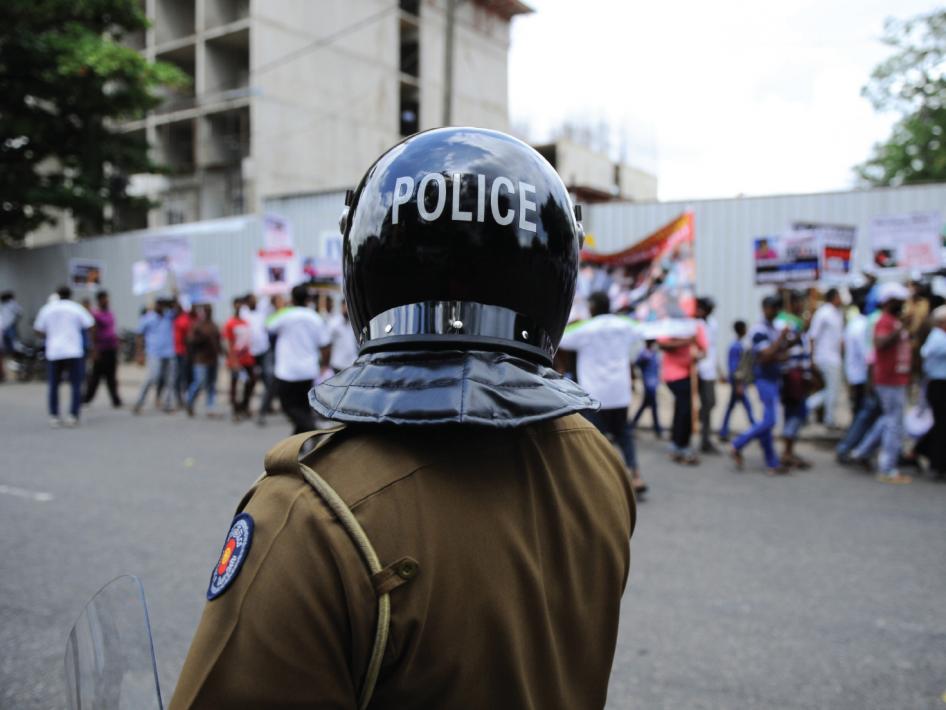 The perception that Sri Lanka’s proposed Counter-Terror Act (CTA) will affect only those of one community or another engaging in ‘terrorist’ activities and is therefore, of incidental concern to the citizenry at large is a misapprehension that is most unfortunate.
CTA poses dangers beyond the PTA and the PSO

Let us be clear. Vaguely drafted laws that seriously abuse civil liberties are not selective as to the categories of individuals to whom they apply. If Sri Lanka has learnt anything during all its painfully felt historical and lived-in experiences since the 1970’s, it is precisely this. And abusive laws used with impunity against those who dissent and exercise freedom of expression, information, thought and conscience are not strange creatures to us, even as the West comes to terms with what are still relatively new realities of terror in its midst.

For decades, the Prevention of Terrorism Act (PTA) and Emergency Regulations under the Public Security Ordinance (PSO) were employed arbitrarily against the Sinhalese as well as Tamils and Muslims. It would be a mistake therefore to frame short sighted responses to the draft CTA otherwise. No community in this country can claim an exclusive right to victimhood under one particular law or the other. The deleterious impact of a dangerously vague counter-terror law will be to all citizens. This is something we have seen in the past and will continue to see again in the future, absent sufficient vigilance.

If this proposed policy framework is adopted as a Bill in its current form, the risks it poses to Sri Lankans of all ethnicities are far more than the PTA and the PSO combined. And there is another pertinent factor. In the past, the over-reach of emergency law was restricted through courageous and determined interventions by the highest court in the land. Individual judges paid the price for that resistance. But is that resistance to be expected now, from the judiciary in response to a law containing such vague and over-broad definitions of what constitutes terrorism and terrorism related offences? The answer to that question can only be in the negative, with a few bold exceptions.

Bringing back confessional statements made to police officers

Some of the more glaring flaws in the Cabinet-approved CTA were adverted to in these column spaces previously. A complete lack of policy direction is well illustrated by the fact that offences and terms discarded in earlier revised drafts of the CTA as ‘vague’ on a legal basis (such as unity) as accepted by the drafters themselves in explanatory notes to the document, have now been brought back with nary an explanation.

Further, earlier revisions had accepted the fact that confessionary statements to police officers should not be admissible, even if the burden is shifted to the prosecution to prove that it was made voluntarily. But now, that has now shifted back. Confessions to police officers are again admissible subject to some conditions that offer little protection in Sri Lanka’s highly abusive detention conditions.

For example, it is stipulated that an attorney-at-law may be present during the time that a suspect is interviewed and his/her statement is recorded, if such interview and recording of the statement is carried out by a Superintendant of Police and will be subsequently used in a judicial proceeding. But this is a fragile protection indeed. It is a statement of fact that lawyers in the magistrates’ courts frequently collude with police officers.

In the nineteen nineties, many of these issues were taken to the Supreme Court in the form of fundamental rights petitions and the Court passed severe strictures on the concerned lawyers. These are no ad hoc linkages between the police and lawyers. Instead the nexus is well established. Indeed, lawyers practicing in those courts often rely on police to bring them cases where they can extract fees to ‘appear’ on behalf of unfortunate citizens arbitrarily arrested by state agents without the suspect having any say in the matter.

Nexus between lawyers and the police

In one singular instance among a myriad other similar cases, this columnist was part of a legal team which, in the late nineteen nineties, successfully challenged the detention of an engineer of Tamil ethnicity who was arrested purely because he happened to stammer when subjected to ad hoc questioning while using public transport.

His identity card was taken but was marvelously found the next day (quite unknown to him) in the possession of an attorney-at-law when, after being kept in a prison cell, this slightly built and self effacing gentleman was produced in court. In questioning that took place before the Supreme Court, it was discovered that this identity card had been passed over to the particular lawyer by the arresting police officers. When asked to pay money to the lawyer, the petitioner (J. Gnanamuttu) refused, stating that he had no money whereupon the lawyer turned hostile.

Gnanamuttu was then brought before the magistrate, allowed to sign a personal bond and asked to appear in court on a later date a week hence on which subsequent date, he was discharged. In deciding the matter in his favour, the Court (presided over by then Chief Justice G.P.S. de Silva) expressed its perturbation in remarkably strong language. In that case, relief was given to the petitioner but this was in better times when the Court was generally inclined to uphold its constitutional role.

The torture of Sinhalese petitioners under anti-terrorism laws was met with equally stern responses. Excellent legal standards laid down in regard to state accountability were consistently followed by judges. During the past close to two decades however, all that changed.

The credibility of Sri Lanka’s judiciary in addressing questions of legal accountability for human rights abuses suffers in terms of both reality and perception. Vigilance, even to the limited extent seen earlier, is not evidenced now.

Merely being satisfied with the presence of a lawyer during the recording of a ‘confession’ by a suspect enveloped in the abusive conditions of detention and under threat of torture (if not subjected to torture already) or relying on a magistrate to provide safeguards will only further institutionalize de facto abuses. This is a classic example of protections which may work in a functional Rule of Law system but will fail miserably here.

These are warnings that should be taken heed of when the next version of the CTA, probably in the form of a Bill, is brought before the luckless citizens of this land.