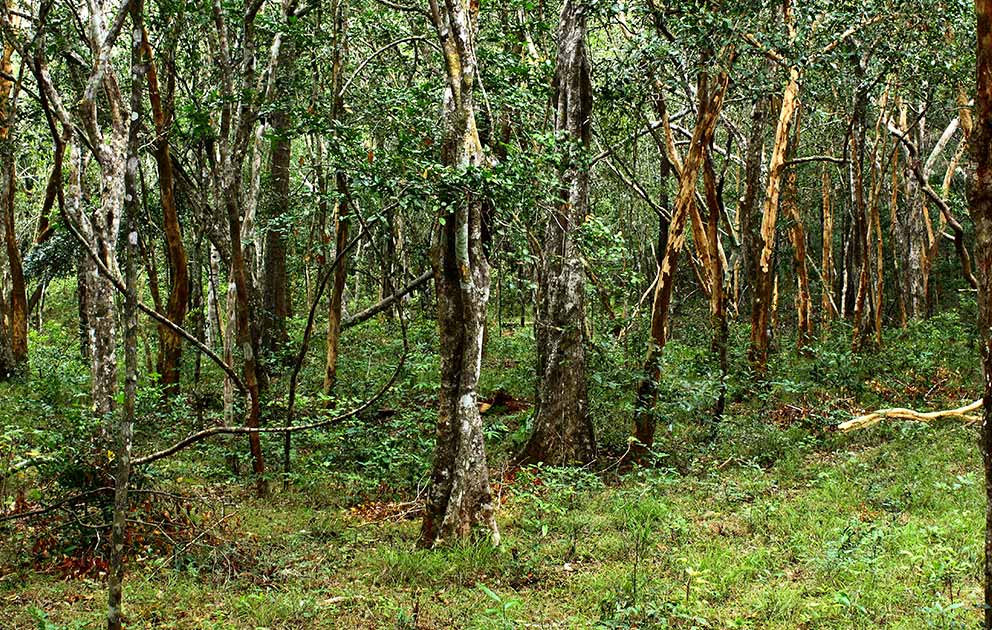 In the past few weeks, it was quite alarming to see the level of surprise exhibited by the citizens of Sri Lanka in respect of an exchange that took place between a public officer and a politician, whilst she was performing her lawful and official duties following an incident of deforestation in the Gampaha district. This is not only an example of Sri Lanka’s tragic political reality but also signals at the lack of confidence placed on public institutions as well as the rule of law by the general public. The implications of a socio-political culture of this nature do not bear a positive future to the current conundrum in Wilpattu.

The Wilpattu wrangle embodying various ethno-political and administrative interests has opened the world’s eyes to the mayhem of world heritage. Despite being one of the oldest and largest national parks within the island, governed under the Fauna and Flora Protection Ordinance (FFPO), Wilpattu is far from being recognized for its historical, cultural or environmental value due to a large number of controversies surrounding its extensive grasslands and thorny shrub forest.

Wipattu is not just a national park. It is a forest complex with nine adjacent forest reserves including Kallaru; Periyakuriyatti Kulam; Vilanththimulam; Wilpattu North Sanctuary; Thabbova; Veppal; Mavillu, Periyamarippu; and Veerakkuli Cholai – Eluwankulam Forest Reserve. Thus, it espouses a single flourishing ecosystem, which is running the risk of being wiped out from the lives of the generations to come, if the extensive ecological destruction is to continue.

The key reason as to why Wilpattu is deciphered as a distorted reality is because the debate now takes an ethno-religious disposition more than ever before, concealing graver issues pertaining to the severities of the environmental degradation within the largest national park of Sri Lanka. This distorted reality has even more dire implications on institutional accountability in terms of administrative authorities, who unlike in the incident in Gampaha have miserably failed to perform their official duties mandated by the law. The most unfortunate result of such a distorted reality is the continuing struggle to convince the issues underlying Wilpattu as an environmental catastrophe.

The deforestation discourse in Wilpattu dates back to 2009, where the contiguous Northern Sanctuary was under destruction due to the development of certain housing schemes for internally displaced persons (IDPs) of the thirty-year civil war. The debate gained more public attention when the road B379 was built right through the national park opening up a solid pathway for human hands to encroach the forest and disrupt the prolific eco-system as a whole. In the years 2011 and 2012, Kallaru continued to be encroached by human habitats while the area of Vilaththikulam in the Musalai Divisional Secretary’s Division in Mannar District has been threatened by rapid deforestation since 2015.

Interestingly, the survey department maps of 1984 does not show any main roads or minor roads within the national park. The only road marking found within the park were gravel roads and jeep tracks. Thus, the issue underlying the illegal road development dates back to the two roads that were previously used by Sri Lankan armed forces when Wilpattu was used as a battlefield during the war. It is these roads that became public roads in 2008.

In 2010, the Supreme Court granted an interim order halting all and any further development activities within Wilpattu. However, the impact of an illegal construction within a pristine eco-sensitive environment was possibly irreversible. Whilst at the outset it looks like there are enough and more laws to halt deforestation; poaching, illegal sand mining, as well as fishing, has led to a number of enforcement-related practical problems.

It goes without saying that the ready availability of a road positioned right across a resource-rich natural reserve not only enables illegal activities but also welcomes more complex issues, which often takes political forms. The vehicles travelling through the road is an outright disturbance to nature and wildlife, even leading up to severe cases of collisions and road accidents in some instances. It should be noted that the road that bisects the park is often flooded during the rainy season and becomes practically unsuitable for travel for at least 3 to 4 months of the year. Hence, after each rainy season a period of 2 to 3 months is usually taken up for repairs. Thus usually, the road is closed for almost half of the year and vehicles tend to seek alternative routes. This is an additional environmental cost due to the constant and continuous disruptions caused to the natural environment of Wilpattu.

Against this backdrop, it is vital to be reminded of the substantive legal duties and obligations on the part of the administrative authorities in conserving the natural wilderness of Sri Lanka. For example, the FFPO in its 2009 amendment, specifically stipulates that no construction project can be carried out without officially obtaining prior written approval, whether by a private party or the state (S. 9). In addition, sections 3 and 6 underpins the illegality underlying the construction of a road through a National Park and also stipulates that it is illegal for anyone to use such a construction due to restricted access. In addition to the legal framework provided by the FFPO, the Forest Ordinance, the National Environmental (Protection) Act, the Soil Conservation Act, the Felling of Trees (Control) Act, the Land Development Ordinance, the Crown Land Ordinance and the Land Settlement Ordinance have also vested substantive legal responsibilities on administrative bodies. Further, in the judgement of Bulankulama v. Min. of Industrial Development (Eppawala case) S.C. Application No. 884/99, a famous fundamental rights application, the State was considered the lawful Trustee of all natural resources within the island.

However, despite the black letter law, the failure of the administrative bodies have resulted in the recourse to the judiciary as a last resort of redress. Thus, the case against the illegal construction carried out in Wilpattu is still ongoing. However, in terms of the future of the national park and its conservation, it is not only the judiciary that has a role to play. There are a number of social responsibilities entrusted in the public, especially in terms of protecting natural resources. From understating the issue in 2010 to reassessing the issue in 2020, it is clear that despite the decade that has passed by, Wilpattu has continued to blur into the deceptive realities of the Sri Lankan socio-political landscape. However, it should also be borne in mind that Sri Lanka has to fulfill its commitment in terms of achieving the 15 Sustainable Development Goals (SDGs) by 2030, where the 15th goal is none other than the conservation of territorial ecosystems, including forest networks. Then the responsibility of preserving an ecosystem such as that of Wilpattu turns into a broader responsibility falling over the entire nation rather than one individual or an administrative body.

Lastly, it should be understood that public interest litigation is a two-way street. It requires continuous and material support from the citizenry from recognizing and acknowledging the issue of political and administrative failure, to dialogue and activism in ensuring that authorities are held duly accountable.