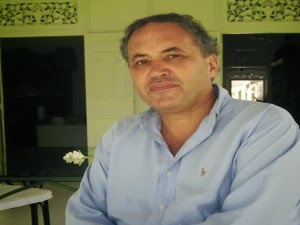 The chief architect of the annual Galle Literary Festival, British born Australian Geoffrey Dobbs has been denied entry into Sri Lanka, opposition UNP Leader Ranil Wickremesinghe told Parliament today.
He said that refusing entry to someone in the caliber of Dobbs, who had opened some hotels down south and is also mentioned in leading travel magazines, could hurt Sri Lanka’s tourism industry.

The UNP leader said that Dobbs had some issues with the Government and had to leave Sri Lanka but he was later advised to return and sort his issues.

“I also met him when he was leaving the country. I told him he knows people in the Government, I also know people, so let’s talk it over and resolve it. But today morning he had emailed me saying that when he came to Sri Lanka he was denied entry,” Wickremesinghe said.

Wickremesinghe said that the Immigration chief had informed his office that Dobbs was a “non-desirable” person to be in Sri Lanka.

The UNP leader urged the Government to discuss the issue with Dobbs and if it is something which cannot be resolved then to give him time to close his businesses in Sri Lanka and leave. (Colombo Gazette)