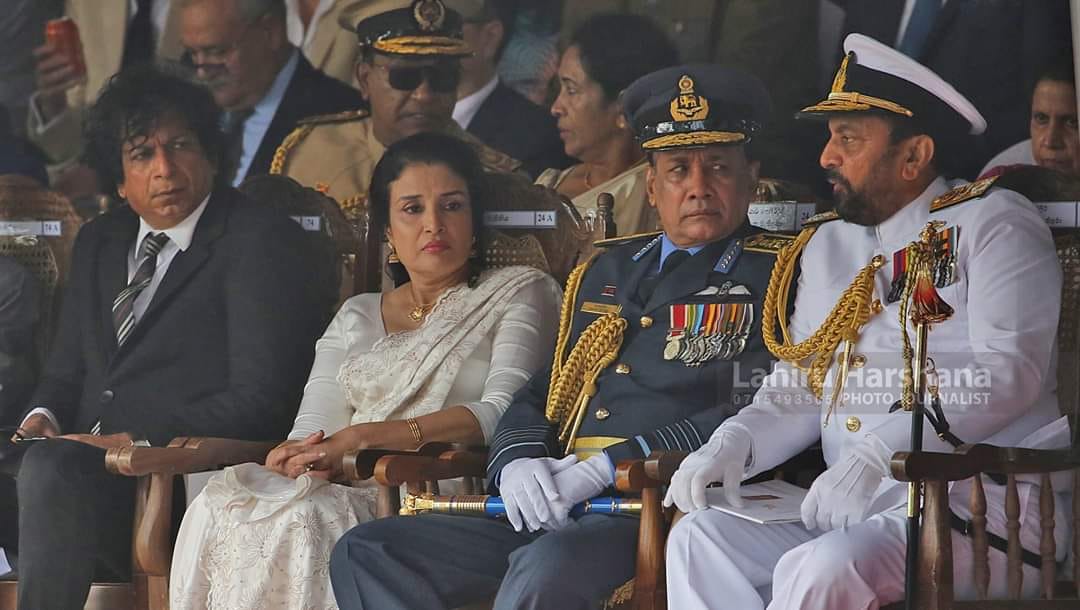 One of the stranger if not outlandish manifestations of the upending of Sri Lanka’s legal order is the ongoing tussle between the Attorney General and the Presidential Commission inquiring into alleged incidents of political victimisation of public servants during the previous Sirisena-Wickremesinghe Government.

The source of this dispute is truly extraordinary. As such, it evokes more than a passing response. The controversy arose over a ‘directive’ issued by the Presidential Commission recently ordering the Attorney General to ‘halt’ investigations into prosecutions launched against former Navy Commander Admiral Wasantha Karannagoda and former Navy spokesman D.K.P. Dassanayake over the abduction and disappearance of 11 youth, ‘until the Commission concludes its investigations.’

The directive was issued notwithstanding the fact that the ‘Navy abduction case, (as commonly referred to), is easily one of Sri Lanka’s most egregious human rights violations, ranking high in an infamous list. The case has implicated several high ranking military officers and their subordinates in a ransom racket where children were allegedly abducted for money during the Rajapaksa (the First) Presidency between 2008-2009 and consequently ‘disappeared.’ There were also allegations of a ‘cover-up’ which pointed fingers at senior state prosecutors at the time.

After a decade of spluttering through the legal process, grieving mothers of the ‘disappeared’ children had reason to hope late last year when the special Permanent High Court-at-Bar commenced hearing into the allegations. In that background, the Commission’s ‘directive’ to ‘halt’ prosecutions is extraordinary at several levels. This is not a simple matter of public servants being implicated in a few thousand missing from the public coffers that is in the issue. Further, it is the first time in Sri Lanka’s legal history that a Commission of Inquiry has issued an order to the Attorney General to halt prosecutions in an ongoing case in a court of law.

Some time ago, we had a perpetually grinning politician professing also to be a lawyer from the ‘Pohottuwa’ camp who had the temerity to pronounce from his television pulpit that the Attorney General was ‘more superior’ than a Magistrate. Now, I suppose, the thinking is that a Commission of Inquiry, appointed under the Commissions of Inquiry (1948) Act is ‘more superior’ to the Attorney General (or perchance, a High Court) in that a criminal prosecution may be ‘halted’ until a fact finding Commission of Inquiry comes to its findings.

To his credit, the Attorney General has stood his ground and affirmed in a terse rejoinder to the Commission’s ‘directive’, that the Commission has no ‘legal or statutory’ authority to order the Attorney General to refrain from performing his functions.’ But the point is, of course, that he should never have been called upon to respond in this manner in the first instance. The very fact that he was compelled to do so, speaks to the topsy-turvy nonsense that passes for Sri Lanka’s legal process. In the meantime, the ‘Navy abduction’ case continues.

This week, the Court issued summons for the third time to the former Navy Commander who despite being featured at state events, has become like the proverbial Scarlet Pimpernel for the law enforcement officers looking for him; ‘they seek him here, they seek him there, everywhere…that demmed elusive Pimpernel.’ As mothers of the ‘disappeared’ children witness this open flouting of the law, the wonder is if they have any faith left in the law at all?

In the broader context, Commissions of Inquiry must be limited to the ambit of the law under which they are established. It is a positive development that previous thinking of the newly elected regime to resort to the far more draconian Presidential Commission of Inquiry Law (1978) has been seemingly abandoned for the moment. That would have enabled the rejuvenation of a widely discredited statute. Even so, the use of its milder cousin, the 1948 Commissions of Inquiry Act must be kept within statutory confines.

In Sri Lanka as well as globally, the mandates of such Commissions of Inquiry are specifically designed to prevent conflicts of jurisdiction with courts of law. Their primary aim is fact-finding. It is indeed, as a result of that limited function that these Commissions have historically been useless in bringing about legal responsibility for abuses, whether of civil rights or in relation to financial fraud. In fact, due to this repeated complaint of civil rights advocates that appointing Commissions were a waste of public funds, the parent Act (1948) was amended in 2008 to give the Attorney General the power to institute criminal proceedings in a court of law in respect of any offence based on material collected in the course of an investigation or inquiry.’

Here too, it is the Attorney General which is given the statutory discretion to decide whether to proceed or not with a prosecution based on the Commission findings. The Commission itself does not have the power to institute a prosecution directly in respect of its findings. Thus, a decision of a fact finding Commission appointed (ostensibly) to look into political victimisation cannot be ‘superimposed’ over a criminal prosecution into grave human rights abuses. That much is quite clear. If a weaker Attorney General had bent to the Commission ‘directive’ in the instant controversy, a parody of justice would have occurred, no doubt.

Sri Lanka’s penal law and systems must not be deprived of all its sense and logic, more awfully by those who are (supposedly) trained in the law. That attempts are sought to bring about this result should not surprise us. This is precisely what happened at shameful points in our country’s history, when legal and judicial systems were purposely subverted and wrecked by diabolical legal minds with full intent. The damage was done by those trained in the art of the law, not political buffoons.

And there is a larger issue at stake. Ironically as the call for international monitoring of Sri Lanka’s wartime abuses echoes in international fora, the subversion of the legal process in respect of abuses as horrendous as this, carried out moreover with obvious complicity of state officers, only helps in making that call stronger. Showing that the law works and that accountability can be ensured domestically will be to the nation’s good.

This fact must surely be recognised if we are not to undergo the old and weary cycle of impunity and international scrutiny. For more than forty years of this country’s post-independence history, we have been condemned to repeat the twin sins of de jure impunity (laws that excuse violations if done in ‘good faith’ and prevent courts from inquiring into the same) and de facto impunity (lack of political and prosecutorial will to initiate and pursue cases to an effective conclusion). This has ensured that perpetrators of abuses are protected, at all costs.

That vicious karmic pattern must be broken.