TGTE Wants Minister Rajitha to Expose the General Behind the “AAVA Group”; 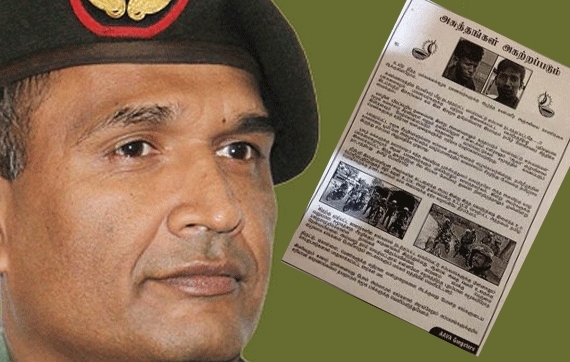 Seeking a calcification on Minister Rajitha Senaratne’s claim that the ‘AAVA Gangsters’ in the North were operating with the knowledge of former Defense Secretary Gotabhaya Rajapaksa” Transnational Government of Tamil Eelam (TGTE) has urged Minister to  to release the name of the Brigadier who leads the notorious armed group called ‘Aava’ that is terrorizing Tamils and acting as a branch of the Sri Lankan Security forces.

“Today the ‘AAVA Gangsters’ are creating havoc in the North – who is getting them to do that? Those Army chiefs, secretaries – they are still working to topple the government.”

“I will say this very clearly, the ‘AAVA Gangsters’ were created to be a disruptive force in the North by a person I will not name, on the instructions of the former Defense Secretary.”

In its statement TGTE says that “Armed groups of this type are active even after the war ended over six years ago. These groups operate with the active support of the Sri Lankan security forces, which are stationed in very large numbers in Tamil areas even after the war ended.
These armed groups are terrorizing the Tamil population and civilians are nervous to move around freely.

Meanwhile in a separate story posted by the Lanka News Web says that it was Ava Group was created by Maj. Gen. Mahinda Haturusinghe. LNW quoting unnamed souses says that “It has now been revealed that the Ava Group, the gang of criminals in motorcycles in Jaffna, was secretly created during the Rajapaksa regime by the then north’s security forces commander Maj. Gen. Mahinda Haturusinghe”