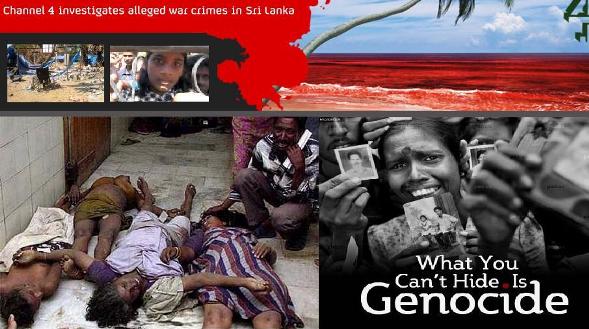 In a letter to UN human rights High Commissioner Navi Pillay, 33 Tamil provincial councillors representing North and East of Sri Lanka has called for a wider investigation on Sri Lanka. The letter followers:

”It is with utmost respect and gratitude we, the democratically elected Members of the Northern Provincial Council and the Eastern Provincial Council in Sri Lanka, jointly write this letter to you as you prepare to conclude your highly fulfilled and exceptionally accomplished service as the High Commissioner for Human Rights. On behalf of the Tamil people, we would like to thank you for your dedicated work towards justice and accountability to the victimized Tamils in Sri Lanka. We are confident that the exemplary investigative team that you and your office have put together will ensure justice to the victims.

We would like to submit the following requests to your kind consideration and would be obliged, if you could share our request with the investigative team and also with the incoming High Commissioner:

1.We request that the OHCHR investigative team, using the authority of the OHCHR, to look into all the past violations against the Tamil people at least from 1974 when the killings of Tamil people by the Sri Lankan forces started. There were several major incidents of massacres of Tamils in the 1970s, 1980s, 1990s and 2000s, and none of them were properly investigated by the Sri Lankan government.

2. The Tamil people strongly believe that they have been, and continued to be subjected to Genocide by Sri Lanka. The Tamils were massacred in groups, their temples and churches were bombed, and their iconic Jaffna Public Library was burnt down in 1981 with its collection of largest oldest priceless irreplaceable Tamil manuscripts. Systematic Sinhalese settlements and demographic changes with the intent to destroy the Tamil Nation, are taking place. We request the OHCHR investigative team to look into the pattern of all the atrocities against the Tamil people, and to determine if Genocide has taken place.

3. If the Government of Sri Lanka continues to reject entry forthe OHCHR investigative team, we request that the team considers conducting its investigation in the State of Tamil Nadu, India. ”