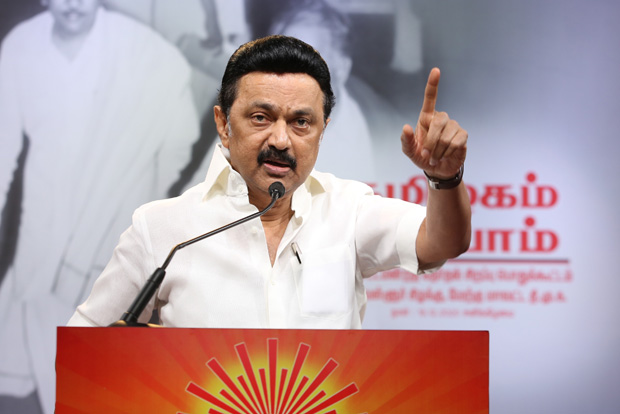 Pointing to news reports that Lanka was hopeful of India’s support at the UNHRC session on Monday in connection with the resolution, DMK president M.K. Stalin said Prime Minister Narendra Modi’s ‘silence’ over it has caused a big ‘shock’ among the Tamil diaspora and people in Tamil Nadu.

MDMK and PMK also sought India’s support to the resolution.

Recently, Sri Lanka expressed hope that India would stand by it when the UNHRC took up its latest accountability and reconciliation resolution.

This follows a UN report that called for drastic measures against those allegedly responsible for rights violations during last phase of the armed conflict with the LTTE (2009).

Stalin said India must not take a stand favouring Sri Lanka, which would be ‘an injustice’ to Lankan Tamils.

India should vote in favour of the accountability and reconciliation resolution against Sri Lanka, he said in a statement.

Also, Modi should take steps to see that support was canvassed in the UN body to bring amendments to that resolution to facilitate initiation of proceedings in the international criminal court against Lanka over war crimes, he said.

MDMK chief and Rajya Sabha MP Vaiko said India must support the resolution against Sri Lanka adding the BJP-led Centre should not ignore the sentiments of Tamil people.

PMK leader and former union minister Anbumani Ramadoss also appealed for India’s support to the UNHRC resolution, saying it should stand for human rights and peace in Sri Lanka.

Noting that justice continued to ‘elude’ Tamils killed in the Eelam war, he recalled Modi’s Feb 14 speech at a public meeting here where he promised that India was always committed to ensuring that the Tamils in the island nation lived with equity, equality, justice, peace and dignity.

The resolution accuses Lanka of war crimes with threats to take those responsible to the International Courts and impose targeted sanctions against officials allegedly responsible for human rights violations.