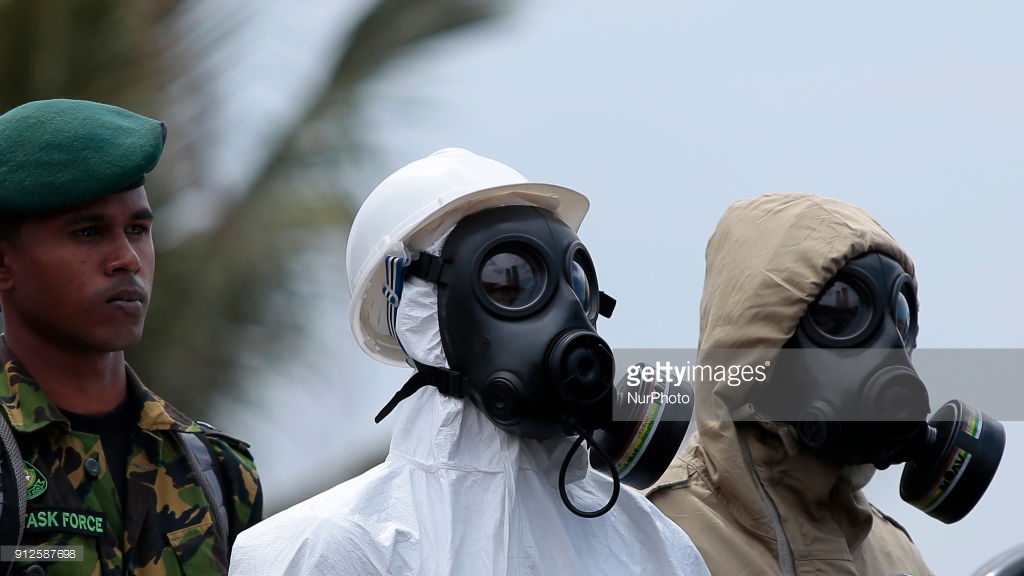 High Commissioner for Human Rights Office of the United Nations,

On February 4 Sri Lanka marks its 70th year of independence from Britain. Historically, this day has been a painful one for the Tamils both who live in Sri Lanka and those who have been forced into exile by discrimination and anti-Tamil violence. Tamil dignitaries and politicians did not attend the ceremonies celebrating the event from 1972 to 2014 in protest for the exclusion of the Tamil population from the political, economic, and cultural life of the country and the elimination of protections for non-Sinhalese Buddhist communities left embedded in the constitution at independence.

Tamil politicians only attended the ceremonies for the past 3 years in recognition of the promises that the current government made about reconciliation, equal rights and a new federal constitution. Progress on these promises has been virtually non-existent and we call on Tamil dignitaries to express their displeasure at such stalling through re-considering their terms of engagement in appropriate ways. Tamil Friends of LibDem Not only has there been little progress on reconciliation, transitional justice and political reform, but serious human rights abuses continue against the Tamil and Muslim communities, as well as journalists, human rights defenders and political dissidents. The brutal security apparatus remains in place, undiminished and unreformed, if not as visible under the current government, but ready to be deployed as those in power wish. Extrajudicial executions,1 abductions, torture, sexual violence,2 illegal land appropriation, state-sponsored population movements that change the demography of Tamil areas, religious and cultural intolerance, language and economic discrimination, political exclusion and gerrymandering, appropriation of timber, agricultural land, minerals and resources of the sea under the protection of the state, fresh occupation of Tamil lands in the guise of expansion of tourism, protection of archeological sites and military needs are all continuing under the current government.

These abuses are exacerbated by the presence of one of the highest concentrations of military forces in the world by one of the largest militaries by population in Asia, most of which remain deployed in the Tamil and Muslim areas. Such a large military is a drain on all citizens in times of peace, but especially on the Tamil population as the nearly 100% Sinhalese security forces have perfected monetary extortion through torture, sexual violence, human smuggling & trafficking,3 economic strangulation and monitoring of all civilian activity. These abuses against the Tamil population, taking place in the aftermath of the mass atrocities during and after the war that ended in 2009, and continuing under the present unity government elected on a mandate for reform are understood to be aimed at the ultimate destruction of the Tamil community as a viable entity within their own ‘area of historical habitation’ on the island.4

This Independence Day 2018, the undersigned Tamil diaspora organizations appeal to the International Community, particularly the Western and regional powers with influence and involvement in Sri Lanka, to ensure justice and lasting peace in Sri Lanka following up on consensus UN Human Rights Council Resolution 30/1 and the reaffirmation of commitments made therein through HR/34/1 in March 2017.

The resolutions called for the establishment of a credible accountability mechanism with strong international participation to investigate the war crimes and crimes against humanity committed during and after the war that ended in 2009. The resolutions also called for de-militarization of the North and East, a truth commission, action on tracing missing persons, reparations to victims and a political solution to the ethnic conflict that guarantees non-recurrence.

We bring to the attention of the international community that 3 years after Resolution 30/1, the Sri Lankan government has failed to implement even a single key mechanism for Transitional Justice. The Prevention of Terrorism Act (PTA)5 is still not repealed, the Office of Missing Persons still not operationalized, and the Special Court, truth commission and reparation mechanisms still not initiated. Your strong call in March 2017, which was echoed by several countries, for Sri Lanka to announce a time-bound action plan for implementation of its commitments remains unfulfilled. Mothers of the disappeared have been protesting on the roadside for over a year on the lack of action, while Tamil politicians and civil society note the failure to repeal and the continued use of the PTA at every opportunity.

In 2018, we resolve to use all available diaspora resources to support action against accused war criminals in Sri Lanka through universal jurisdiction.

To this end, we call upon the international community to strongly act, including executing travel bans on the accused, implementing asset freezes on war criminals and human rights abusers, and seeking detentions and prosecutions when identified war criminals travel to or through their countries. As the long promised constitutional reform in Sri Lanka drags on, we ask concerned governments and human rights bodies to push for the incorporation of transitional justice provisions in the new constitution.

As Sri Lanka gears up for the 70th anniversary of its independence, democratic governments around the world and the United Nations officials taking part in the festivities must call for Sri Lanka to commit to a time-bound plan to implement the totality of the transitional justice provisions. We urge you in your influential position to issue specific alternative measures to address Sri Lanka’s non-compliance with the Human Rights Council resolutions, including possible referral to the UN Security Council.

5. People for Equality and Relief in Lanka (PEARL-USA)

1 SR Mendez in May 2016: “I have received allegations of recent so-called “white van abductions” – a reference to practices that in the past led to enforced disappearance of persons.” http://www.ohchr.org/EN/NewsEvents/Pages/DisplayNews.aspx?NewsID=19943 , of Sinhalese: http://alrc.asia/srilanka-extrajudicial-killings-with-impunity-are-increasing/

5 In August 2016 the UN Committee on Racial Discrimination found that the PTA is disproportionately used against Tamils. https://www.amnesty.org/en/countries/asia-and-the-pacific/sri-lanka/report-sri-lanka/ Ben Emmerson, then the UN special rapporteur on the promotion and protection of human rights and fundamental freedoms while countering terrorism, said after his July 2017 visit to the country: “The use of torture has been, and remains today, endemic and routine, for those arrested and detained on national security grounds.” He noted that the PTA was used “disproportionately against members of the Tamil community,” and that the community “has borne the brunt of the state’s well-oiled torture apparatus.” according to https://www.hrw.org/report/2018/01/29/lockedwithout-evidence/abuses-under-sri-lankas-prevention-terrorism-act