Tamil Civil Society Forum Decides not to Give Evidence on Disappearances 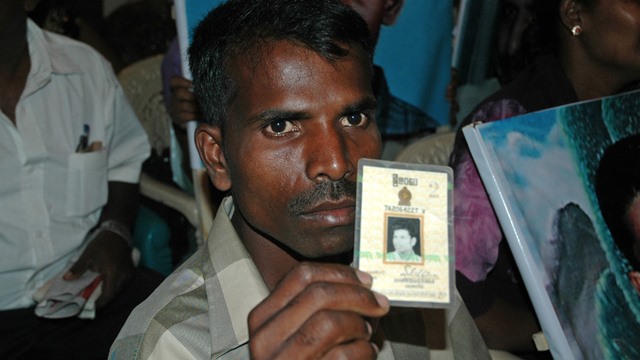 1.The relatives of those who have been forcibly disappeared are tired of going before various mechanisms set up by the Government of Sri Lanka from time to time. No results whatsoever have been forthcoming from such inquiries. Many questions have been raised about the terms of reference and capacity of this commission to act on the issue of enforced disappearances. Concerns have been raised previously about the Government’s initiative to issue death certificates for enforced disappearances in parallel to the work of this commission. The line of questioning adopted by the commissioners in past hearings also indicates that the commission is primarily interested in inquiring into the socio-economic support provided to relatives of those forcibly disappeared as opposed to tracing the whereabouts of those who have been made to disappear. The role of the international experts has also not been made clear. Recent reports suggest that one of the international experts so appointed was also hired by the then Sri Lankan Government to advice them on how to handle international community pressure on human rights issues, clearly pointing to a conflict of interest in his appointment as an expert. So far the commission or the Government have not responded adequately to any of these issues.

2.The expansion of the mandate of the commission in July 2014 on an ad hoc basis giving the commission mandate to investigate other issues other than enforced disappearances doesn’t inspire confidence in the commission. It is indeed our position that all aspects of violations committed during and after the war have to be investigated but this cannot be done haphazardly. The piece-meal expansion of your mandate points to the lack of seriousness of your commission’s work and to its politicization.

3.The Government of Sri Lanka that took office on the 9th of January 2015 has been campaigning internationally that they will set up a credible domestic mechanism in response to the UN Human Rights Council mandated inquiry into Sri Lanka (OISL). They have sought and received a postponement of the OISl report primarily on this promise of setting up a domestic credible mechanism. However the present Government also seems to continue with the approach adopted by the previous regime towards truth, justice and accountability of which your commission’s continuance is a prominent example. Your commission continues to function under the new government without rectifying any of the concerns raised by civil society activists and those affected.