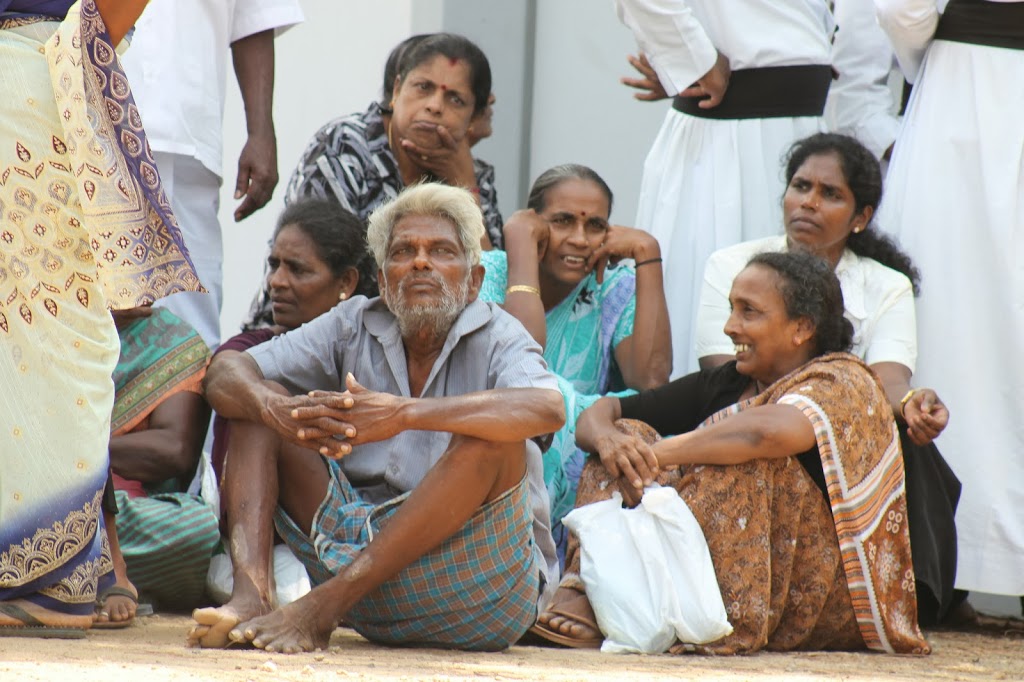 Tamil Christian Clergy from North-East Sri Lanka call for an international investigation mechanism from the UN Human Rights Council
Before the 19th and 22nd sessions of the UN HRC, some of us, as Tamil Christian clergy serving in the war ravaged North and East of Sri Lanka, wrote to the members of the UN HRC, appealing to appoint an international mechanism to look into allegations of violations of international humanitarian and human rights law, during the war in Sri Lanka. We have experienced, heard and seen indications of numerous such allegations. Our own experience and knowledge correspondent to the findings and recommendations of the UN Panel of Experts, the UN High Commissioner for Human Rights and well known Sri Lankan and international human rights organizations.

Some of us have engaged with the government of Sri Lanka and numerous governmental bodies and ad hoc Commissions of Inquiries such as the LLRC, but almost 5 years after the end of the war, we have not seen any truth and justice emerging from domestic mechanisms. On the other hand, some of us and others who have engaged with domestic mechanisms have been interrogated, threatened and intimidated.

The letter and spirit of even the limited positive findings and recommendations of the LLRC are not being implemented. And even the symbolic recommendations, such as those related to singing of the national anthem in two languages, commemorating the dead, public apology have not been implemented.

Disappearances, sexual abuse, arrests, detention and torture under the Prevention of Terrorism Act, restrictions and attacks on freedom of assembly, expression, association and movement continue to date. Collective commemoration of dead and disappeared and religious freedom is restricted. Those who criticize, question and challenge government policies and practices, and those who engage with the international community on human rights issues, are branded as terrorist supporters / traitors. They are threatened, interrogated, intimidated by the government’s security apparatus. Some of us have also been targeted in this manner. We are aware that writing this letter and engaging with the UN HRC itself can make us vulnerable to risks, and several of the more vulnerable clergy are not signing onto this, even though they agree with the contents.

We are aware and concerned that such incidents have also spread to other parts of the country, including attacks on Muslim and Christian communities across the country.

At the same time, we are concerned about the post war intensification of systematic efforts to destroy the identity of the Tamil community. This is particularly so by grabbing land for military establishments, development projects and government organized settlement of Sinhalese in the North and East, where Tamils have historically been the majority. The imposition of majority Sinhalese language and majority Buddhist religion in the North and East is another indication of attempts to destroy our identity. There has been no genuine political process to address the root causes of the conflict, which are being aggravated. Thus, there is a need for the international community, through the UN, to find creative ways of assisting Tamils to live in dignity as a nation.

Many of the announcements made by the government are red herring to deceive the international community. The appointment of yet another Commission of Inquiry to look into disappearances, a new census conducted to determine casualties and damages during war, announcement of South African styled Truth & Reconciliation Commission, military tribunals investigating allegations against themselves, are some of the latest  such efforts. The mandate given to the Tamil National Alliance by over 78% of the people in the Northern Province is not being respected and in this context, the holding of the elections is becoming meaningless.

It is in this context that we are appealing to you again, to adopt a resolution at the 25th session of the HRC in March 2014 that will appoint an international investigative mechanism that will note the above and will;

1.    investigate allegations of violations of international human rights and humanitarian law during the war by all parties to the conflict, moving beyond existing findings, such as “credible allegations”, which have already been established by the UN Panel of Experts and others

2.    identify clearly specific units and individuals responsible, with a focus on most responsible senior officials
3.    monitor ongoing human rights violations all over Sri Lanka
4.    monitor progress, assist and advice on domestic accountability mechanisms for past allegations
5.    consist of experts from different parts of the world, and supported by a well resourced secretariat with competent full time staff
6.    receive input from the Office of the High Commissioner for Human Rights and Special Procedures of the UN HRC
7.    provide for victim and witness protection
8.    have an initial mandate of one year, with an interim report being presented to the 27th session of the UNHRC and full report to the 28th session of the UNHRC, where an extension and enhancement of the mandate could be considered
9.    recommend  next steps at national and international level towards ensuring accountability
10.  have unrestricted access to all relevant places, people and documents.