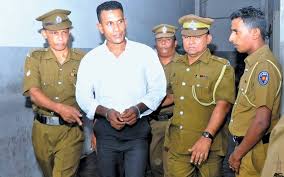 Tamil National Alliance (TNA) Spokesperson and former MP, M.A.Sumanthiran, has reacted sharply to the Presidential pardon given on Thursday to Sri Lankan Army Sergeant R M Sunil Rathnayake, who was sentenced to death for killing in cold blood, eight Tamil captives including a child at Mirusuvil in Tamil-speaking North Lanka in 2000.

“If there had been no case against Rathnayake two courts of such strength would not have passed the death sentence against him,” Sumanthiran pointed out. “It was a clear case of cold-blooded murder,” he asserted.

However, the pardon was expected, Sumanthiran said.

“Gotabaya Rajapaksa had made releasing detained servicemen an election pledge and had reiterated his resolve after he won the election in November 2019. He had been contending that the cases against the servicemen had no basis at all.”

Sumanthiran said that the pardon further confirms the impression among the Tamil people that they would not get justice from the Sri Lankan State when the offender is a military man, even if the offense is committed against civilians including children.

Asked on what grounds the convict was pardoned, Sumanthiran said that the President need not give any reason for pardoning a convict but there is a consultative procedure to be followed.

“At any rate, it was a political decision on the part of the President, aimed at letting the Tamil people know that they would have to pay for not voting for him in the Presidential election,” Sumanthiran added.

It is regrettable that the pardon should come at a time when the Tamils of the Northern Province are already deeply anxious about the spread of the coronavirus and the entire province is under a lockdown, Sumanthiran said.

The President’s decision could also be aimed at getting the votes of the majority Sinhala community in the coming parliamentary elections other political observers said. For the majority community, the Security Forces are liberators of the country from the clutches of Tamil separatists and terrorists. For the Sinhalese nationalists promising to release servicemen held for alleged human rights violations during the war and releasing them, are just and proper steps.

Rathnayake, who was attached to the Long Range Reconnaissance Patrol (LRRP) of the Lankan army, was sentenced to death by the Colombo High Court on June 25, 2015 for his alleged involvement in the Mirusuvil massacre on December 19, 2000. The former soldier, who was the first accused in the case, was found guilty of the murder of eight civilians including a child. The victims’ bodies were buried in a mass grave.

According to the evidence of District Medical Officer, Dr. C. Kathirvetpillai, the throats of the victim had been slashed. The dead included three teenagers and five-year-old Vilvarajah Prasath. The murders came to light because one of the arrested, Ponnuthurai Maheswaran allegedly escaped from Army custody with serious injuries and informed relatives.

The Mirusuvil case dragged on for about 13 years, and 13 out of the 14 soldiers barring Rathnayake were acquitted due to insufficient evidence.

On November 27, 2002, the Attorney General indicted five accused on 19 charges in the murder of eight civilians before a High Court at Trial-at-Bar in Colombo. The Trial-at-Bar bench found former Staff Sergeant R.M. Sunil Ratnayake guilty of multiple counts including murder and sentenced him to death. In Sri Lanka death sentences are not carried out. Therefore, Rathnayake was in effect serving a life-long sentence.

On May 20, 2017, a Supreme Court five-judge bench had also unanimously affirmed the conviction and the death sentence.