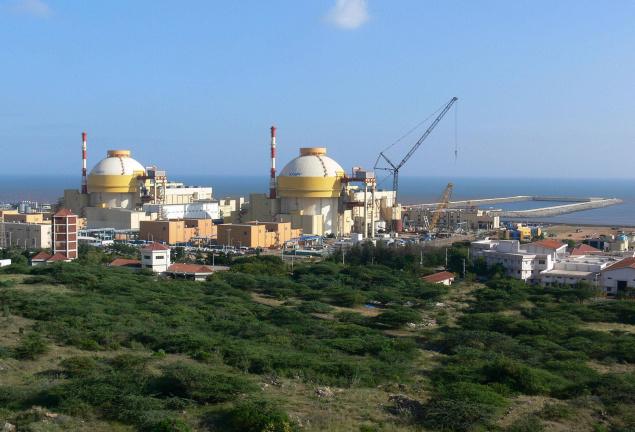 Taken aback by what it describes as “propaganda” in Sri Lanka against theKudankulam nuclear power plant, India has offered to discuss the safety aspect of the pressurized water reactors with Lankan authorities. The dialogue mechanism between the two nations for cooperation on nuclear issues will include talks on Kudankulam safety when a Sri Lankan committee visits India later this year.

“The safety aspect will be a part of the broader agenda for talks over cooperation in nuclear energy but we are already telling them that India will abide by all international conventions over nuclear safety at Kudankulam,” said an official dealing with Sri Lanka.

Although the government in Sri Lanka has not raised any objection to the reactors, the Indian establishment in Colombo has been stunned by a spate of reports in the local media — in the run-up to loading of fuel in the first unit at Kudankulam – about how these reactors were going to adversely impact the island nation. Earlier this week, the Indian high commission issued a clarification saying that safety measures instituted at the plant were of the highest order.

“India is party to the Convention on Nuclear Safety (1994), Convention on Early Notification of a Nuclear Accident (1986), and the Convention on Assistance in the case of a Nuclear Accident or Radiological Emergency and is fully aware of, and complies with, its obligations under these conventions,” it said.
“The Kudankulam Nuclear Power Plant is a state-of-the-art plant that is compliant with the highest safety standards available in the nuclear industry today,” it added.

While it is well known that India’s vote in favour of a US-sponsored resolution at the UN Human Rights Council against Sri Lanka has infused fresh life into anti-India elements in the country, Indian officials have been surprised by the intensity of what seems like a hate campaign against New Delhi.

Frivolous reports India is aiming missiles at Sri Lanka
Apart from those on Kudankulam, there has been another series of reports about India aiming its missiles at Lanka’s strategic installations. Indian officials, for weeks, looked upon these reports as too frivolous to merit any reaction but were forced to issue a statement on Thursday after these refused to die down.

“Speculation on such sensitive issues, in a manner calculated to mislead, is out of tune with the spirit of the friendly and close relations India and Sri Lanka enjoy, including in the fields of defence and security,” said the high commission statement, adding that India’s indigenous missile programme was defensive in nature.
Times of India