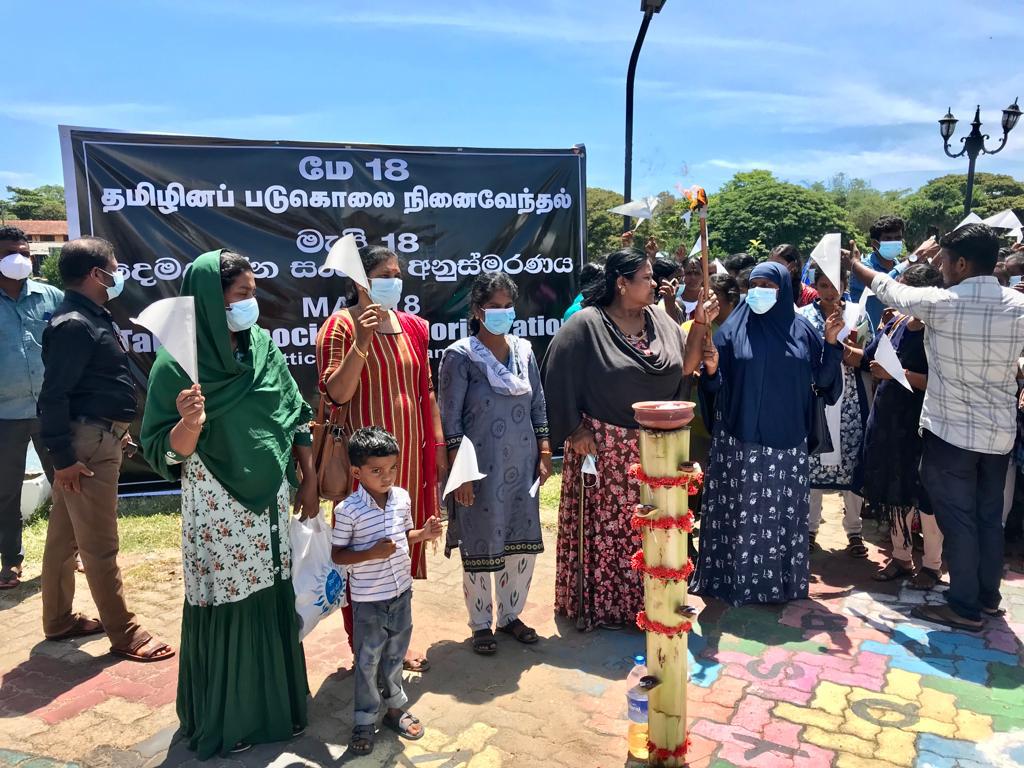 On this day of May 18th, 2022, We the war affected marginalized people of North and East Sri-Lanka, grassroot civil societies and human rights activists have come together to observe our loved ones who were killed in the war. As a minority ethnic community of this island, we Tamils of North and East suffered by the ruthless war waged against us by the state for three decades. In 2009, the last stages of the war civilians including infants, pregnant women and elderly people were killed by continuous shelling and areal bombings. Civilian locations were targeted. Sri-Lankan state used chemical bombs and heavy weapons against civilians who were caught inside the “no fire zone” in Mullaitivu district. According to sources more than 40,000 civilians were killed in the last stages of the war.  Several thousands were injured, lost their limbs, distorted and several of them are still living with shrapnel and bullets in their bodies. 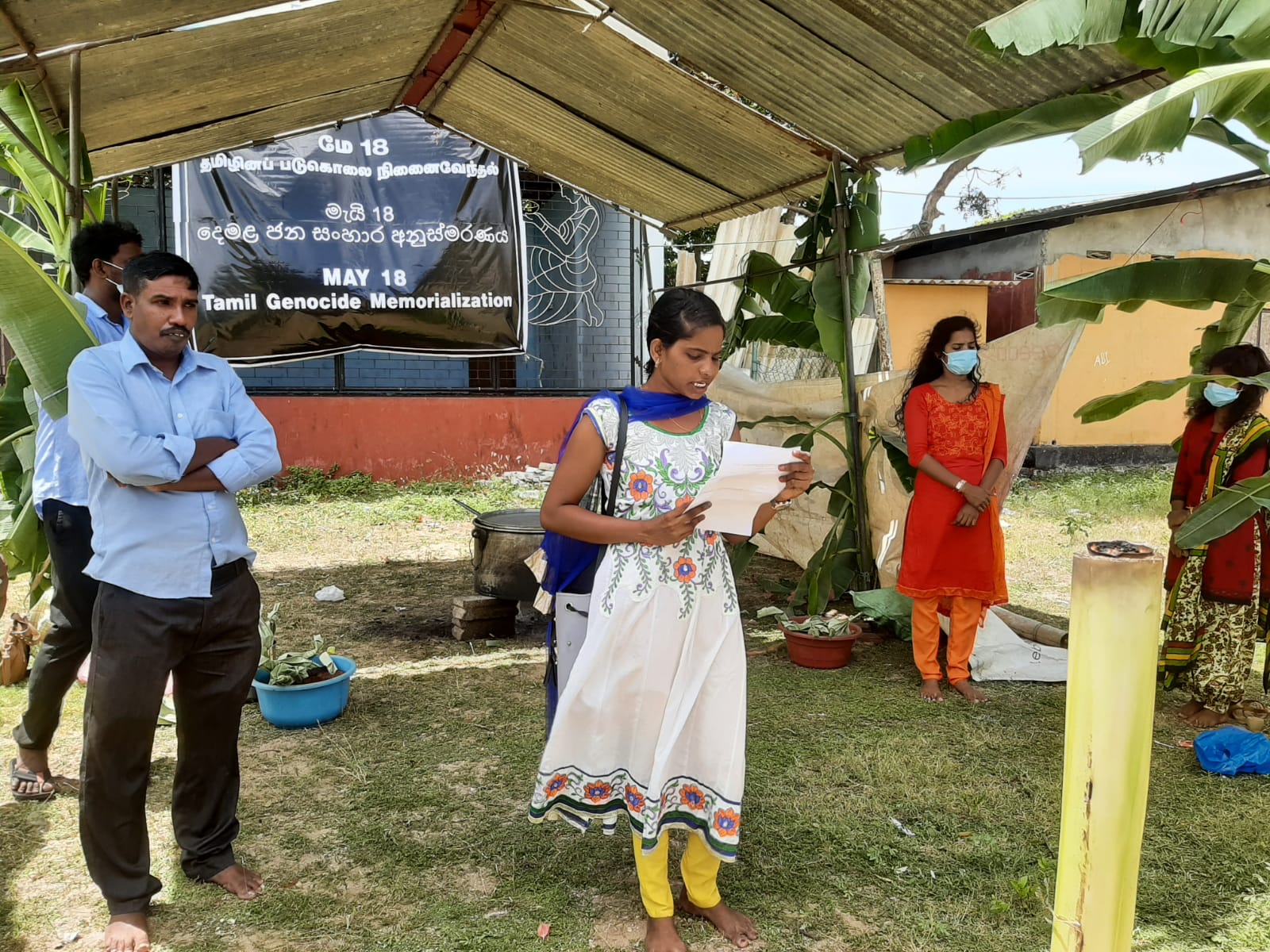 As food and medical supplies were obstructed, starvation and hunger prevailed.  People were served rice kanji (porridge) without salt.  When children had gone to collect kanji they were caught in to shelling. When women, pregnant women, children and elders stood in line to collect food stuff they were bombarded. People ran to protect their lives leaving the dead bodies of their loved ones.

End of the war thousands of men and women were detained by the state military. Families handed over their children to the military trusting that they will be sent back. But several of them who were surrendered or arrested by the military yet not returned and their where abouts are not known. Tamil community is still suffering with collective trauma. 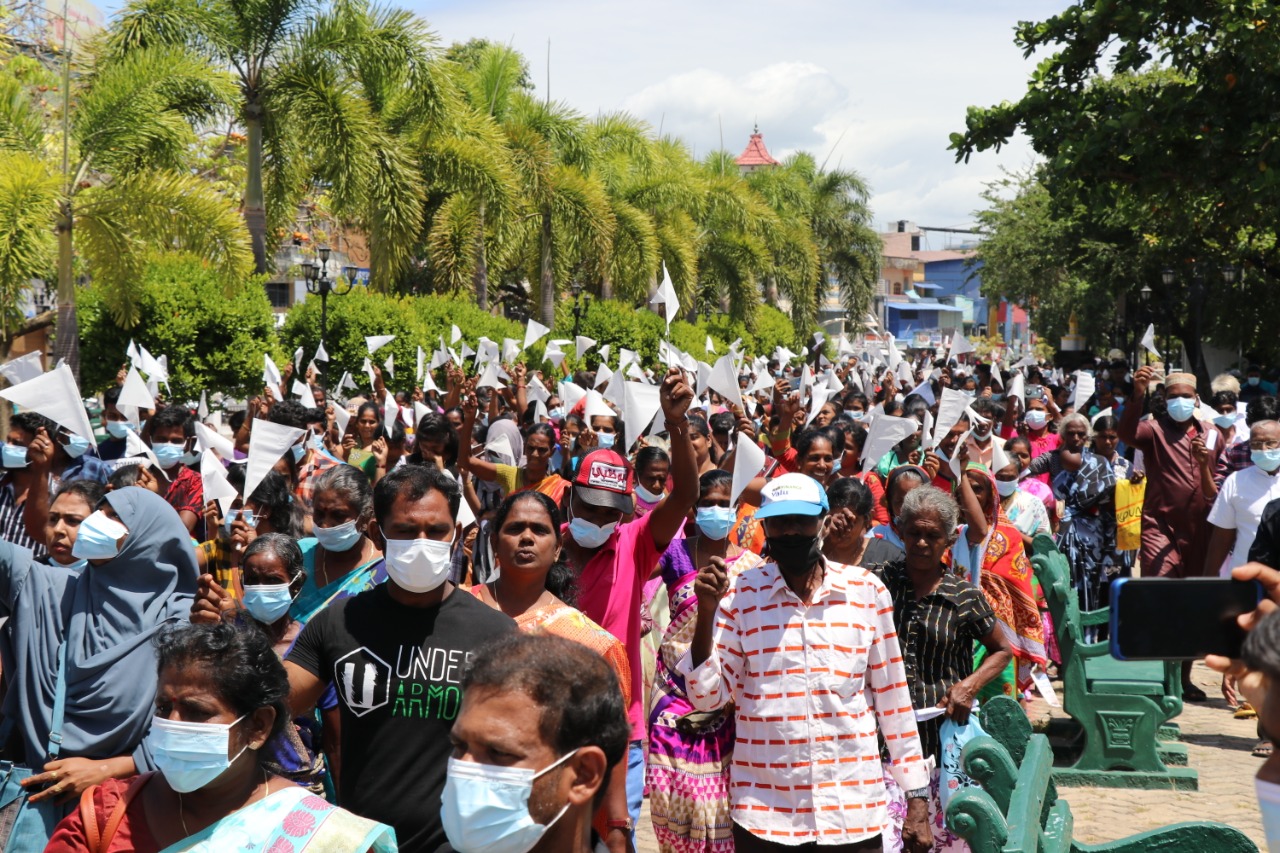 The collective sufferings and the mass murder of more than 40,000 Tamils during the last stages of the war has still not recognized as genocide by the international community or by the successive Sri-Lankan governments.

Therefore, we call upon the international community and the Sri-Lankan government to recognize Tamil Genocide.

Further we recommend for: