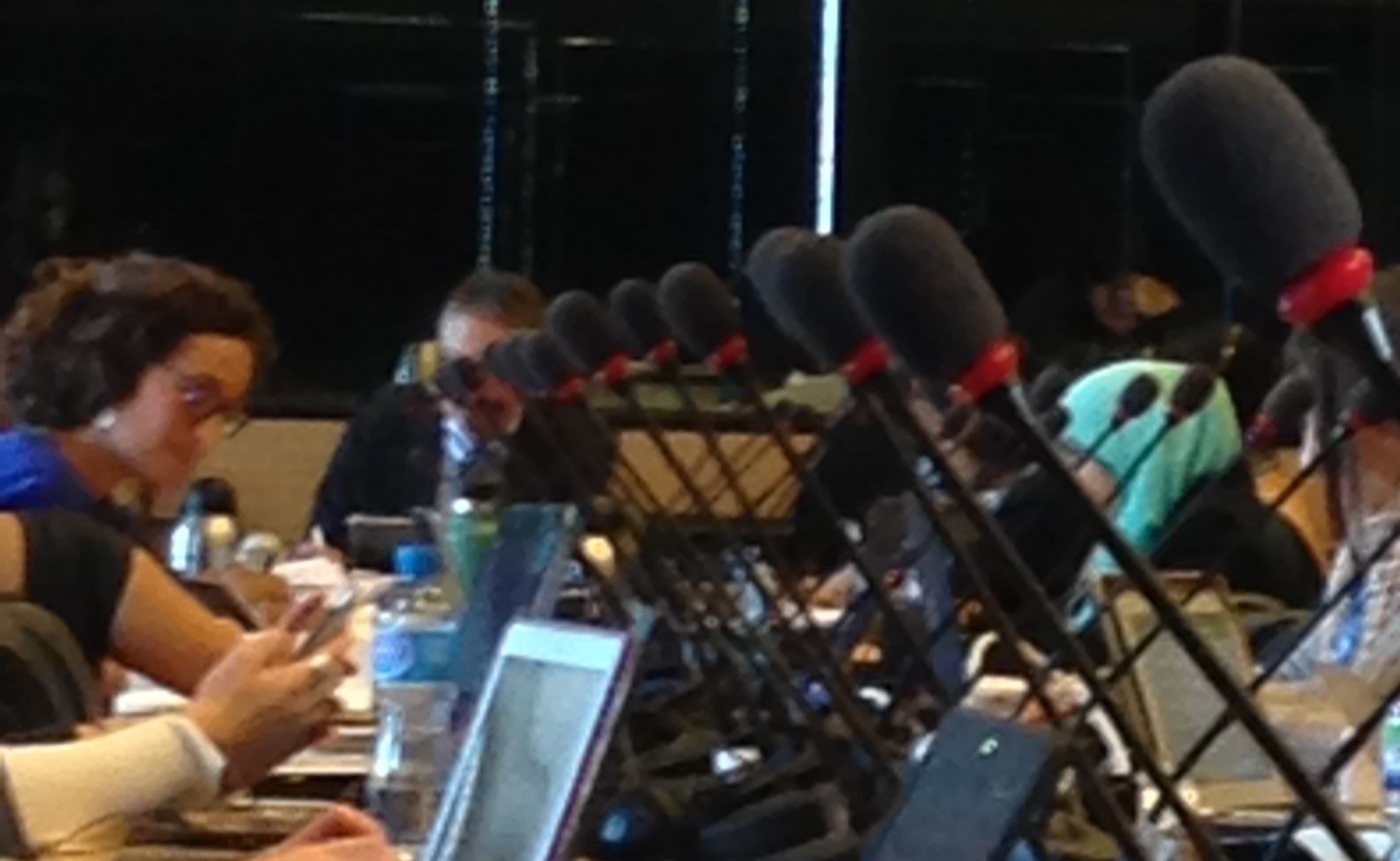 The United Nations Committee Against Torture (UNCAT) is holding its 59th session from November 7 to December 7 in Geneva, Switzerland. Sri Lanka was recently under the microscope of the committee and, to put it mildly, things did not go smoothly. The fact that Sisira Mendis, Sri Lanka’s chief of national intelligence, participated the two-day affair didn’t help matters.

Frankly, Sri Lanka’s inclusion of Mendis in the official delegation is truly alarming. On the other hand, the Sri Lankan government might argue that, as a high-level member of Sri Lanka’s defense establishment, Mendis would ostensibly be uniquely positioned to respond to allegations of torture allegedly committed by members of the country’s security apparatus. And yet Mendis was either unable or unwilling to provide even a perfunctory response to queries from the committee.

“The government of Sri Lanka demonstrates an appalling indifference to the rule of law and their compliance with the Torture Convention that they are signatories to, by including in their delegation to Geneva to appear before the UNCAT a man who had command responsibility for the country’s most notorious torture site – and was then brought back out of retirement by the new government to be the intelligence chief,” says Yasmin Sooka, executive director of both the International Truth and Justice Project – Sri Lanka (ITJP) and the Foundation for Human Rights, a grant-making organization in South Africa. Mendis’s presence “shows contempt for the victims and crushes any hope of real change in Sri Lanka.”

Torture and related abuses are problems that have plagued the island nation for decades and it’s something that has continued under the watch of the newly elected coalition government, which is led by President Maithripala Sirisena and Prime Minister Ranil Wickremesinghe.

A range of civil society organizations submitted reports for this UNCAT session. Here’s a paragraph from ITJP’s report:

“Violations which continue to be perpetrated under the Sirisena administration include ongoing harassment and intimidation, “white van” abductions and torture including sexual violence of Tamils suspected of even low level association with the [Liberation Tigers of Tamil Eelam] LTTE or involvement in legitimate democratic political activity. Targeting is based on intelligence gathered by covert networks, including ex LTTE informers, that remain actively engaged. The parameters of such intelligence objectives now appear to extend to preventing and constraining legitimate political and human rights activities.”

There are relative bright spots. “This [UNCAT session] was an extraordinary moment for victims for the first time to see a man from the security establishment challenged about his past,” says Sooka. She goes on to say that “[t]his could be a tipping point – a moment when victims are emboldened and see that it is possible to challenge the perpetrators – or it could herald a new crackdown inside Sri Lanka.”

While Mendis’s presence in Geneva doesn’t seem to make any sense, it’s another reminder of the institutionalized impunity which has troubled the war-torn nation for far too long. “If Sri Lanka is serious about accountability they should arrest and charge this man on return to the island,” asserts Sooka.