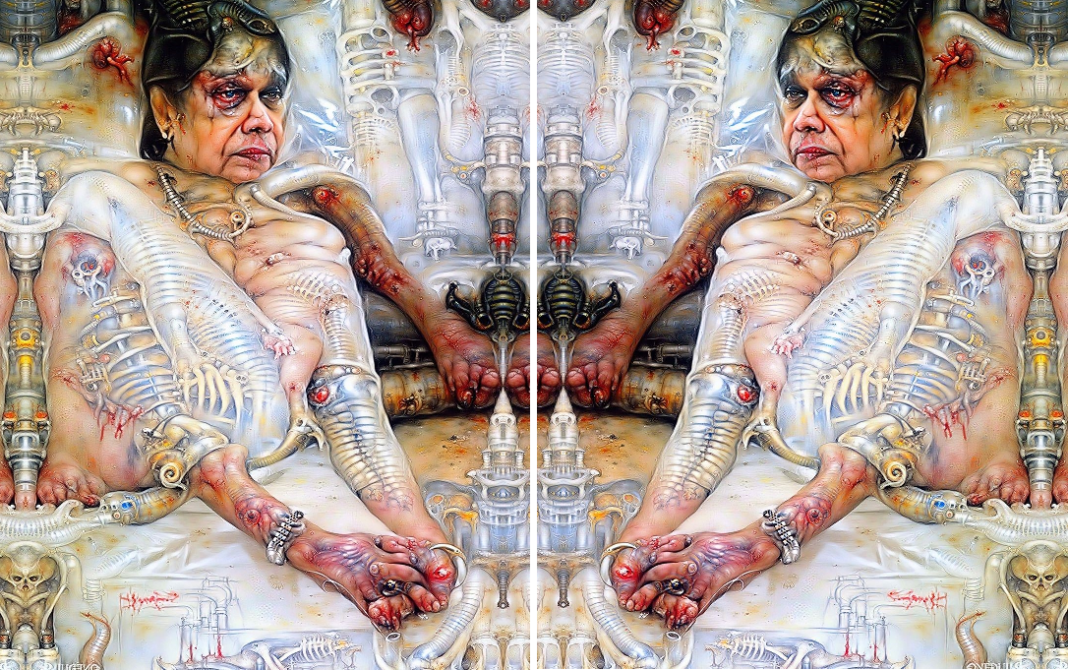 Sri Lanka President’s personal shaman known as “Gnana Akka” has been commissioned to charm protesters demanding his resignation over the worsening economic crisis, reports Economy Next.

After a six-week hiatus following former MP Hirunika Premachandra’s attempt to storm Gnana Akka’s Anuradhapura shrine, the shaman resumed her operations on Tuesday, sources close to her told the EN.

Although her services were unavailable to lesser mortals, Gnana Akka had been charming tonnes of bottled water that had now been delivered to the Galle Face “Gota Go Gama” protest site, the sources have tole the EN.

“Thousands may have already drunk the charmed water that is sent as ‘donations’ to the Gota Go Gama,” the source said adding it was done with military precision.

It further says that:

“Gnana Akka has assured those behind the operation that anyone who drinks this water will be subdued and eventually give up their agitation against the President and his family. The idea is that the Gota-Go-Home campaign will fizzle out.”

The ritual to charm bottled water had been difficult. She had wanted two dozen wildflowers which were not easy to find in her Anuradhapura district and some exotic flowers had been flown from neighbouring India.

In mid-March, Gnana Akka feared for her life and took shelter in an undisclosed location after former lawmaker Premachandra led dozens of women and attempted to march to her shrine.

Premachandra said she wanted to consult Gnana Akka for a reading on the current situation in the country.

The shaman was tipped off by the police that an angry mob was trying to storm her residence. Dozens of heavily armed police and security personnel were deployed to guard her shrine to goddess Kali. (COLOMBO, May 5, 2022)

Gnankka, a former female hospital attendant  turned Shmanka saya that she is an reincarnation of goddess Kali. She has been given police an military protection on the top of ignoring her illegal business activities.

Another web site reported that even rural  bridges built under Rajapaksa regime has red coloured arches that can make people support Gotabaya Rajapaksa. Her charming hand band too is of red colour.

The video is in Sinhala.