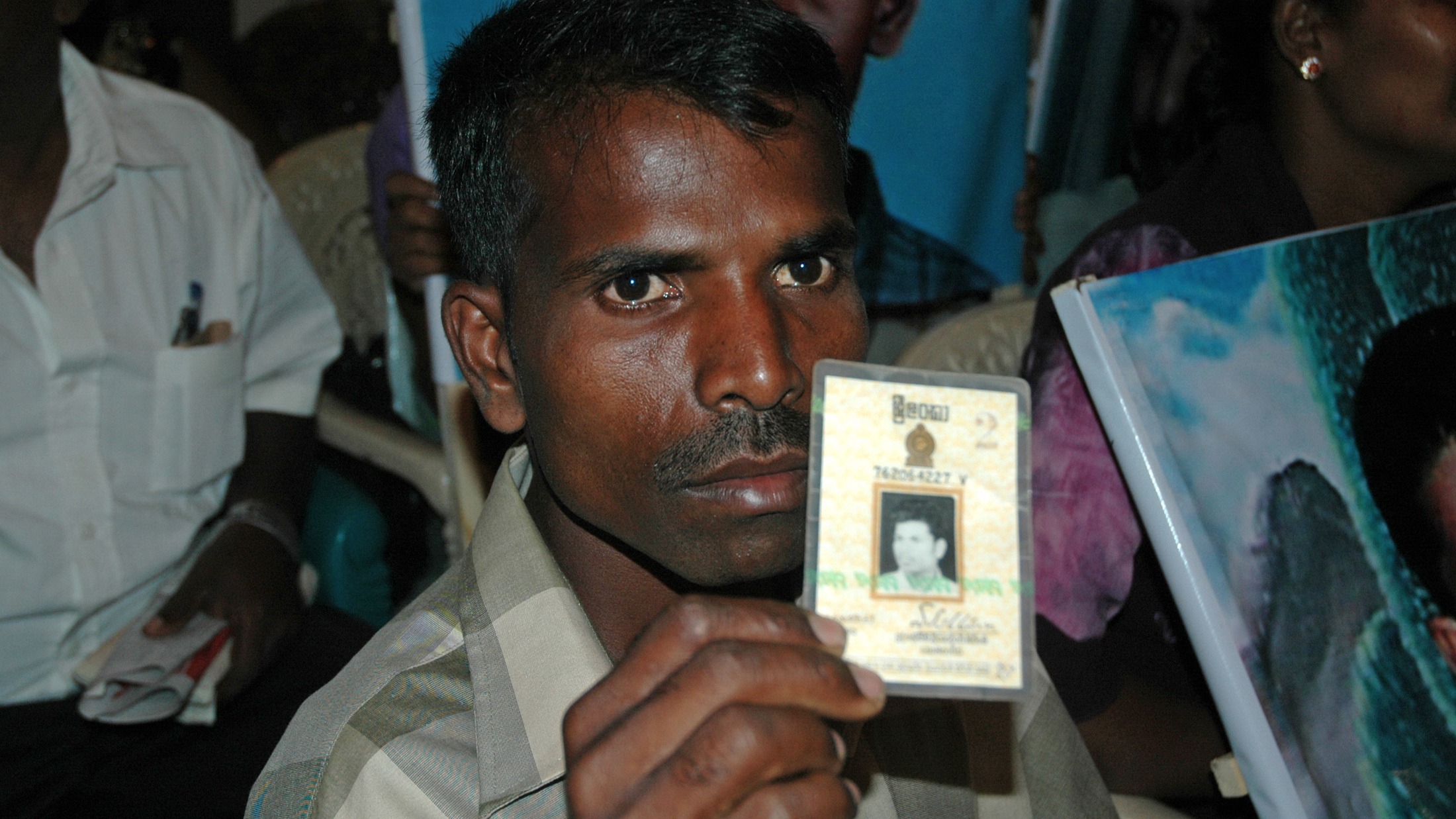 Another step towards implementing the UNHRC resolution was taken by Prime Minister Wickremesinghe last Tuesday. He obtained ministerial approval for a two-page cabinet memorandum for “the Establishment of Office on Missing Persons (OMP).” His memorandum was accompanied by an 18- page draft law for the setting up of this office. That will be to: Provide assistance to relatives of missing persons; set up a database of missing persons; and set out procedures and guidelines applicable to the powers and functions assigned to the said office,

The draft legislation is based on the resolution which welcomed “the commitment of the Government of Sri Lanka to sign and ratify the International Convention for the Protection of All Persons from Enforced Disappearance without delay, to criminalise enforced disappearances and to begin to issue certificates of absence to the families of missing persons as a temporary measure of relief.”

Premier Wickremesinghe’s memorandum said “the proposed OMP should have sufficient administrative and investigative powers, including those granted to Commissions of Inquiry, which powers should extend to the power to compel the co-operation of persons, and State institutions and officers in the course of its investigations. The OMP should also draw on the work of other Commissions which have looked into allegations of disappearances/missing persons.”

It adds: “While the OMP will not engage in prosecutions, it should be vested with investigative powers to be exercised for the purpose of clarifying the fate of the missing person and the circumstances related to the disappearance, and communicating such to the relatives of the missing persons. It should also create public awareness with regard to the incidence of missing persons, and make appropriate recommendations, including recommendations with regard to necessary institutional, structural, administrative and legal reform. The findings of OMP will not give rise to civil or criminal liability.”

TNA leader Sampanthan responded cautiously to the OMP proposal. He said, “We don’t know the full contents. I believe the Bill will come before Parliament soon. We will study it. We are happy the Office of Missing Persons is being set up. We hope they can bring the matter of missing persons to a closure. Normalcy must be restored.” Tamil groups have also expressed dissatisfaction alleging that the Government had gone ahead formulating new legislation without consultation with families of those who disappeared. However, Foreign Minister Samaraweera dismissed the accusations saying they had sufficient time to make representations.

The draft OMP law makes provision for the setting up of a Tracing Unit that will be responsible for tracing, searching for missing persons, assisting in clarifying the circumstances of such disappearance, and the whereabouts and fate of such missing persons. The OMP is being empowered to raise funds to achieve its mandate, including but not limited to obtaining grants, gifts or endowments from the national or international community. Those who fail to appear before the OMP when summons is issued, refuse to answer any question or hinder its work shall be guilty of an offence of contempt. The draft law defines a “missing person” as a person “whose whereabouts are reasonably believed to be unknown to persons who would naturally have heard of him had he been present, unless and until there is reliable evidence of death, due to the following circumstances:

In the course of, consequent to, or in connection with the conflict which took place in the North & East or its aftermath, or is a member of the armed forces or police who is identified as “missing in action”; or
In connection with political unrest or civil disturbances or
As an enforced disappearance as defined in the “International Convention on Protection of All Persons from Enforced Disappearances.”

The draft law has given a six-point mandate to the OMP. They are:

The OMP will be vested with powers to receive, from any relative of a missing person, or any other person or organisation, complaints relating to missing persons, irrespective of when such person may have become a missing person. It will also be empowered to initiate an inquiry pursuant to complaints or on the basis of information received from previously established Commissions of Inquiry, Commissions on missing persons or Commissions which have inquired into allegations relating to disappearances or missing persons. Powers are also being provided for the OMP to apply to the appropriate Magistrate’s Court having territorial jurisdiction, for an order to carry out an excavation and/or exhumation. It could also make an application to the Magistrate for the issuance of a search warrant, to enable Police or specified officers of the OMP, to search any premises suspected to contain evidence. Upon completion of investigations the Commission is to issue a report to the Registrar General for the issue of a Certificate of Absence or a Certificate of Death. The OMP will also have its own Witness Protection Division to “protect the rights and address the needs and concerns of victims, witnesses and relatives of missing persons.”

The President shall appoint, within 14 days of receipt of the recommendation by the Constitutional Council the Chairman and members of the OMP. They will serve a term of three years.