Sri Lanka’s misery should be warning to us all on global food, fuel and finance crisis: UNDP 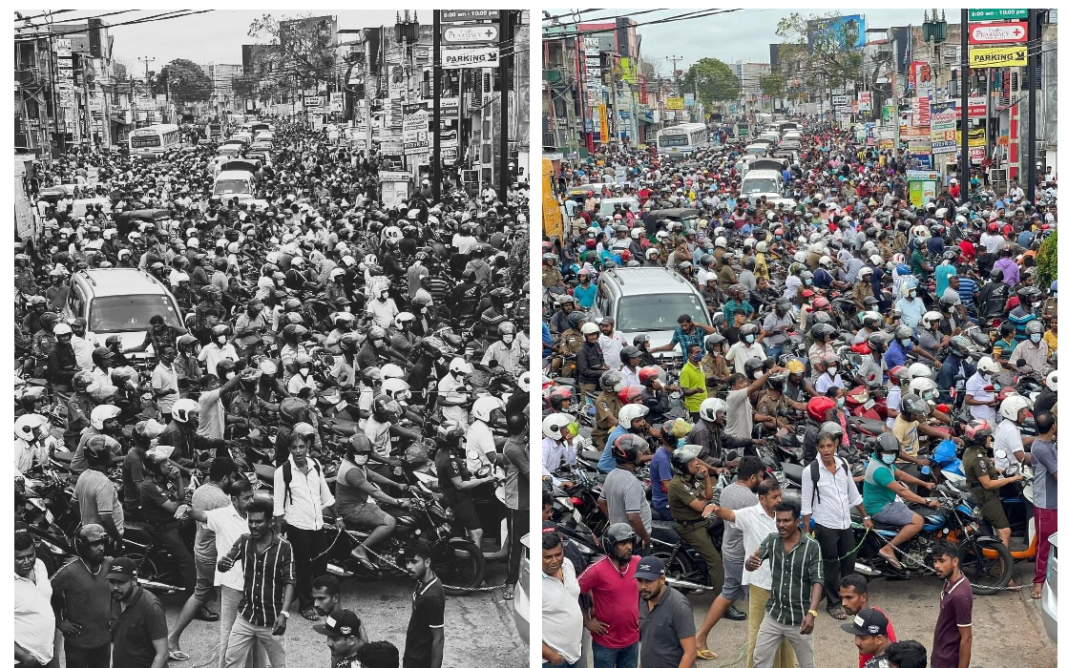 “We’re witnessing a tragic series of events that are unfolding in Sri Lanka right now that should be a warning to anyone who thinks that, you know, it is up to countries themselves to figure out how to deal with this crisis,” said Achim Steiner, Administrator of the UN Development Programme (UNDP), in reference to the South Asian nation’s debt default last month – the first in its history.

“That default essentially means the country is no longer able to pay – or not only service – its debt, but actually to import fundamental parts of what keeps an economy alive, whether it is petrol or it is diesel, whether it is fuel, whether it is medicines,” Mr. Steiner added.

The warning came as new data from the UN Food and Agriculture Organization (FAO) indicated that the number of people affected by hunger globally rose to 828 million in 2021, an increase of about 46 million since 2020, and 150 million since the outbreak of coronavirus.

Speaking at a virtual briefing at UN Geneva to flag a series of policy recommendations that countries could follow to withstand the global food, fuel and finance crisis, UNDP Senior Economist George Gray Molina noted that many countries had faced 36 months of “shock after shock after shock”: first COVID-19, then Russia’s invasion of Ukraine on 24 February, the latter in particular shaking global food and energy supplies and sparking an inflationary surge.

“With COVID, what we saw is effects that worked through labour markets, lockdowns, and income, that was slowly cumulative but had a strong impact over time,” said Mr Molina. “Official estimates are about 125 million people falling into poverty over about 18 months…what we found right now is that three months of inflation have drawn about 71 million people into poverty.”

Pain on the streets

“Very quickly, we might see also with the troubling economic outlook a situation where for many countries the patience and the ability of people to cope with this reality runs out. And as I’ve often said, when politics moves out of our parliaments, out of government, onto the streets, we are in a fundamentally different situation. We are very vulnerable at this moment to see these kinds of developments happen in many more countries.”

Outlining some of the finance policy recommendations that are detailed in the new UNDP report – Tackling The Cost-Of-Living Crisis: Policy Responses to Mitigate Poverty and Vulnerability around the World – Mr. Steiner insisted that it might be possible for some countries to tackle runaway inflation without resorting to the “blunt instrument” of raising interest rates.

“There is potential through the multilateral investment banks for example by paying in more capital, to allow them to provide through targeted lending and crisis-response measures,” he said, adding that the International Monetary Fund (IMF) could also be involved in this process.

There were “ways and means by which countries can address more specifically their needs”, the UNDP Administrator continued, that did “not necessarily have to be in contradiction to the inflationary pressure measures” now being put in place by central banks.

According to the UNDP report, the impact of the global food, fuel and finance crisis on global poverty has been “drastically faster” than the shock of the COVID-19 pandemic.

Analysis of 159 developing countries globally indicated that price spikes in key commodities were already having “immediate and devastating impacts on the poorest households.

Clear hotspots have emerged in the Balkans, the Caspian Sea region and Sub-Saharan Africa (in particular the Sahel region), according to UNDP.

This report also zooms in on the insights provided by the two briefs of the UN Secretary-General’s Global Crisis Response Group on the ripple effects of the war in Ukraine.

Key to the global recovery will be the recognition that it is in everyone’s interest to help countries that are grappling with depleted fiscal reserves and high levels of sovereign debt, as well as rising interest rates on global financial markets, Mr. Steiner insisted.

“Unprecedented price surges mean that for many people across the world, the food that they could afford yesterday is no longer attainable today,” says UNDP Administrator, Achim Steiner. “This cost-of-living crisis is tipping millions of people into poverty and even starvation at breathtaking speed and with that, the threat of increased social unrest grows by the day.”

Among the UNDP report’s strongest takeaways is the warning that “entire developing countries” risk decoupling from the global economy permanently.

Internationally-agreed measures “can take the wind out of this vicious economic cycle” and save lives and livelihoods, insisted Mr. Steiner, whose agency also recommended “targeted cash transfers” as being more equitable and cost-effective than blanket energy subsidies, which “disproportionately benefit wealthier people”.

But seismic shifts in the international financial system will also be necessary to ensure that low and middle-income countries can recover, the UNDP Administrator suggested. “You also have to be smarter about it and the IMF originally put together some of the responses to COVID; most developing countries at the end of the day did not dare to borrow against those measures because immediately the rating agencies would downgrade them.”