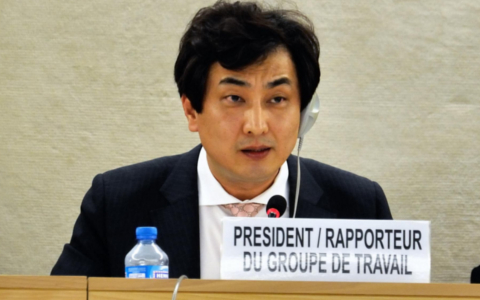 The Working Group’s visit to Sri Lanka from 4 to 15 December 2017 included visits to places of deprivation of liberty in Colombo, Negombo, Anuradhapura, Vavuniya, Trincomalee, and Polonnaruwa. The Group visited over 30 places of deprivation of liberty, including police stations; prisons; immigration detention facilities and entry ports; army and navy camps; homes for children, women and the elderly; institutions for persons with psychosocial disabilities; rehabilitation centres for ex-combatants and centres for treatment of drug dependency. It was able to confidentially interview over 100 persons who are currently deprived of their liberty.

The Working Group was informed of many positive changes that were being made across Sri Lanka in relation to the deprivation of liberty, including the entry into force of the Optional Protocol to the Convention against Torture, on 4 January 2018.

Nevertheless, throughout its visit, the Group observed instances of deprivation of liberty being the automatic response by the authorities to a wide variety of situations in which deprivation of liberty was not absolutely necessary or prescribed by law. Notably, the Group identified systemic problems within the criminal justice system which placed defendants at a high risk of arbitrary detention.

While the number of arrests and detention under the Prevention of Terrorism Act (PTA) appears to have fallen, the Act contains numerous severe restrictions on the right to fair trial. The Working Group calls upon the authorities to repeal this Act and ensure that any new legislation complies with international human rights standards. Meanwhile, the authorities should further ensure that the National Human Rights Commission is notified of any arrest carried out under the Act.

The Working Group is deeply concerned that over 14,000 girls and boys under the age of 18 were deprived of their liberty in 371 child care institutions across Sri Lanka. Only 33 of those institutions are operated by the Government. Sri Lanka’s legal framework regarding children falls short of international best practice in several areas.

Working Group learned that placement of individuals in hospitals and treatment facilities on the basis of a psychosocial disability or a mental health condition, such as schizophrenia, bipolar disorder and depression, is increasingly common in post-conflict Sri Lanka.
We identified systemic problems with deprivation of liberty for rehabilitation purposes, including with regard to rehabilitation of women, ex-combatants, drug-users and other vulnerable persons.

We also learned of several situations in which people are being deprived of their liberty, or are at high risk of being detained, on discriminatory grounds. The Group urges the Government to find affordable alternatives to detention for the most vulnerable members of society.

The Working Group observed the ad-hoc nature of arrangements regarding asylum-seekers in Sri Lanka, as well as the dire conditions in the Mirihana immigration detention facility. It should be recalled that detention in the context of migration proceedings must be an exceptional measure, alternatives to detention must be duly considered, and when detained that migrants must be held in appropriate facilities which respect their inherent dignity.

The Working Group extends its gratitude to the Government for the invitation and for its cooperation before and during the visit. We look forward to continue this constructive dialogue, including with regard to the implementation of the recommendations.
Statement by

CHAIR-RAPPORTEUR OF THE WORKING GROUP ON ARBITRARY DETENTION