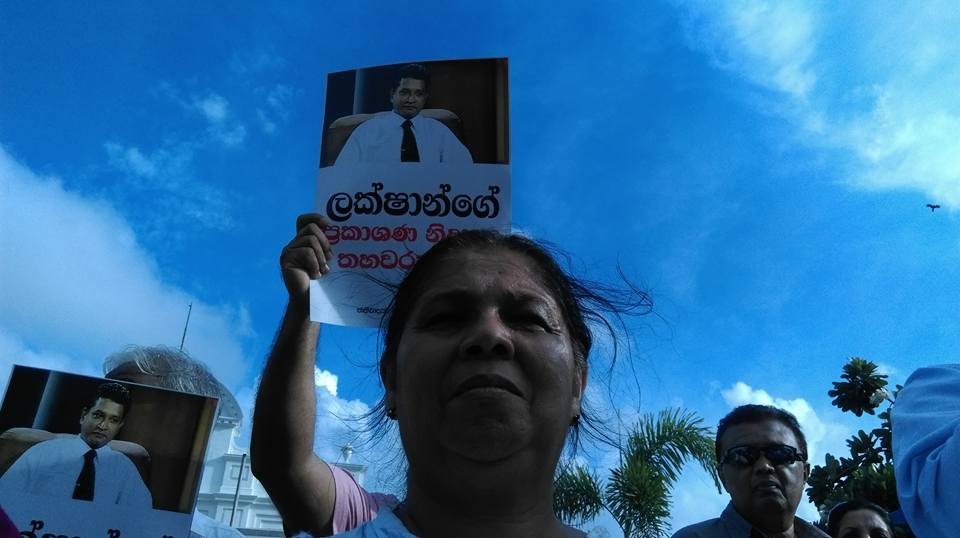 Unleashing an anti NGO barrage he says that it is extremist NGO cohorts are the ones who attempt to suppress monks and Buddhists. They appear before media and blaspheme Buddhist monks.

Mr. Rajapaksa has been appointed as a member of Prime Minister’s Committee for the Implementation of the Geneva resolution last week.

I totally disagree with that allegation  that the United National Party  is a secular political party. The UNP has nowhere mentioned to be so and there is no possibility of happening that. It is the prime duty and the responsibility of the country as a whole to safeguard the pre-eminency of Buddhism and to protect the Buddha Sasana. That responsibility does not lie with a singular political party.

The lawyer  against whom I will take action to disbar a lawyer if he fails to apologize to the nation for his statement regarding alleged attacks on 166 Christian places of worship is a traitor and is in a mission to spoil the reconciliation process. He is eagerly waiting to grab an opportunity to create unrest in the country. These people behave in a manner similar to animals.

I am taking action against his statement. You can see the results in a couple of days.

Yes, of course!  I agree that those who attempt to curb the voice of Sinhala Buddhists are funded by NGOs. And those NGOs pay thumping amounts of money to those who engage in portraying a bad image of Sri Lanka that the minority ethnic groups are discriminated and tortured in the country by the majority. The more the religious unrest is prevailing in the country, the merrier for those who live by the aids of extremist foreign organizations. Some people, for instance the alleged lawyer who claimed that 166 Christian places of worship were assaulted, openly work for NGOs and some do not publicly appear to be so. But, all of them are being funded by NGOs.

They are prepared to engage in any unethical act if they are paid well. They neither practise a religion, nor they belonged to an ethnic group, and they do not have roots. They act in accordance with the whims and fancies of NGOs. If there is no crisis in the country and if it is peaceful, those NGOs will have to pack their bags and leave the country. If so happens, they will lose their means of living. They attempt to create religious and ethnic unrest merely for their survival.

As we have assured media freedom, the media recklessly report what these NGO funded traitors jabber before the cameras and mikes. That is also one of the main reasons to aggravate this problem. Media has no idea what should or shouldn’t be done.Nowadays we cannot find journalists. There are only reporters who report whatever is being said by someone.

After we have paved the way for reconciliation in the country, NGOs and anti Buddhist and Sinhala movements began to operate with no hindrance. They abuse their freedom overtly. If this government was also to adhere to the procedures of the Mahinda regime, those movements and organizations would maintain low profiles. This government does not suppress them and have assured their freedom and that is the reason for their unwarranted behaviour.

I agree that they make use of the tender side of the reconciliation to operate in an unethical manner.

Our Sinhala politicians are not intelligent enough to do so. The Sinhala Buddhist politicians do not have the vision to get together and stand up for their own ethnicity and religion. The disunity among the Sinhalese is the main problem why we cannot solve the racist and ethnic problems.

m in temple for the betterment of the people. They do not earn any profit by that. Those who cannot comprehend this truth have lodged complaints against broadcasts of Pirith at temples. That is a problem with their comprehension and knowledge. Pirith is chanted to bless people and the surroundings and the Bukkhus never curse or reprimand the believers of other religions. If someone is against chanting of Pirith I can say that they lack understanding.

Edited excerpts from a interview published in the Ceylon Today.