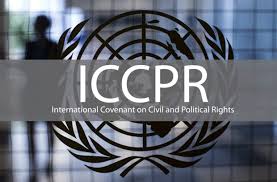 In Sri Lanka, injustice takes manifestly queer twists and turns. A State signs an international convention on the solemn understanding that it will conform to those obligations. It passes a Constitution or enacts a law consequent to a pact entered into with citizens promising that narrow interests of one specific power bloc or agitators will not be privileged. After all, the law is the fundamental protector, keeping the balance between the powerful State and (largely powerless) citizens, between those who wield authority and those who do not.

A truth stranger than fiction

But the converse happens here. This week, one of Sri Lanka’s young writers Shakthika Sathkumara was released on bail by the Kurunegala High Court following his arrest on 1 April this year. In any other circumstances, his arrest may have seemed like a classic April Fools joke. Sathkumara was taken in under Sri Lanka’s International Covenant on Civil and Political Rights (ICCPR) Act (2007) on the purported basis that a fictional story of some two pages or so written by him called ‘Ardha’ had focused on child abuse allegedly prevalent in Buddhist temples and therefore propagated religious hatred that, in terms of Section 3(1) of the ICCPR Act, incited ‘discrimination, hostility or violence.’

To add an even more surreal layer to this account, which is surely stranger than even the fictional story that caused this stir in the first place, the police had reportedly demanded that Sathkumara produce testimonials from the chief priest of the Buddhist temple in his village, a lawyer and a Justice of the Peace (JP) apart from a certificate of residence from the Grama Niladhari official. To all intents and purposes, these demands had been resisted.

Meanwhile, in another corner of this resplendent isle, Buddhist monks forcibly entered a house in Mahiyangana and viciously attacked a young Methodist while he was saying prayers. According to reports by the Church, it was the head priest of the Buddhist temple in the area who had stepped in to stop the assaults but by that time, the victim had sustained severe injuries, including to his spine. But what followed from this entirely unprovoked assault? Nothing to all intents and purposes.

Why this blatantly selective treatment?

This is akin to the failure of law enforcement agencies in regard to attacks on a Methodist prayer centre in Anuradhapura during the weeks preceding the April 21st jihadist strike on churches and worshippers. These attacks were by known agitators as was the case in Mahiyangana. So is the ICCPR Act underwritten by some peculiar unwritten condition that it can be used when short story writers critique alleged practices in Buddhist temples but not when grievous harm is caused by extremist monks to adherents of religions other than Buddhism? How is it that these attacks still continue even after the mayhem and murder caused on Easter Sunday?

And pray why was this law lying in cold storage when, for more than a year, Sri Lanka’s ‘home grown’ jihadists were ranting on social media on their intent to attack ‘infidels’ while the Kattankudy police along with the Criminal Investigation Department (CID) seemed unable to trace their whereabouts, right up to the April 21st attacks? As these men walked casually into Colombo’s top-end hotels and into churches on Easter Sunday this year, carrying their backpacks of death and destruction, no shadow of being under watch dogged their movements. This was not smuggling in of themselves and their deadly baggage into targeted locations. Instead, their walk was carefree, high visibility and even jolly, as they joked in hotel elevators before destroying hundreds of lives.

Moreover, the quick manner in which Sri Lanka’s law enforcement sprang into action after the attacks to arrest jihadists of identified terror networks indicated a fact well known to those on the ground in the East and elsewhere even at the time itself. These jihadists and their homes were being monitored and law enforcement agencies knew immediately where to go and whom to apprehend. That has now come out in no uncertain terms as a result of evidence being led by senior police investigators before the Parliamentary Select Committee (PSC).

Yet preventive action was not taken by seasoned police officers who could only bleat unconvincingly at the PSC that the Easter Sunday terrorist master mind had vanished into thin air. This helplessness is, of course, quite in contrast to the bravado with which the police rush at the speed of lighting to arrest a hapless short story writer for propagating or inciting religious hatred. So as officers of the criminal division of the Attorney General’s Department and the police trade blame before the PSC, there is a greater truth at play. The law enforcement machinery and the criminal prosecutorial function has been compromised to the point that very little remains. This truth is stranger than all the fictions that can be written.

When the ICCPR Act is threatened to be employed against dissenters, there is another strange truth at play. This law is modeled on a feted global convention on civil liberties having as its cornerstone, the protection of the right to express, speak and criticise. That it is used to stiffle free speech in this country is bizarrely paradoxical. Terms such as ‘incitement’ and ‘propagation’ have specific legal meanings to them, as interpreted with authority in known judicial precedents. Taken in its simplest form, there must be an element of encouraging another person to commit a crime when incitement is alleged.

These are legal distinctions that the police must take into account. And it is for the Department of the Attorney General to employ its advisory function in criminal investigations so that the law is upheld not abused. Multiple failures to ensure this core function cannot be covered by a convenient blame game.

So when President Maithripala Sirisena holds forth on bringing discipline back to the country or when Prime Minister Ranil Wickremesinghe congratulates himself and his party on restoring the Rule of Law, these claims are farcical. It is no matter to say in justification (as some do) that, ‘if the Rajapaksas are in power, things will be far worse.’ That is not the point.

The Archbishop of the Catholic Church and the head of the Methodist Church echo the same sentiment when they ask, ‘where is justice for the victims?’ This question becomes imperative with new and aggravated injustice to powerless individuals whilst politicians argue and counter-argue as to whether or not a Terminator is needed to rule this country.

If ever concrete proof was required that we have reached the nadir of our political leadership, this would be it. What Sri Lanka needs is not a ‘Terminator’ or a ‘Protector’, (no politician can be a protector), but the equal application of the law by those who implement and enforce it. It is as basic as that.