Sri Lanka’s former president must be investigated for war crimes 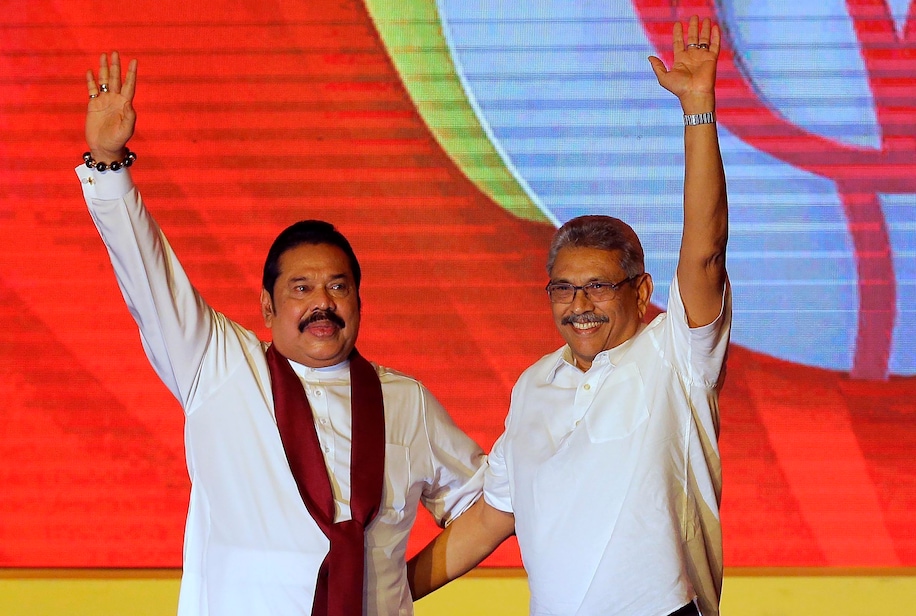 COLOMBO, Sri Lanka — There was satisfaction, and even glee, among many Sri Lankans when Gotabaya Rajapaksa, the widely unpopular president, fled the country by military jet in the dead of the night on July 13, following months of protests. Apparently fearing arrest while he searched for a safe haven, he didn’t resign until late the following day.

Now, however, Rajapaksa no longer has sovereign immunity from prosecution for grave international crimes in which he is implicated, including war crimes and the alleged murder, torture and enforced disappearance of his critics and opponents, or for the grand corruption that flourished under his family’s rule.

Years of abusive misrule by the Rajapaksa family have devastated Sri Lanka. Today, fuel, for cooking or transportation, is practically unobtainable. There are warnings over hunger and food scarcity with soaring inflation. The country has defaulted on its foreign debts for the first time and is attempting to negotiate a bailout with the International Monetary Fund.
From 2005 to 2015, Rajapaksa’s brother Mahinda was president and Rajapaksa was defense secretary, known to family and foes alike as “the Terminator.” They came to power during a four-year cease-fire in the long civil war between the government and the separatist Liberation Tigers of Tamil Eelam (LTTE) that began in 1983.
Full-fledged fighting resumed in mid-2006. Major military operations that began in 2008 led eventually to the LTTE’s defeat in May 2009. In the last months of the fighting, Sri Lankan armed forces pounded their self-declared “no-fire zones” with artillery and air power, killing thousands of ethnic Tamil civilians whom the LTTE was using as human shields, according to a study by a United Nations panel of experts.
The government claimed it pursued a policy of “zero civilian casualties” and characterized its operations as a humanitarian “hostage rescue” mission. But the U.N. experts found that “throughout the final stages of the war, virtually every hospital in the Vanni [conflict area], whether permanent or makeshift, was hit by artillery.”
At the war’s end, almost the entire LTTE leadership was killed, either in the fighting or by summary execution. Photographs and mobile phone videos, seemingly made as trophies by victorious soldiers, show executions of captured LTTE fighters and suggest large-scale sexual violence against Tamil women who surrendered to the army. Thousands of civilians who emerged from the conflict zone were detained in camps where the security forces committed torture, rape and enforced disappearances.
As defense secretary, Rajapaksa was in command of Sri Lankan security forces throughout this period. Even after the fighting, thousands of young Tamil men who were suspected LTTE fighters or supporters, as well as journalists, activists and others deemed political opponents, were abducted. Many have never been heard from again.
In March 2014, the United Nations Human Rights Council called for an investigation. The resulting report found that both sides committed wartime atrocities and concluded that “for accountability to be achieved in Sri Lanka, it will require more than a domestic mechanism.”
In 2015, Rajapaksa’s brother lost a presidential election, and the family was politically sidelined for four years. Rajapaksa was elected president in November 2019, riding a wave of nationalist anxiety following a series of bombings that killed about 260 people in churches and hotels on Easter Sunday earlier that year. The attack was carried out by Islamist suicide bombers, but Sri Lanka’s top police investigator later gave evidence to the Supreme Court that implicated elements within Sri Lankan military intelligence in the attacks.
After rising to the presidency, Rajapaksa pursued policies hostile to ethnic and religious minorities, and repressed those seeking justice for abuses committed during the civil war. He used “counterterrorism” as a pretext for abusive and draconian security policies, and blocked investigations into emblematic cases of serious human rights violations.

A woman whose son was “disappeared” in 2009 told Human Rights Watch in 2020 that since Rajapaksa’s election, the police had repeatedly visited her. “These are children who were taken by white vans from our houses or who surrendered [to the army]. … I want to know what happened to my son — whether he is dead or alive, and if he is not alive, what happened to him and who did it,” she said.

Now Rajapaksa has fled to Singapore via the Maldives. He is believed to be seeking a final destination where he will be safe from arrest and prosecution.

He should not succeed. Judicial authorities where laws permit should investigate him under the principle of universal jurisdiction, which allows for the prosecution of serious international crimes even if they were not committed on the country’s territory. Universal jurisdiction cases are an increasingly important part of international efforts to provide justice to victims and their families who have nowhere else to turn.

Over several decades, successive Sri Lankan governments have not provided victims of grave abuses with genuine avenues for justice. There is little reason to believe the next administration — led by President Ranil Wickremesinghe, who was backed by the now-deposed Rajapaksa family — will be better in this regard, considering Wickremesinghe’s prompt crackdown on the protesters. It’s therefore critical for foreign governments to pick up the slack where possible. Rajapaksa’s departure from Sri Lanka might have opened new possibilities for justice.