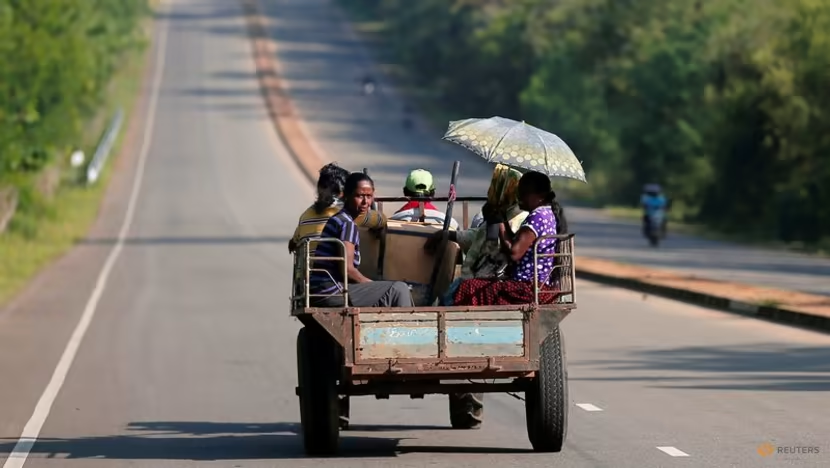 REUTERS/ COLOMBO :Sri Lanka’s economy shrank 11.8 per cent in the July-September quarter from a year ago, government data showed on Thursday, the second-worst quarterly contraction ever for the country going through a severe financial crisis.

Economic mismanagement and the impact of the COVID-19 pandemic have left Sri Lanka short of dollars for essential imports including food, fuel, fertilisers and medicine.

The state-run Census and Statistics Department said that agriculture sector shrank 8.7 per cent in the third quarter and industries 21.2 per cent, while services dropped 2.6 per cent, from a year earlier.

“This is the second-worst contraction Sri Lanka has experienced in a quarter after a 16.4 per cent contraction in the second quarter of 2020,” said Dimantha Mathew, head of research at First Capital.

“Our projection was that it would be much worse – possibly a contraction of about 20 per cent but now overall contraction for the year could be about 9 per cent.”

Sri Lanka’s central bank estimates the economy will contract by about 8 per cent in 2022.

“A decrease in the demand of essential and non-essential goods and services due to the reduction of the real income of the people have directed the economy towards this decline,” it said.

Economic hardships earlier this year had sparked widespread protests, which led former President Gotabaya Rajapaksa to flee the country and then resign as thousands of protesters occupied his office and official residence.

President Ranil Wickremesinghe, elected by a parliamentary vote to replace Rajapaksa in July, has pledged to restore the economy but has warned tough reforms are needed.

In September, Sri Lanka reached a staff-level agreement for a $2.9 billion bailout with the International Monetary Fund (IMF), but it has to restructure its debt with private bondholders and bilateral creditors before getting disbursements.