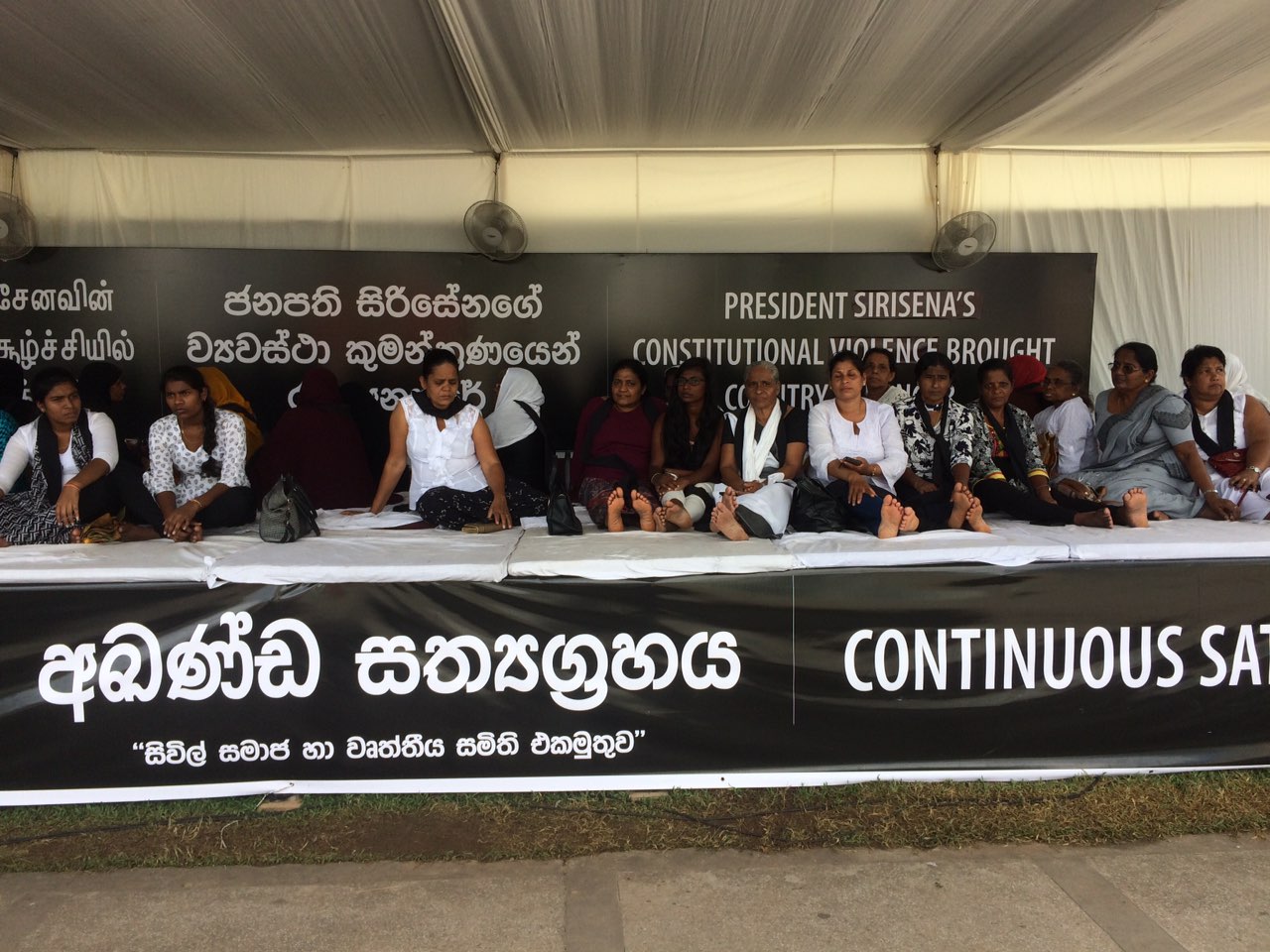 Despite the undeniable shock caused to Sri Lanka’s democratic system on October 26th 2018 as a result of President Maithripala Sirisena’s swearing in of a new Prime Minister lacking a majority in the House, several unmistakable positive factors have emerged since then.

Those ‘legal experts’ who led the President up the garden path in persuading him to discard constitutional prudence should hang their deviously plotting heads in shame. Assuming they feel shame in which case, (as that colourful colloquialism sharply puts it), pigs may fly. Of course, it is very much an open secret as to who these reprobates are, including those who played fast and loose with the country’s judicial system for years. But the President is yet to name them or for that matter, yet to explain himself to the people as to why he did not seek the advice of the Attorney General or an opinion from the Supreme Court prior to bringing the nation to the brink of the edge.

True, the damage is considerable. This political tomfoolery has tarnished the country’s reputation, lost preciously needed financial resources at year end when that is needed the most, imperiled the nation’s long praised manner in which peaceful transfer of power took place through the exercise of the franchise and cast a pall of uncertainty over what is in store for us with the dawning of 2019.

Yet institutional strength and civil rebellion has risen like the proverbial phoenix from the ashes, some from most unlikely quarters at that. Institutions and individuals who could have crumbled under the pressure, quite unexpectedly, did not. Judges carried out their constitutional and statutory duties from the Supreme Court to the Magistrate’s Court with great endurance even as unprecedented pressure was brought to bear on them. This is far different to the day when one ex-Chief Justice was so brazen as to apologise for decisions handed down absolving politicians of grand corruption and another Chief Justice was more in the residence of the executive than in court.

Painfully accustomed to the edifice of an independent judiciary crumbling, bit by agonising bit, citizens have responded to the judicial fortitude now being illustrated with a measure of quiet relief. Reprimanded in some quarters for going to court along with others in seeking clarity on the gazette issued by the President dissolving Parliament, member of the Elections Commission Prof Ratnajeevan Hoole replied with force that he had not taken sides in the dispute between two political parties but that he would always take the side of the law.

Duty of the Elections Commission

In fact, those critics who question this perfectly proper seeking of judicial relief on his part would do well to remember the judicial caution administered by the Supreme Court to an Elections Commissioner that the Constitution assures him independence ‘so that he may fearlessly insist on due compliance with the law in regard to all aspects of elections – even, if necessary, by instituting appropriate legal proceedings in order to obtain judicial orders’ (Karunathilaka v Dayananda Dissanayake, 1999).

In that case, the Court found that Emergency Regulations issued on the basis of ‘national security’ having the effect of cancelling the date of the poll for Provincial Councils fixed by the Elections Commissioner at the time were not authorised by law or a valid exercise of power as there was no known threat to national security, public order, etc. The acquiescence of the Elections Commissioner in this action by the executive found little favour with the Court, Justice MDH Fernando going so far as to say that ‘the material available to this Court indicates that he made no effort to ascertain the legal position, or to have recourse to legal remedies.‘

That said, politicians engaging in several hasty utterances on the ongoing case before the Supreme Court and media reporting the same must also be far more cautious. In a case eerily similar to this, in which a provincial correspondent of the ‘Divaina’ had reported an opposition parliamentarian (when the presidential election petition was being heard), saying that ‘the petition had already been proved and if the petitioner did not win her case, it would be the end of justice” was found to have committed contempt. The argument that there was no intention to prejudice the outcome of the case and that the speech in question was solely political was not accepted (Re Garumunige Tilakaratne, 1991).

Meanwhile, Speaker Karu Jayasuriya and the police of the Sri Lanka Parliament bore with exemplar dignity, all the vulgar abuse and objects hurled at their heads by chillie-water throwing pro-Rajapaksa parliamentarians who disgraced the House. Amusingly, after weeks of President Sirisena’s Sri Lanka Freedom Party (SLFP) and former President Mahinda Rajapaksa’s Pohottuwa party (SLPP) maligning the Speaker through slavishly adoring electronic media channels, the Speaker was cajoled by the SLFP to meet the President and thereafter (presidentially) ‘appreciated’ for those efforts.

Institutional strength was manifested elsewhere as well. Undeterred by political threats, officers of the Criminal Investigation Department proceeded stoically with investigations into killings and disappearances during the Rajapaksa decade resulting in the netting of a high- worth Chief of Defence Staff (CDS). Thus the range of resistance was eclectic. Quiet relief is occasioned. These are incremental steps to rejuvenation of the democratic process that must be rightly noted.

Notably moreover, separating themselves from the messiness of one political crook calling out another political crook, Sri Lankan citizens told the political establishment off in no no uncertain terms. It is a safe bet that none, least of all those who precipitated this chaos, would have bargained for this robust reaction. As Sri Lankan women marched through heavy, lashing rains before the Presidential Secretariat this week demanding that the President reconsider his actions, it was a powerfully visual symbol of anger in the face of political chicanery. As young artistes refused to accept awards from two ‘Ministers’ when they came to the stage at a national event with the national clad ‘worthies’ at a loss as to how to react and only able to grin foolishly in the face of this palpable insult, this was civil resistance in its most evocative form.

The link between the Constitution and democracy

In the final analysis and to put the matter simply, the link between the Constitution and democracy are the citizens. No politician can be expected not to ‘tinker’ with the constitutional text. Some do it with flair and aplomb as what happened in 1972 (yes, even by the so-called great socialist brains of the day who pulverised the Public Service Commission and the Judicial Service Commission) and in 1978 when the task of ‘constitutionally engineering’ a monolithic Executive Presidency was accomplished.

Others do it far more clumsily and with an appalling lack of foresight as what happened in 2015. But ultimately the protector of the Constitution is the people. And during the last month, we saw the hesitant beginnings of that process.

That by itself, should not be taken lightly.