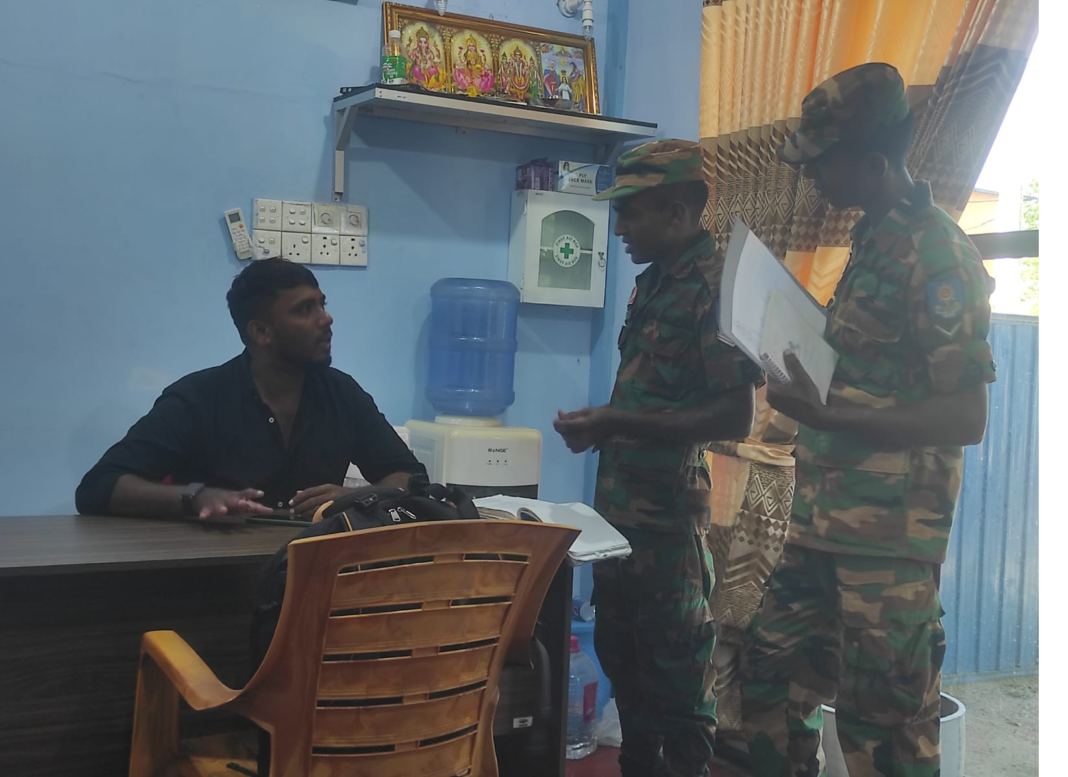 The soldiers belonging to the 591 Brigade asked Kumanan for the name and contact details of the president of the organisation, claiming that a new commanding officer was seeking the information of all commerical establishments in Mullaitivu.

The soldiers left the office after Kumanan told them that he could not provide those details without knowing what they were being collected for.

The journalists, who were preparing for a media meeting before the soldiers entered the office, have been left feeling fearful.

Journalists and media organisations particularly in the North-East regularly face surveillance, intimidation and violence by the state’s forces. Journalists face increased surveillance around Tamil remembrance days and protests. This year, Sri Lanka has dropped 19 places in Reporters Without Borders (RSF) World Press Freedom Index and is currently 146th out of 180 countries.