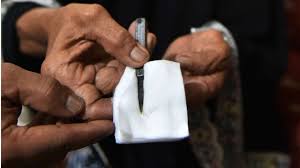 The Centre for Islamic Studies in Sri Lanka criticized the government after the health ministry denounced female genital mutilation (FGM) and prohibited doctors from any involvement in the tradition, known as “khatna”.

“The (ban) … not only infringes on our religious rights, but also threatens to drive the procedure underground,” Asiff Hussein, a senior official with the Centre for Islamic Studies, said in a statement.

The ban was announced in May. Government officials could not immediately be reached for comment.
Supporters say khatna only involves a harmless nick to the clitoral hood and cannot be compared to other forms of FGM in parts of Africa, which can involve removing external genitalia and sewing up the vagina.

They consider it an important religious duty and say it improves hygiene, but some women say they have suffered irreversible damage.

The World Health Organization (WHO) says FGM includes any procedure that intentionally alters or causes injury to the female genitals for non-medical reasons.

Campaigners against khatna – which is performed on young girls – say it can cause psychological, sexual and physical complications.

“Who are these people making such statements? Predominantly men. How would they know if it is beneficial? Khatna makes it difficult to deliver, makes sex painful. It is utter patriarchy,” women’s rights activist, Shreen Abdul Saroor, said.

“It is a barbaric practice about degrading women’s sexuality,” she told the Thomson Reuters Foundation.

But the Centre for Islamic Studies said that associating “the Islamic duty of female circumcision with FGM was an affront to Muslims who regarded it as an obligatory religious duty and threatened to undermine the free practice of religion”.

Although khatna is not mentioned in the Koran, it is practiced by certain communities in Sri Lanka, including the Dawoodi Bohra and some Moor and Malay Muslims.

Human rights lawyer Ermiza Tegal called the practice “an artifact of its time which has become meshed in certain religious sub culture”.

“The impact on children is real and must be condemned. The state must hold firm in protecting children from this harmful practice,” she said.

“Even if some believe it is a religious requirement it does not entitle them to make an irreversible cut on an innocent child’s body when a child cannot give informed consent.”

The United Nations, which views all forms of FGM as a violation of women’s and girls’ rights, estimates at least 200 million have undergone the practice worldwide.