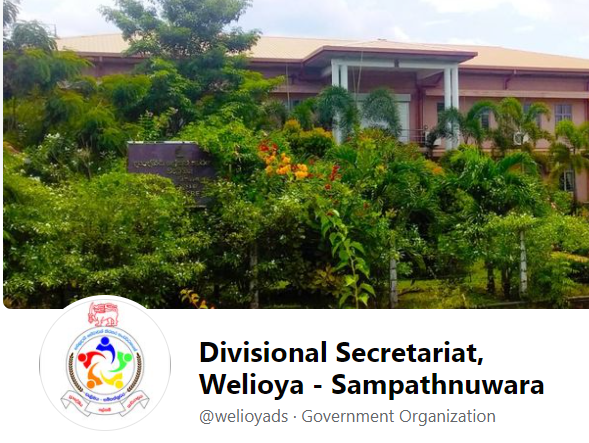 Brigadier K. K. S. Parakum of Mechanized Infantry Regiment has entered the Sampathnuwara District Hospital a few days ago and threatened the medical staff in abusive words in Sinhala like පර දෙමළා, ප්‍රභාකරන්, ත්‍රස්තවාදීන්, තොපි මරණවා. මේක මගේ ඒ්රියා එක [ Bloody Tamil, Prabhakaran, Terrorists, I will kill you all, This is my area].

Although the Government Medical Officers’ Association has reported the incident to the Army Commander Lieutenant General Shavendra Silva on 26. 10. 2020 for necessary action so far no action has been taken’

Now GMOA, [a pro-government] largest Doctors Union has decided to withdraw formwork and has written to the Minister of Health requesting necessary action.

Dear Madam
Unacceptable behaviour of Brigadier K. K. S. Parakum
It is sad to inform you that Brigadier K. K. S. Parakum had visited district hospital Sampathnuwara and abused head of the institution and other medical officers පර දෙමළා, ප්‍රභාකරන්, ත්‍රස්තවාදීන්, තොපි මරණවා. මේක මගේ ඒ්රියා එක [ Bloody Tamil, Prabhakaran, Terrorists, I will kill you all, This is my area – SLB]

We remind that the era during the war all our doctors treated the military with dignity to ensure the moral and medical backup to armed forces and police to combat terrorism in our motherland.
However the behaviour of brigadier K. K. S. Parakum has failed to the expected standards of disciplinary of our armed forces and fail to ensure the dignity of doctors and fellow citizens.

Here we attached our communication to Lieutenant General Shavendra Silva on 26. 10. 2020 for necessary action.

We request your good offices’ to take necessary measures to ensure safe working conditions of this institution for the best interest of the patients. 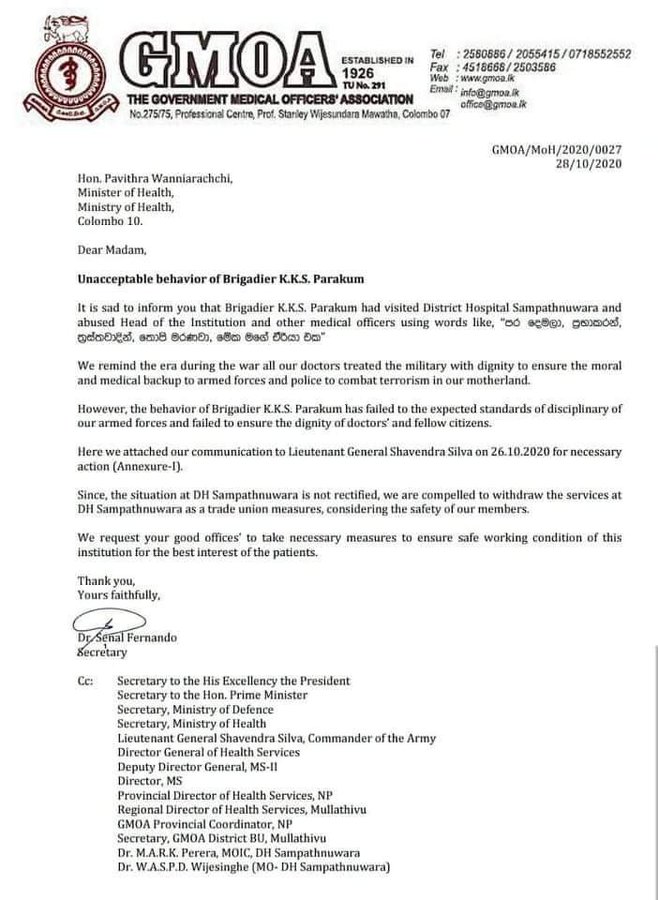