Sri Lanka:Delhi has slammed shut the door on every opposition party and every potential alternative government 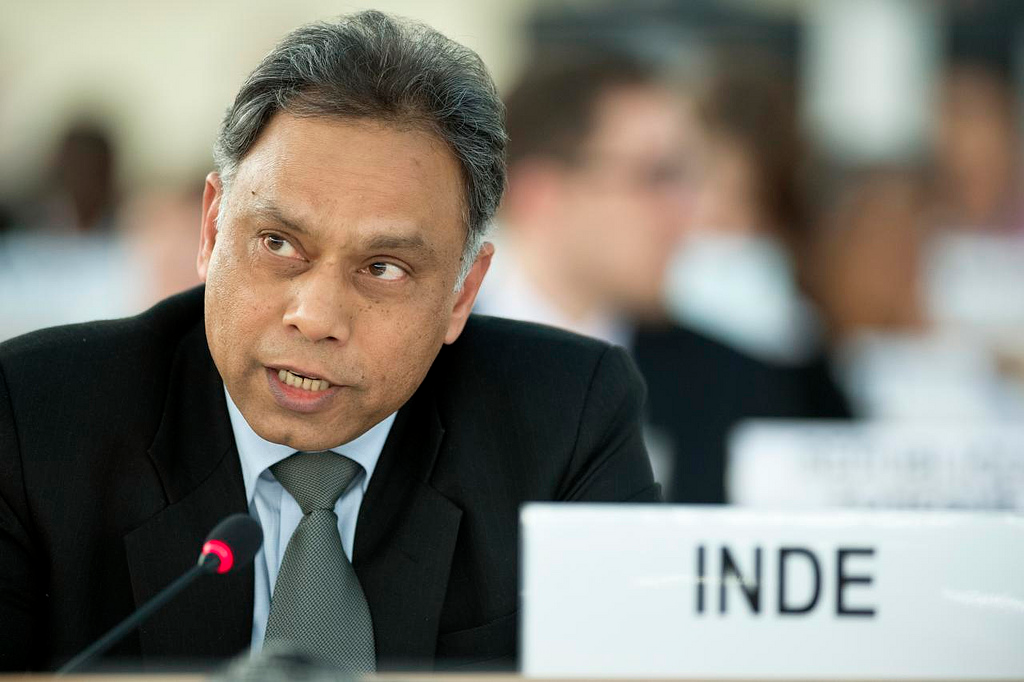 India’s Janus Faced Duplicity by Dr Kumar David
In an unexpected volte-face India abstained from supporting the UNHRC resolution calling for an international probe into war crimes during the final stages of the civil war in Lanka.
Both the Congress led government and the BJP, hopeful of forming the next, are arm in arm and complicit in this. There were concerns about what implications certain passages in the resolution may have for human-rights violations and crimes by past, present and future Indian governments, and we are asked to believe that this was the reason for abstention. This may be partly true, but why should anyone be soft on governments seeking to hide crimes against their own people under the shroud of national sovereignty?

We live in a globalised planet were national sovereignty has become a profanity uttered by dictators and states seeking to hide a multitude of sins. But enough; this piece is not about atrocities in India. So far as its implications in this country are concerned what Delhi has done is to throw a life line to the Rajapakse clan. The big refrain touted with much drum beating is: India Abstained!

This permits GoSL to repeat of two things to the masses: “We (GoSL) have not done anything wrong, even India says so”, and secondly, “Nothing is going to happen, have no fear, somehow India will throw succour in our direction if the going gets rough”. There is a third possible message; implied reassurance to the Rajapakse clan that if the international probe gets hot and the clan needs getaway locations for ill-gotten loot and corpulent bodies, well options can be considered at the proper time. I have no access to any information to suggest that a deal was reached; I am only reading the political tealeaves.

The Indian representative Dilip Sinha declared that the resolution was “impractical”; obviously diplomatic speak for saying India would not cooperate in implementation. The Regime is now perilously unpredictable. What can be foreseen is that it will unleash the hounds of racism to drum up support, but how far will it go? Will it dissolve the Northern Provincial Council? This is the Regime that imprisoned a so-called Sinhalese war hero, Sarath Fonseka, on trumped up charges; will Wigneswaran, a mere Tamil Chief Minister, fare any better?

These are unanswered questions, especially if the Regime defies United Nations actions and sanctions begin to bite. The net impact of the Indian abstention is counterproductive. It is a slap in the face of the local and international human rights community, it has disheartened the Tamils, and it has put a spring in the step of ultra-nationalists, chauvinists and the Rajapakse clan.

Fortunately the resolution was carried by such a large majority (23-12-12) that the impact of the Indian letdown is not crucial. Now there is concern in the corridors of power in Colombo about how the operative part (an international investigation) will pan out. There is fear that if Colombo rejects the investigation it will be in line for sanctions. The Rajapskses and the top-brass are terrified of possible criminal charges. These potential threats have ameliorated the effect of India’s Janus faced duplicity.

Yes, duplicity! Right up to the end India conducted itself differently and allowed a different measure of its position to leak. Mr Dilip Sinha’s wriggling on the floor of the UNHRC on March 27 was pathetic. His keyword was “intrusive”, put previously India was willing to go along with Navi Pillay’s “National mechanisms have consistently failed to establish the truth and achieve justice” assessment. If you accept that, then you need international mechanisms don’t you? And international means not local, which is ‘intrusive’, doesn’t it? Or is there an elementary logic deficit in Delhi?

I have heard it said that Delhi does not want to burn its boats with Colombo; that it wants to keep the door open to the Rajapakse Clan. And when the Rajapskses go, which may be sooner rather than later, what then?

Delhi has slammed shut the door on every opposition party and every potential alternative government. None are so blind as those who have eyes but cannot see
SAAG