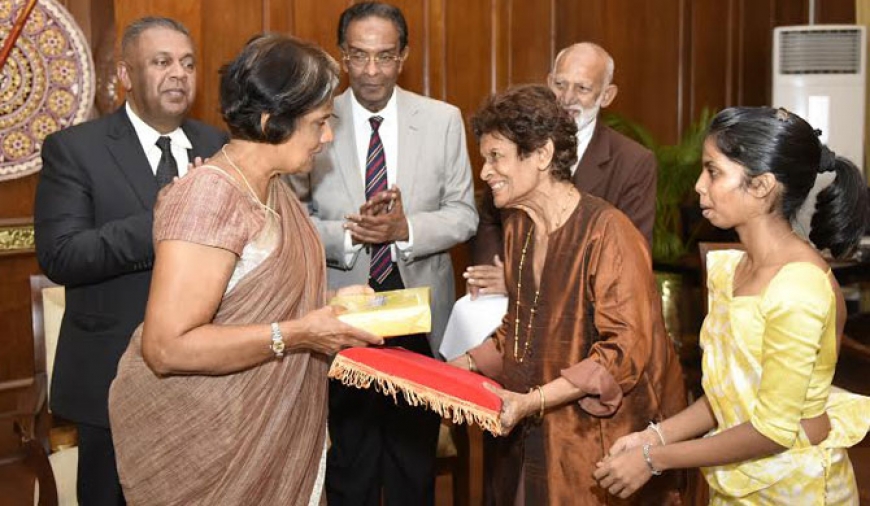 The UN High Commissioner welcomed the recommendations in the report especially pertaining to the implementation of a hybrid Court with the inclusion of local and foreign judges.

The Consultations Task Force on Reconciliation Mechanisms in its report recommended including at least one international judge on every bench hearing alleged war crimes charges.

Publishing the final report on public views and suggestions on the proposed structure and scope for the formation of a reconciliation mechanism, the Reconciliation Task Force recommended including key international standards pertaining to courts hearing alleged war crimes cases.

However the government reiterated its stance that international judges will not be included in the country’s judicial processes.

Speaking at the weekly Cabinet media briefing yesterday Co-Cabinet Spokesman Minister Rajitha Senaratne said the government will not consent to a the inclusion of foreign judges adding even the United Nations High Commissioner for Human Rights consented to the government’s decision that all benches will comprise local judges.

However High Commissioner Zeid Ra’ad Al Hussein taking to his twitter account said he has always urged the creation of a hybrid Court in the island.

Zeid Ra’ad Al Hussein in a report released in September 2015 highlighted and urged the creation of a hybrid special court in Sri Lanka.

The report said due to the levels of mistrust in State authorities and institutions by broad segments of Sri Lankan society, the establishment of a hybrid special court, integrating international judges, prosecutors, lawyers and investigators, is essential.

The UN High Commissioner said purely domestic Court procedure will have no chance of overcoming widespread and justifiable suspicions fuelled by decades of violations, malpractice and broken promises.
www.newsradio.lk