Sri Lanka-Who will be the happiest over the US ‘travel ban’ on army chief, Lt-Gen Shavendra Silva ?- N Sathiya Moorthy 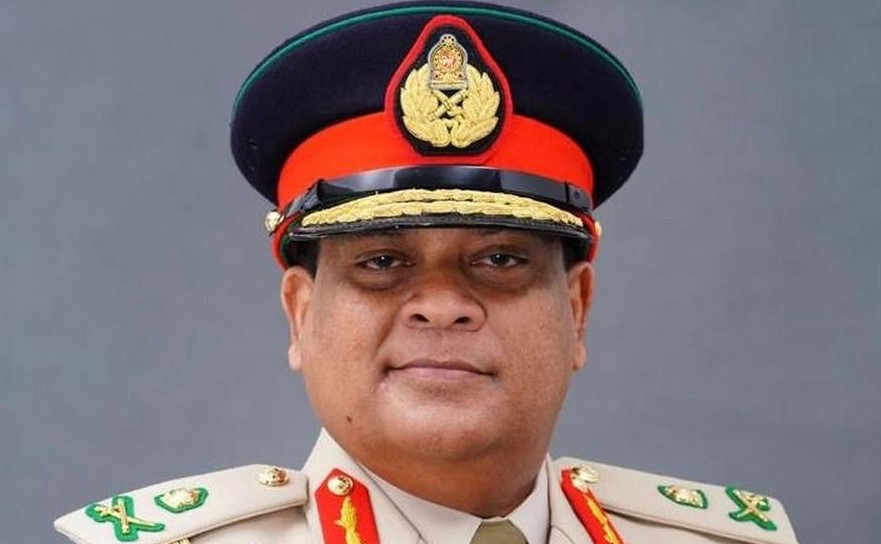 Say, who will be the happiest over the US ‘travel ban’ on army chief, Lt-Gen Shavendra Silva – and more so, when it comes to the timing of the American announcement? Not, not even the Sri Lankan Tamil community or the TNA. It’s not even the SLT Diaspora, which has persisted with their anti-Rajapaksa since the last weeks and months of the conclusive ‘Eelam War IV’ more than anytime through the three-decade long war.

China stands to benefit politically and diplomatically instead, viz the Rajapaksas, the larger Sinhala-Buddhist polity and the Si Lankan State – and not necessarily in that order. Even before coronavirus hurt the Chinese economic sentiments, they seemed to be concerned about their own position in distant Sri Lanka, but abutting the ‘all-important’ Indian Ocean sea-lines and strategic space.

If the Chinese had cause for concern over the new, democratic regime-change, which had put back the Rajapaksas back in elected power in Colombo, it was understandable. Long back, the Rajapaksas stopped talking about the ‘regime-change’ of 2015, where they lost power and for which they blamed western intervention. Now when they were seeking to distance themselves from Chinese perceptions of ‘outsider interference’ in the internal affairs of Sri Lanka, and how Beijing would not permit it, comes the US decision on Gen Silva.

Clearly, the US decision is a return to the pre-Ranil era in Sri Lankan politics, the last five years of the forgotten and even more forgettable years of the ‘Government of National Unity’ (GNU). The timing of the US decision especially has clearly indicated that the target was not necessarily Gen Silva but the Rajapaksas themselves. That it has ended up becoming the targeting of the Sri Lankan State is what should concern similarly-placed Third World nations.

With ‘la affaire war crimes’ coming up before the UNHRC at Geneva one more time later this month, the US action is a reiteration of its earlier Rajapaksas-centric initiative for an ‘independent, international probe’, Though the rest of the West has not reacted yet to the US declaration, it is becoming increasingly clear which way the winds in Geneva would blow this season, and more so in the one six months hence.

This time round, UNHRC chief Michael Bachelet can be expected to tick off Sri Lanka stronger than through the past five years, when she and her predecessor continuously saw only a ray of hope for the Tamils and innocents in the country. Not this time round. The attack thus could well have to pre-date or post-date the five-year rule of the Sirisena-Wiockremesinghe duo (2015-19).

The selective memory-loss of the UNHRC could have consequences not only for Sri Lanka but also for such other nations, similarly subjected to selective targeting by the West. In turn, this could push them individually, if not collectively into the waiting diplomatic hands of China and Russia, which with their veto-vote could become their last and only saviour.

Here, the economic might of China, which in turn might have been crippled by coronavirus, will still be of use to both sides. The recently-acknowledged American fact that Russian submarine movement in the Atlantic too was increasing in recent times has an additional – not necessarily another – story to tell.

A lot however would depend on how the UNHRC vote turns out to be, and which of the smaller nations is on whose side. Sri Lanka does not count much on that score. It is shadow-boxing between the US-led West on the one side and China on the other. Sri Lanka is the victim and target at the same time. The nation can expect support from Russia too at the UN Security Council, but if it will bother garnering support for Sri Lanka in the UNHRC, like China did whenever required, is a different question.

With the US and Russia recently showing a keener interest than already in befriending the Rajapaksa-led Sri Lanka all over again, and talking about ‘military cooperation’ all over again, the question now remains which way would be pendulum swing. Or, will the pendulum swing at all, if the West is convinced that the Rajapaksas are China-centric and China was Rajapaksas-centric on matters Sri Lanka?

If the Silva affair is any indication, it only implies that the Rajapaksas in Colombo might not have acted/reacted favourably to inherited US propositions on SOFA and MCC. The previous government, especially the Wickremesinghe-led UNP constituent, had agreed to in principle and was also campaigning for the same within the country – at times even more than for their presidential candidate, Sajith Premadasa. He lost the elections.

Clearly, the US might have chosen a wrong time for wooing the Rajapaksas. Nothing would have moved in their favour especially ahead of the upcoming parliamentary polls and those to the nine provincial councils, afterwards. That is to say, nothing much could have been done to ACSA and MCC, even assuming that the Rajapaksas had come round.

There is even otherwise no question of the Sri Lankan State structures agreeing to ACSA. For the individual soldier in its ranks, letting ‘foreign boots’ even of friendly nations set foot on Sri Lankan soil, or waters, and on a near-permanent basis is a no-no after their ‘historic win’ over the LTTE with the nation’s limited non-human resources.

As ‘Sinhala-Buddhist nationalists’, hard-liners or not, the Rajapaksas would have found it difficult to convince themselves first, their ranks and the large segment of the ilk, outside of their SLPP-led combine. If the world believed that the Rajapaksas had only a large ‘Sinhala-Buddhist constituency’, the US was now asking them to hurt it in every which way. That’s not on, and not only with the Rajapaksas.

If Government officials, including Foreign Minister Dinesh Gunawardena, are reacting for the Sri Lankan State and the Rajapaksas at the same time, UNP’s Sajith Premadasa as the combined Opposition’s prime ministerial candidate, has defended Gen Silva equally so. It is as much a personal conviction for him and his camp-followers, as it may be constituency-driven, too.

That constituency is not just ‘Sinhala-Buddhist nationalist’, as often imagined and concluded. It is even more about all those Sinhala-Buddhists and the rest who wanted a decisive end to the war, a war in which they too desired the end and extermination of the LTTE. They having got it, they were back to their democratic choices as early as Elections-2015.,

The greatest irony of the American accusation is that it has accused a field commander in Gen Silva of ‘war crimes’. However, not only did it not haul up war-time army commander, present-day Field Marshal Sarath Fonseka, it was also seen as encouraging him as the common Opposition candidate in the post-war presidential poll of 2010, that too against his war-time Supreme Commander and incumbent President, Mahinda Rajapaksa, now Prime Minister.

The delayed US action could be favourably attributed to the time that it took to assess the UN-commissioned Darusman Report, which it has since cited while barring American entry for Gen Silva. Granting it as the case, does it mean that the US will not stop with Silva and may have to move up the ladder to include Gen Fonseka, and at times, then Defence Secretary, Gotabhaya Rajapaksa, now President, too in the list?

Does it mean that the US would not give President Gota the required comfort to visit the US in October, for him to deliver his maiden General Assembly speech at the UN, if he had chosen to do so, otherwise, too? Where then is it all heading? And what does the US thinks will the America-friendly constituencies in Sri Lanka can do – or, will do? Accept the humiliation of their nation, or join hands with the critics of the Silva decision?

Minister Gunawardena has since spoken his mind in person to American Ambassador Alaina B. Teplitz, after ‘summoning her’ to the Foreign Office, as the diplomatic term goes. From within Sri Lanka and not long before the US decision became known, TNA’s M A Sumanthiran spoke out openly about their confidence that the West would not ‘desert’ the Tamils, after all.

Sumanthiran was obviously reacting to the successive visits of middle-level US officials and to the news of President Donald Trump sending across a letter to counterpart Gota R. American officials too later not-so-unfavourably have begun acting against the Rajapaksa regime, without actually naming them as such. ‘La affaire Silva’ is only a demonstration of the same.

Incidentally, the last time Sumanthiran and the TNA spoke about war-crimes in specific terms, they had said ahead of the UNHRC process how the Alliance was behind the US-led West’s initiation of the UNRRC resolution the first time round. Piqued and hurt, the then Rajapaksa Government abruptly ended the post-war political talks with the TNA, which at least was moving in the right direction, with some substantive progress under select heads. Today, after Sumanthiran’s declaration and the US action that followed, where does 13-A and/or the ‘suspended’ (?) efforts for a new Constitution stands, is anybody’s guess.

One of them, Principal Deputy Assistant Secretary of State, Alice Wells, once back home, talked about Sri Lanka as that ‘piece of real estate in the Indo-Pacific’. The last time an American official talked likewise, it was Sen John Kerry as co-chair of the Senate Foreign Relations Committee, reported how Sri Lanka was important for the US’s strategic interests and concerns (in the Indian Ocean region.

Sri Lanka and Sri Lankans understood that they could have their way with the US, and on their terms. As the sole super-power, the US was not used to settling things on others’ terms. Kerry, a fellow-Democrat as his President Barack Obama did not become the President that he wanted to be. He ended up settling for the job of Secretary of State later on. The UNHRC process followed.

President Trump and his current and third Secretary of State Mike Pompeo are both Republicans. Now they too are tightening the screws gain on Sri Lanka – or, is it on the Rajapaksas? Impliedly, the there now seems to be a bi-partisan in US policy on Sri Lanka. Independent of all the change and swap of top officials with every new President, larger American policies are decided by the permanent civil service, and political masters only cross a ‘t’ here or drop an ‘I’ there….