Sri Lanka: “We co-sponsored the resolution in 2015. We should not have done it” – Minister Champika Ranawaka 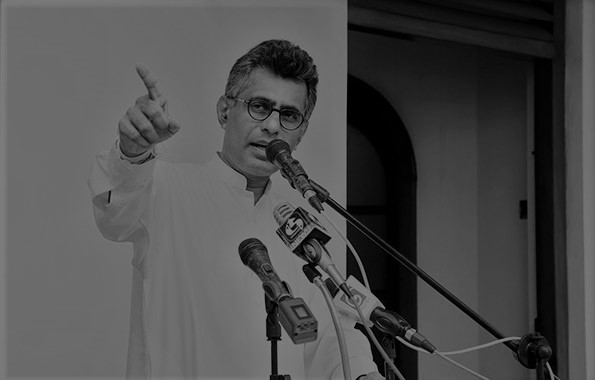 (26 February 2019 / Daily Mirror) Megapolis and Western Development Minister Patali Champika Ranawaka said he submitted a Cabinet memorandum asking for general amnesty to all those who are accused of war crimes – both from the armed forces and the LTTE.

In an interview with Daily Mirror, he said it was inappropriate to single out the armed forces as the only perpetrator of war crimes since there were many others involved in similar acts.

He said some 12,000 LTTE combatants who were reintegrated into the society should also be tried for war crimes if legal action were instituted against military personnel. He said it would be an endless exercise to trace those from all sides who were accused of rights violations or war crimes and therefore the government should now dispense with this whole issue by granting general amnesty.

In his memorandum, he says “certificates of absentee” should be issued in respect of missing persons to their next of kith and kin for legal requirements.

As for reparation, he said the government should compensate the houses damaged in war. “Reparations should be paid on behalf of non-combatants killed in war,” he said.

Commenting on property taken over for military purposes in the North, he said these lands should be returned to their rightful owners or be acquired by the government through a proper procedure by paying compensation.

Referring to the advent of Tamil militancy, he said the Tamil United Liberation Front (TULF) passed the Vaddukoddai resolution in 1976 asking for a separate State for Tamils, and the LTTE, as an armed group, emerged subsequently. “The LTTE committed heinous war crimes killing as many as 9000 persons,” he said.

Against this backdrop, he said international oversight on Sri Lanka should not continue.

“We co-sponsored the resolution in 2015. We should not have done it. Today, the United States is no longer with the UNHRC. Britain and Germany will bring in a resolution on Sri Lanka this time. We should no longer keep this problem under international oversight. Instead, we have to come up with a solution based on what did in the past. We have conducted ourselves well. We have conducted democratic elections making way for representatives elected by people to rule their areas. This is a victory we gained. There is no political assassination that has taken place. There is no communal riot driven by hatred between communities. It is not the military or the Sinhala extremists who killed A. Amirthalingam or Yogeshwaran. It is the LTTE that is responsible. The LTTE would have even killed TNA leader R. Sampanthan if they had the chance,” he said.