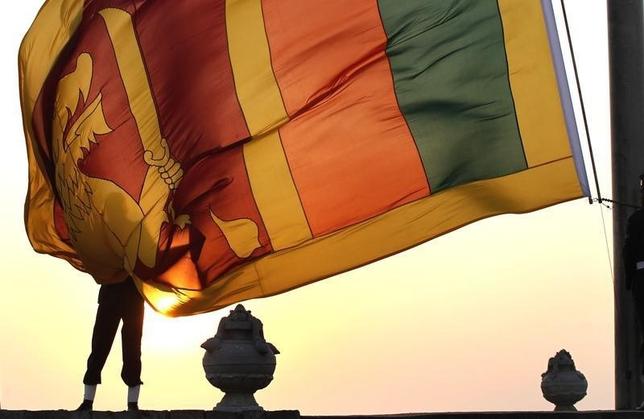 COLOMBO A U.S.-backed resolution at the United Nations that seeks justice for victims of Sri Lanka’s 26-year civil war has been softened to keep its government on board and allay the concerns of powerful neighbor India, sources say.

The latest draft, expected to be adopted in Geneva on Thursday, fails to specify the powers and role of foreign prosecutors and judges in trying war crimes suspects – a major shortcoming, in the eyes of human rights groups.

They and some diplomats say that reflects the balancing act needed to keep Sri Lanka’s new reformist leadership on board while making a credible attempt to end a culture of impunity over what the U.N. calls the mass killings of tens of thousands of people by both sides in the final stages of the conflict.

“Everything now depends on implementation – the text was worded in a very ambiguous way,” said Alan Keenan, Sri Lanka analyst at the International Crisis Group.

A judicial process with teeth would hold out a realistic prospect of punishment for senior figures in ex-president Mahinda Rajapaksa’s government and military, as well as Tamil Tiger rebels, who waged a bitter final battle in 2009.

The U.N. has estimated that 40,000 people died, many of them civilians, as government forces tightened the noose around a patch of land on the Jaffna Peninsula where Liberation Tigers of Tamil Eelam (LTTE) rebels were penned in.

But the U.S.-led draft agreed with the Sri Lankan government falls short of explicitly meeting a call by the U.N.’s human rights chief for a special court staffed with international judges, prosecutors, lawyers and investigators.

Such “hybrid” courts have emerged in recent years as a way to deliver justice in places such as East Timor, Kosovo and Sierra Leone against powerful individuals capable of threatening judges or witnesses.

The text instead vaguely affirms the importance of participation in a Sri Lankan judicial mechanism of “Commonwealth and other foreign judges, defense lawyers, and authorized prosecutors and investigators”.

“Meaningful foreign participation and international monitoring will be needed to prevent local pressure and intimidation from interfering with a fair judicial process,” he said.

Sri Lanka argues that President Maithripala Sirisena’s constructive engagement with the U.N. marks a break with the recalcitrance of Rajapaksa, whom he defeated in a presidential election in January.

Sirisena won backing on Monday from U.S. Secretary of State John Kerry, who endorsed a “credible domestic process” with international support when the two met on the fringes of the U.N. General Assembly in New York.

How this would work in practice still needs to be hammered out. “In order to ensure credibility, we of course need some kind of international involvement. But it will be decided after the consultation process,” one Sri Lankan official said.

A source familiar with the drafting discussions said the Sri Lankan government wanted to create the impression the resolution had been watered down to placate the majority Sinhala community that formed Rajapaksa’s power base.

“The substance is still all there,” said the source, who requested anonymity. The U.S. draft is widely expected to be adopted by consensus at the U.N. Human Rights Council meeting in Geneva.

A Western diplomat in Colombo and a source at the Tamil National Alliance, an opposition political party, said India had been at the forefront of efforts to ensure there was no full international war crimes probe in Sri Lanka.

This included lobbying by India to change the description of judges from “international” to “foreign” in the draft resolution, reflecting concerns that India could one day face a similar judicial reckoning in its disputed territory of Kashmir.