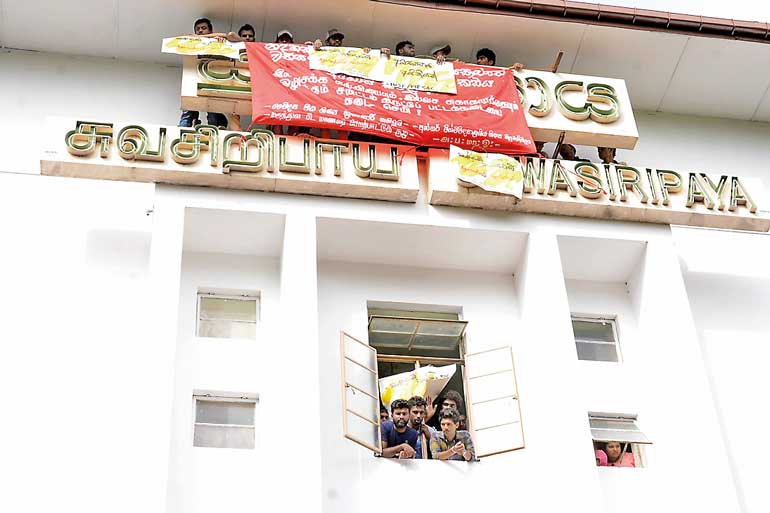 ECONOMYNEXT – University students protesting against private medical education stormed Sri Lanka’s health ministry and briefly occupied it before police drove them out after a three-hour battle.

Hundreds of students led by the Inter University Students Federation (IUSF) broke down the gates of the ministry, smashed at least four vehicles parked inside and put up their banner covering the ministry’s name board.

Police, backed by the elite Special Task Force, used water cannons to disperse the students who resisted moves to evict them.

At least 89 students and 4 police were injured in the clashes and were admitted to hospital.

The IUSF, which is affiliated with the Frontline Socialist Party, a breakaway faction of the JVP, was protesting the private medical college known as SAITM, or the South Asian Institute of Technology and Medicine, in Malabe.

“There was a complete intelligence failure,” an official source said. “The police should have known this was going to happen and should have taken precautionary measures.”

Earlier in the day, police obtained a court order preventing the students from staging any demonstration that would cause a hindrance to other road users. However, police failed to implement this court order. (COLOMBO, June 21, 2017)