Sri Lanka: UN calls for information about the legal and factual basis of any investigation involving journalist Dharisha Bastians 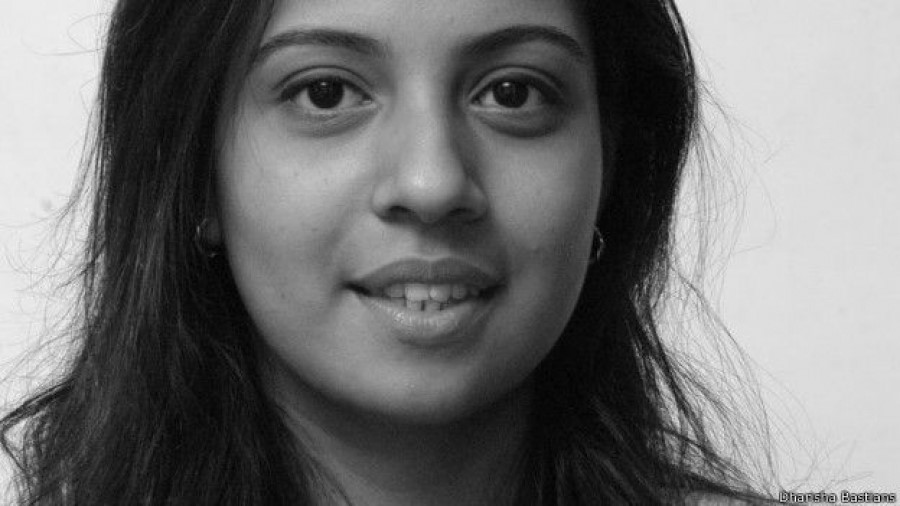 In a letter to the government of Sri Lanka, signed by five UN Special Rapporteurs has called for “detailed information about the legal basis for the search and the confiscation of the computer of Ms Dharisha Bastians, as well as how such measures comply with international human rights norms and standards. If any investigation were to suggest any incompatibility with international human rights law, please provide information on the return of the material seized.”

The Letter in full:

In this connection, we would like to bring to the attention of your Excellency’s Government information we have received concerning alleged acts of harassment and violation of the right to privacy of journalist Dharisha Bastians.

Ms. Dharisha Bastians is a journalist and human rights defender, the former Editor in Chief of Sunday Observer newspaper and a reporter for the New York Times. Throughout her career, she has written extensively on human rights, extrajudicial killings and the legacy of Sri Lanka’s civil war, alleged political corruption, impunity, democracy and political rights in Sri Lanka. Ms. Bastians has notably worked on several important cases of human rights violations, including the murder of The Sunday Leader Editor Lasantha Wickrematunge in 2009, and the alleged illegal detention of 11 young Tamil men abducted by a gang of Sri Lanka Navy personnel, and eventually killed in a Navy base in 2008-2009. These cases which remain unresolved, have implicated high ranking members of the present Sri Lankan Government, and perpetrators remain at large.

According to the information received:

On 9 June 2020, officers of the Criminal Investigation Department entered the home of Ms. Dharisha Bastians in Colombo, produced a warrant and searched the premises and her personal belongings and seized her personal computer. It is reported that the search was conducted in relation to an ongoing investigation carried out over the alleged abduction of a Swiss embassy staffer in Colombo in November 2019. Since December 2019, the Criminal Investigation Department has tried to link Ms. Bastians and others to this inquiry, in an attempt to prove some sort of involvement in the incident. The next court hearing on the matter is scheduled for 21 July 2020.

Furthermore, according to the information we received, the husband of Ms. Bastians, a career diplomat of 13 years with the Ministry of Foreign Affairs in Sri Lanka, was summarily recalled to Colombo soon after the authorities linked his wife’s name to the criminal investigation involving the employee of the Swiss Embassy, and has since been dismissed from service. On 21 June 2020, a member of her family was also summoned to appear in court in connection to the abduction case of the employee of the Swiss Embassy. In the past few months, the family of Ms. Bastians has reportedly received repeated visits from the police, while pro-government media have reportedly conducted a smear campaign against Ms. Bastians and her family, supported by attacks on social media, labelling her as a traitor and a criminal.

Previously, Ms. Bastians was called a traitor on multiple instances by supporters and family members of former President Mahinda Rajapaksa, who threatened legal action against her. This threat was allegedly related to an article she contributed to regarding Chinese ownership of a harbour in the south of Sri Lanka.

Without prejudging the accuracy of the allegations, we express our serious concern at the various forms of intimidation and harassment against Ms. Bastians and her family, which seems directly related to the exercise of Ms. Bastians’ right to freedom of expression and defence of human rights. We are particularly concerned that these measures may be aimed at discrediting her work, in an effort to stop her reporting on Sri Lankan political and human rights affairs. Serious concern is also expressed that the reported seizure of her personal and professional equipment and the exposure of her call data records, which could adversely affect her work and could seriously endanger and compromise her sources. We are also concerned that the reported acts of harassment and violation of the right to privacy against Ms. Bastians may deter other journalists from reporting on issues of public interest, and human rights, which are particularly pertinent at this time of global pandemic.

As it is our responsibility, under the mandates provided to us by the Human Rights Council, to seek to clarify all cases brought to our attention, we would be grateful
for your observations on the following matters:

1. Please provide any additional information and/or any comment(s) you may have on the above-mentioned allegations

2. Please provide detailed information about the legal and factual basis of any investigation involving Ms. Dharisha Bastians and how these comply with your Excellency’s Government obligations under international human rights law.

3. Please provide detailed information about the legal basis for the search and the confiscation of the computer of Ms Dharisha Bastians, as well as how such measures comply with international human rights norms and standards. If any investigation were to suggest any incompatibility with international human rights law, please provide information on the return of the material seized.

4. Please indicate what independent authority, if any, is in charge of effective oversight of any state entity carrying out surveillance, whether a law enforcement or national security agency; and if no such an independent authority exists, which are the specific explicit safeguards and what is the legal basis in the case of privacy-intrusive measures such as search and seizure of electronic equipment such as laptops, tablets and smartphones.

5. [alert type=”success or warning or info or danger”]Please indicate what measures have been taken to ensure that Ms Dharisha Bastians and all journalists and human rights defenders in Sri Lanka are able to carry out their legitimate work and exercise of freedom of expression and protect their right to privacy in a safe and enabling environment without fear of threats or acts of intimidation and harassment of any sort.[/alert]

6. Please indicate the extent to which Ms Dharisha Bastians’ treatment by State’s entities, including the police, has been in compliance with the recommendations made by the Special Rapporteur on the right to privacy in his report to the Human Rights Council on privacy and gender (A/HRC/43/52).

We would appreciate receiving a response within 60 days. Passed this delay, this communication and any response received from your Excellency’s Government will be made public via the communications reporting website. They will also subsequently be made available in the usual report to be presented to the Human Rights Council.

Please accept, Excellency, the assurances of our highest consideration.