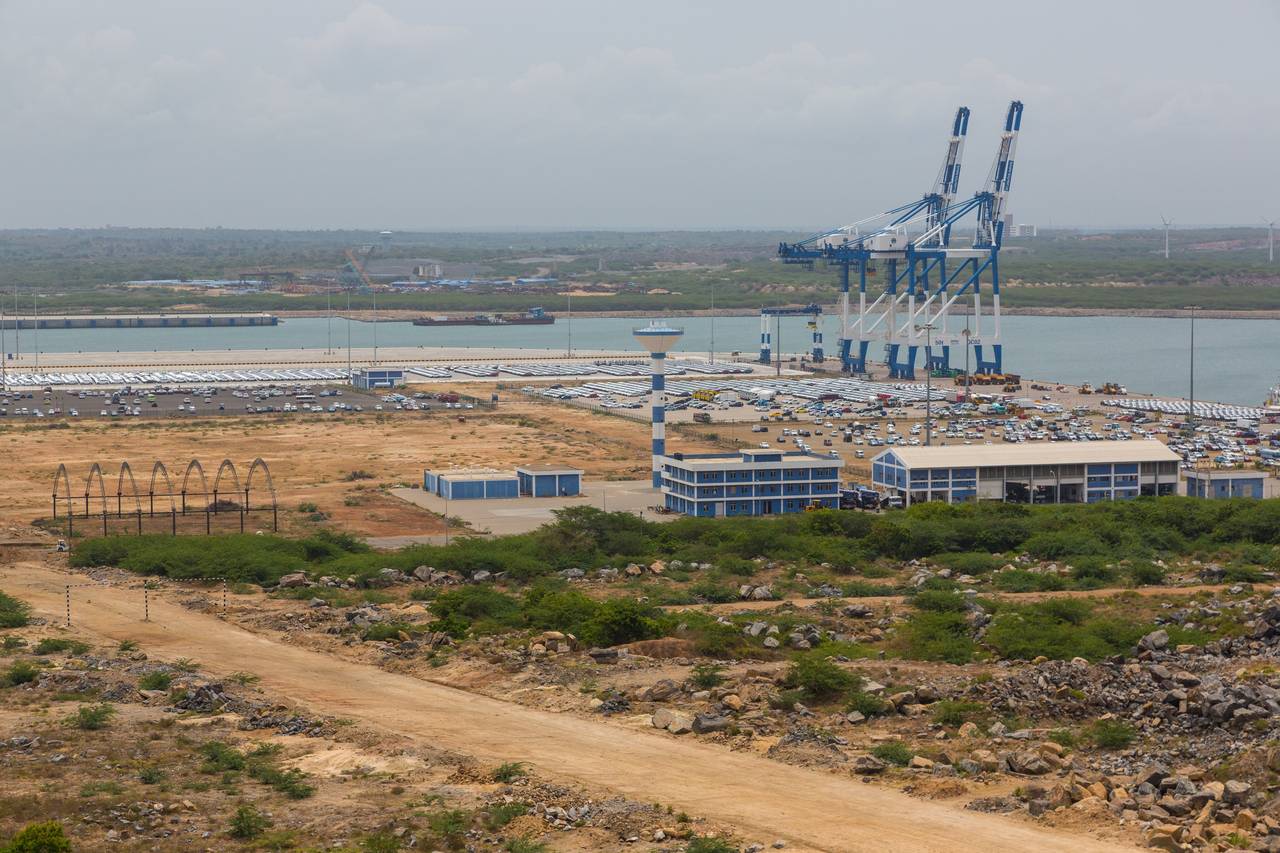 By GORDON FAIRCLOUGH and  UDITHA JAYASINGHE.

COLOMBO, Sri Lanka—Sri Lanka’s heavily indebted government signed an agreement in principle on Thursday to sell an 80% stake in a deep-water port on the nation’s southern coast, close to one of the world’s busiest sea lanes, to a Chinese state-owned company, senior officials said.

Under the deal, a copy of which was reviewed by The Wall Street Journal, China Merchants Port Holdings Co. would pay about $1.1 billion for its share of the port and adjoining land in Hambantota district.

Sri Lanka’s ports authority would own 20%. Officials said they hoped to complete the arrangement by early January.

Washington could react warily, depending on the details. The port, in Hambantota, lies along an important trade route linking the Middle East and Asia. And China’s navy has been stepping up its operations in the Indian Ocean as it seeks to project power westward.

“We will watch carefully,” a senior U.S. official said. “These things do have long-term implications.”

Sri Lanka’s development minister, Malik Samarawickrama, dismissed strategic concerns, saying “there is no issue.” He said the deal was a commercial one that “would take a huge burden off the government.”

Beijing has said projects with which it is involved in Sri Lanka and elsewhere in the region are designed to boost trade and foster economic development. The projects are parts of Chinese President Xi Jinping’s so-called One Belt One Road plan to build connections between Asia and Europe.

On the other side of India near the mouth of the Persian Gulf, a port in Gwadar, Pakistan has also been built by China, which is a cornerstone of $46 billion in planned Chinese investments in transport and power generation in that country.

China’s ambassador in Colombo, Yi Xianliang, has said Beijing was in discussions with Sri Lanka over taking “shares in projects to help the government solve its finance problems.”

Construction was started on the port and a nearby international airport by Sri Lanka’s former president, Mahinda Rajapaksa, who was voted out of office in 2014.

‘We will watch carefully…These things do have long-term implications.’
—A senior U.S. official talking about China buying into Sri Lanka’s port in Hambantota district

Western countries distanced themselves from Mr. Rajapaksa’s government after allegations of human-rights abuses during and after the country’s long civil war, which ended with the defeat in 2009 of a separatist insurgency by the island nation’s minority Tamil community.

In the wake of the conflict, Sri Lanka became increasing reliant on Chinese funding for infrastructure. At the time, opposition politicians, many of whom are now in the government, criticized the projects as overpriced and underplanned and sought to distance the country from China.

The country’s new leaders have portrayed the Hambantota port and airport as white elephants. “The previous government built these without thinking about whether or not they made economic sense,” Mr. Samarawickrama said. Now Beijing “will help us make these projects viable.”

The financial drain from the port and other works funded by borrowing from China has put mounting pressure on Sri Lanka, which earlier this year had to turn to the International Monetary Fund for a $1.5 billion cash infusion to bolster foreign-exchange reserves and stave off a financial crisis.

Sri Lanka’s new leaders have long sought to renegotiate terms of at least some of the $8 billion in debt the country owes China and to attract money from other sources. They have also tried to woo the West by improving human rights and pushing post-civil war reconciliation.

But the U.S., Japan, India and other potential backers have been slow to step up with alternative funding. “It will take some time for the restoration of relations and goodwill to translate into economic benefits,” said Eran Wickramaratne, deputy minister for public-enterprise development.