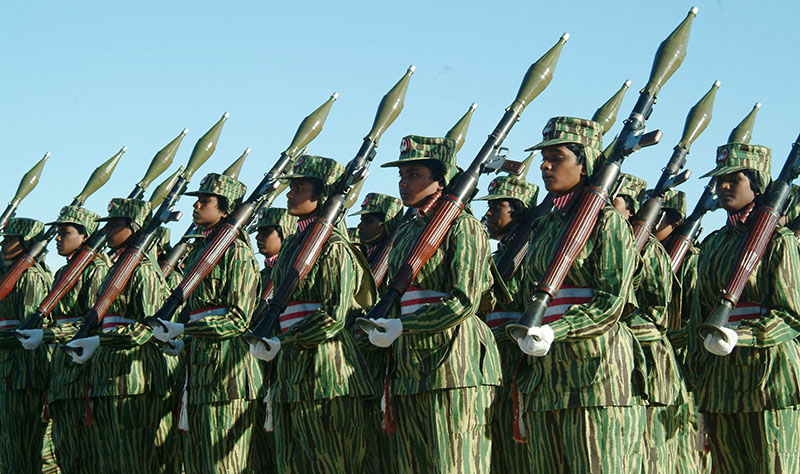 COLOMBO, Nov. 26 (Xinhua) — Sri Lanka’s new government will make a fresh presentation to the United Nations Human Rights Council (UNHRC), explaining all the atrocities and war crimes committed by the Tamil Tiger rebels who were militarily defeated by government forces after a 30-year war in 2009, local media reports said Tuesday.

President’s Spokesperson, Keheliya Rambukwella said the new Foreign Minister, Dinesh Gunawardena was likely to hold talks with the UNHRC in the coming weeks to explain to the United Nations and foreign countries to study the war in its entirety and not only during its final stages.

He said an existing resolution cosponsored by the previous government at the UNHRC was submitted without parliamentary approval and this resolution would be reviewed by the new government.

With Sri Lanka being a sovereign nation, Rambukwella said that President Gotabaya Rajapaksa would not allow foreign judges to conduct any war crimes probes in the country and rejected allegations that government forces had committed war crimes in the final months of the war.

The United Nations has estimated that more than 100,000 people died and some 65,000 others went missing during the 30-year civil conflict.

It has called for an international investigation into individuals responsible for the alleged war atrocities.