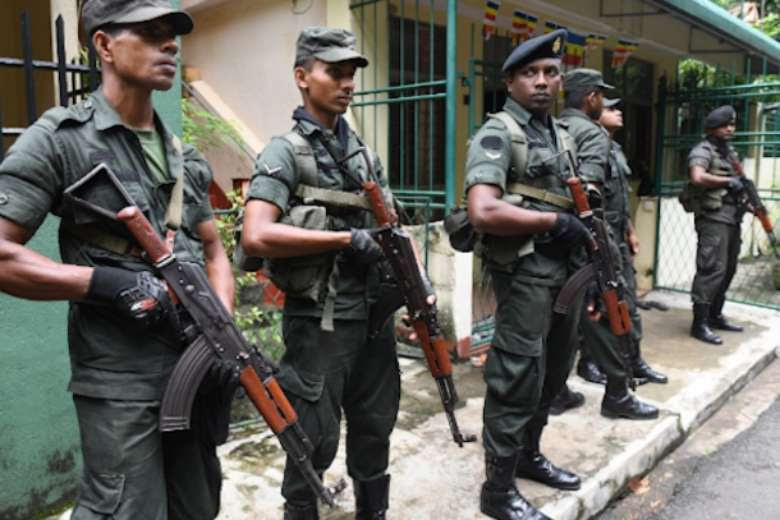 Sri Lankan soldiers stand guard during search operations in Colombo on May 25, 2019, after the Easter suicide bombings. (Photo: AFP)

(AFP)Hejaaz Hizbullah was arrested in April 2020, accused of being linked to the devastating series of attacks on churches and hotels.

A Sri Lankan court on Monday ordered the release of a lawyer arrested over his alleged ties to the 2019 Easter Sunday bombings and held nearly two years on charges rights groups say lacked credible evidence.

Hejaaz Hizbullah was arrested in April 2020, accused of being linked to the devastating series of attacks on churches and hotels that left 279 people dead.

But after prosecutors failed to provide evidence of his involvement in the attacks, blamed on a local jihadist group, he was instead charged with inciting “racial hatred” under Sri Lanka’s draconian Prevention of Terrorism Act (PTA).Monday’s decision to grant Hizbullah bail comes just weeks before his case was due to be discussed at the UN Human Rights Council meeting in Geneva, according to diplomats.

Dozens of rights groups have campaigned for his freedom, and his detention has been highlighted by the European Parliament.

Local rights activist Bhavani Fonseka said news of Hizbullah’s impending release was “welcome”, but called for reform of the PTA, which had allowed his indefinite detention without trial.

“This (release) should not distract from the need to repeal the PTA with a clear signal from the European Union and others that token reforms will not suffice,” she said on Twitter.

Hizbullah has made a name for himself as a vocal advocate of Sri Lanka’s minority Muslim community.

He earned the ire of the island nation’s ruling family after successfully challenging an effort to return former president Mahinda Rajapaksa to power during a constitutional crisis in 2018.