Sri Lanka: TNA Is Not Happy About New Budget 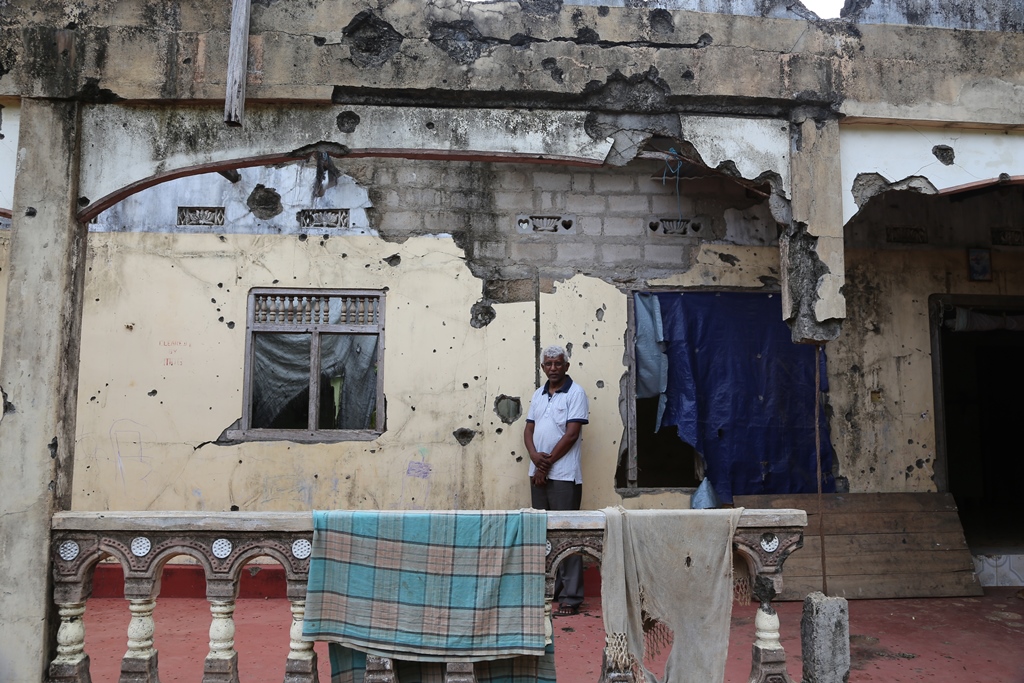 Image: House at Kilinochci in Aug 2016; No compensation has been paid to repair houses destroyed on the war.(c)s.deshapriya.

Tamil National Alliance (TNA) has issued a scathing critique on the National Unity Government’s budget for 2017, saying it proposed a “grossly inadequate” allocation for development of the North and East and reconciliation work and neglected spending for priority sectors such as education..

TNA Jaffna District Parliamentarian M. A. Sumanthiran told Parliament that the Government had allocated insufficient funds for the North and East in its second annual budget plan.

MP pointed out that while the budget proposals indicate an allocation of Rs. 180 million for “reconciliation work,” they do not outline for what purposes the monies are allocated. The TNA MP said he had met Finance Minister Ravi Karunanayake ahead of the budget presentation, with a detailed proposal for the North and East, with regard to Agriculture, Fisheries and animal husbandry.

“Those three together are the main livelihoods of our people. People have to get back on their feet. I am deeply saddened that those proposals have not been considered,” he further added.
Asia Mirror