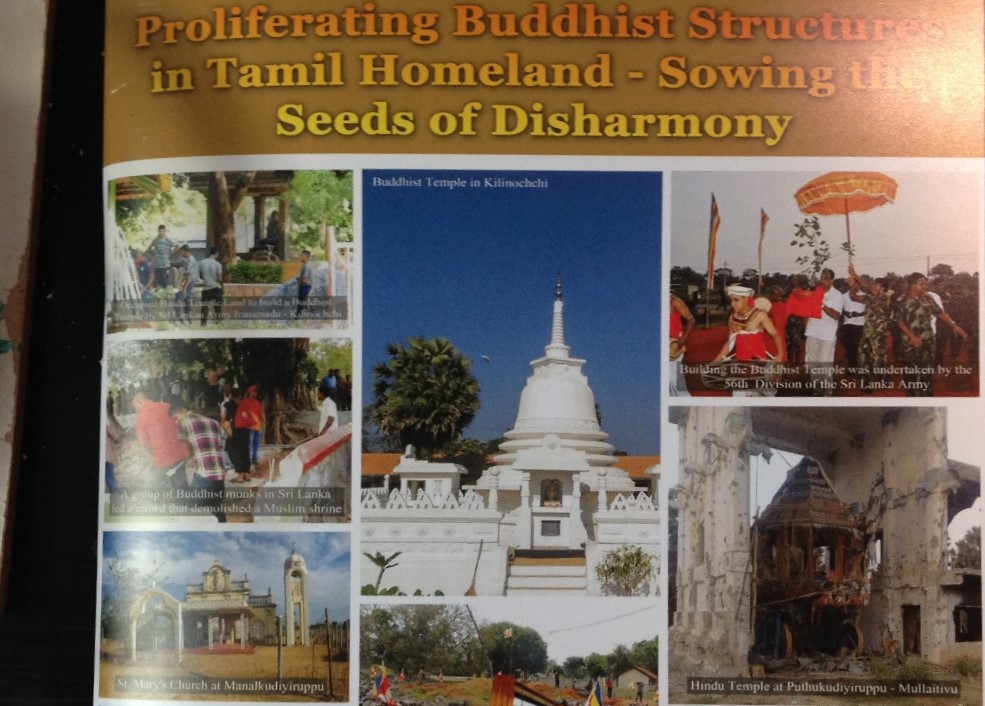 As number of Tamil political and civil organisations led by Chief Minister Wigneswaran are gearing for a massive demonstration in Jaffna tomorrow Tamil National Alliance led by R.Sampanthan faces a huge challenge of keeping its popularity among the Tamils in North of Sri Lanka. Two  constituent members of the Tamil National Alliance, EPRLF and PLOTE has joined hands with Wigneshwarn to to oppose the systematic settlement of Sinhalese people in the Tamil dominated region and the erection of Buddhist statues in an area devoid of Buddhist devotees in Tamil dominated North of Sri Lanka. Tamil National People’s Front (TNPF) led by Gajen Ponnambalam. EPDP Leader Douglas Devananda is also leading support for the rally tomorrow.

TNA has not so far taken a decision to support or oppose the campaign. Its deafening silence has made TNA look like supporting the government led by president Sirisena and prime Minister Wickremesinghe.

In his letter calling people to joint the protest CM Wigneswaran has said that ““Even though promises have been made about sharing power with the Northern and Eastern Provinces, not a single Government has delivered on this promise. This demonstration is being held to pressure the Government to release private citizens’ land held by the military, the release of political prisoners and finding the disappeared.”

According to the Tamil People’s Council,  which is spearheading the protest  the Government has systematically settled some 10,000 Sinhalese families in Vavuniya, Jaffna and Mullaitivu where such settlements had not existed before. Tamil Peoples Cpuncil is led by CM Wigneswaran.

it is expected that thousands of people will participate in the protest to send a strong signal to the government and to the TNA which is increasingly coming under criticism for not taking up Tamil peoples concerns strongly enough.

– With the inputs form Daily FT.