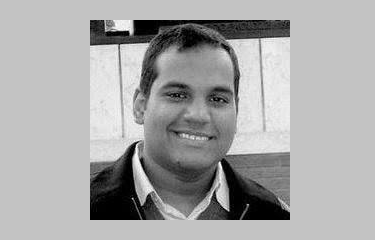 We, the undersigned individuals strong condemn the recent threats, harassment and unfair treatment against human rights defender, Kumaravadivel Guruparan, by the Sri Lankan military and University Authorities. Guruparan, is a prominent human rights lawyer and academic based in Jaffna, in the Northern Province of Sri Lanka. He is the founder of the Adayalam Center for Policy Research, and is a Senior Lecturer and Head of the Department of Law, at the University of Jaffna. He is also a Co-Spokesperson of the Tamil Civil Society Forum (TCSF). On 09 November, 2019, Guruparan was informed by the Jaffna University Council, that he had been barred from private legal practice as per a decision of the University Grants Commission (UGC). We condemn this decision of the UGC, which was instigated by the military, and is aimed at silencing and suppressing Guruparan’s human rights work and legal advocacy.

Over the past decade or more, Guruparan has been a strong voice for human rights and accountability in Sri Lanka. Despite living and working in a highly militarized and hostile context, he has been consistently vocal against the failure of successive Governments to hold those responsible, especially the military, accountable for crimes against civilians.

The restrictions and harassment meted out against Guruparan are direct reprisals against his human rights work. We are deeply concerned at the conduct of the UGC and the University of Jaffna (UoJ), in their treatment of a senior faculty member. Both the UGC and the UoJ are civilian institutions, responsible at least in part, for moulding and guiding generations of university students in this country. In this instance, they have shown a crippling inability to withstand pressure from the military, a trend which threatens dangerous consequences. On 21August, 2019, the military wrote to the UGC questioning the basis on which Guruparan was permitted to practice law in court. Despite there being clear provisions under the University Establishment code under which a faculty member may be permitted to engage in private practice, and the military having no standing whatsoever to question or interfere in internal university matters, the UGC took the surprising decision on 05 September, that Guruparan should no longer be permitted to practice law. The decision of the UGC was communicated to the University of Jaffna which then in turn on 09 November 2019 has decided to ask Guruparan to act according to the UGC directives.

There has been a pattern of threats, intimidation and harassment against human rights defenders, especially those working in the North and East, in the lead up to the November election. Lawyers and activists working on military accountability have been particularly targeted. The recent threats and restrictions against Guruparan are believed to be linked to his representation of victims in the Navatkuli Habeas Corpus case, which relates to the enforced disappearance of 24 boys from military custody in 1996. Following the hearing of the case on 01 August 2019, Guruparan and other lawyers were photographed by unidentified men within the court premises. On 07 August, three officers from the Terrorism Investigation Department (TID) visited the Adayalam Center office and demanded staff details and information about their work. Other lawyers working on the case have also faced similar harassment and intimidation.

We reiterate that the restrictions and harassment against Guruparan are a reprisal against his human rights work. The restrictions on his legal practice is a clear attempt to subvert justice by preventing his cases from being litigated successfully in court. We stand in solidarity with Guruparan and other lawyers, journalists, and human rights defenders in the North and East, who face an increasingly tense and restrictive environment.

We also call upon the Judicial Service Commission to take note of the serious implications of such actions by the military, whose members have been named as respondents in the case that Guruparan is representing. Attempts to influence as to who appears on the other side through intimidation and undue influence is a very serious issue affecting the fundamental right to equality before the law and recourse to justice.The Hon. Attorney General who appears for the military must also appropriately advice his clients to desist from such reprehensible behaviour.

In conclusion, we condemn the UGC for aiding the military call on them to rescind the order, and clarify the rights of university legal academics staff to engage in practice.