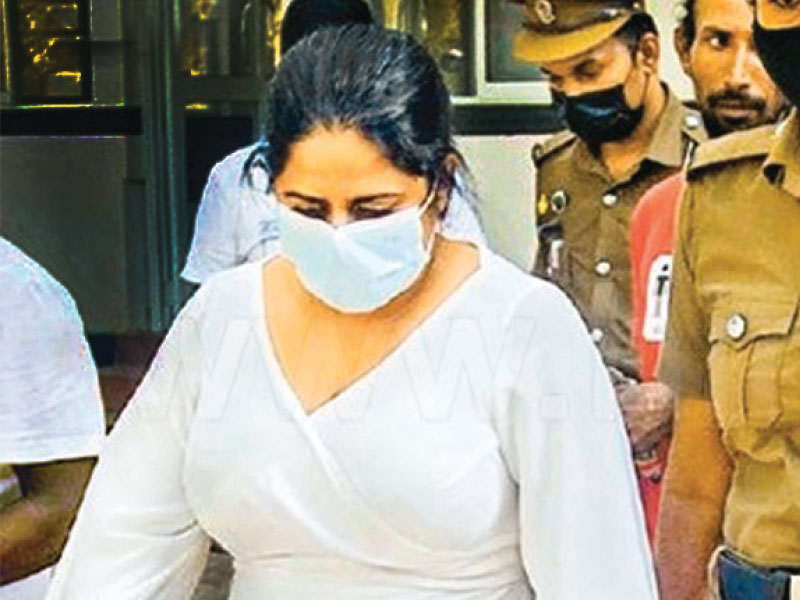 Thico Group owner Thilini Priyamali, who is remanded over financial fraud, filed a complaint with the Human Rights Commission of Sri Lanka (HRCSL) through a lawyer, alleging she was strip-searched inside prison, violating protocol for prisoners.

The complaint also said she sustained injuries to her private parts in the process.

Speaking to the media after filing the complaint, the lawyer said the search had been conducted by prison officials violating the set procedure for such matters.

“She had been discriminated inside prison. Owing to injuries sustained to her private parts after these so-called searches, she had to be hospitalised as well. This is a blatant violation of her human rights,” he said.