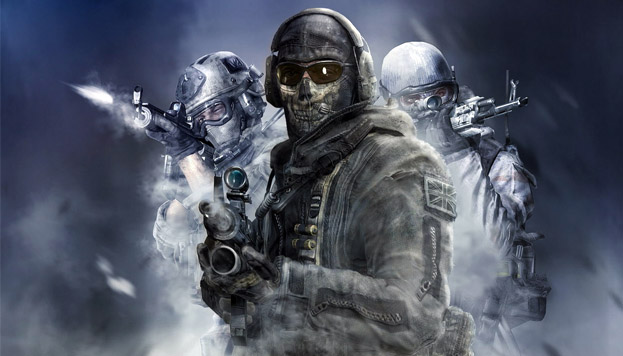 With the second reading of the Counter Terrorism Bill scheduled for Tuesday (23), rights activists are still raising grave concerns about the proposed legislation.

For about 40 years, the Prevention of Terrorism Act (PTA) served as a license for torture, sexual violence, enforced disappearances, and prolonged detention. Three years have passed since the governmental commitment to repeal it, and it must be done now.

There are also many problematic clauses in the draft of the proposed new counter terror law,which has been tabled in parliament, with the original Sinhalese name, and a new English name – “Counter Terrorism”. Crimes must be prevented and responded to, including serious ones termed as “terrorism” and we already have a plethora of laws to do this. It is also possible to amend existing laws to include any new types of crimes that are not included. Therefore there is no need for a new counter terror law.

We have been living in a state of almost continuous emergency for about 40 years from1971 to 2011. Emergency regulations were reintroduced in March 2018 for a short period when there was violence against Muslims around Kandy. Under the Public Security Ordinance (PSO), the President has absolute discretion, without judicial scrutiny, to declare a state of emergency and ‘emergency regulations’ that can override all laws except the Constitution. Parliament can extend such emergency laws beyond 14 days. Emergency regulations can take away procedural protections on arrests, detention, and trials, which are guaranteed under criminal law, and they can be used for entry, search, seizure of assets and properties, providing powers of arrest to the armed forces, and accepting confessions made to the police. 1

Emergency regulations have also introduced definitions of terrorism. Our Constitution also provides for restrictions of rights2 in the name of national security, without them even being required to be ‘proportionate’. In addition to the PSO and emergency regulations, Sri Lanka has about 15 other laws,3 which can deal with offences that are listed under the proposed counter-terrorism law.

The Bill contains vague and broadly worded definitions of the intention required for the offence of terrorism:4 The defined actions include ones that can infringe on dissent and fundamental rights guaranteed under the constitution.5 Even the exception clause to the above – the exercising of a fundamental right – is subject to that of being done in “good faith”.

There is no compulsion to protect an arrested person from physical harm. Conveying information about the arrest to the arrestee in her or his own language is not compulsory and where it cannot be given immediately, there is no specified time frame to do so. Even if family members are present at the time of arrest, there is a 24 hour period provided, to notify the family of the arrest details. If family members are not present at the time of arrest, serving acknowledgement of arrest is not compulsory. It is not compulsory for female suspects to be questioned by female officers or have a female officer present.

The time frame for a detainee to be produced before a Magistrate is doubled to 48 hours from the 24 hours limit allowed under ordinary laws, increasing the possibility of abuse. A person could be remanded for upto one year without charges and without bail.

Through Detention Orders (DOs) a police officer can tell the judiciary (a Magistrate) what to do, and the Magistrate must obey, in terms of detaining a person, granting bail or discharging an arrestee. These DOs can last up to two weeks at a time and with approval of a Magistrate, can be then extended for eight weeks. Detention is in places and conditions decided by a Minister. Appeals against DOs are to be made to a“Board of Review”, comprising the Minister the Ministry’s Secretary, and two others appointed by the Minister. A detained suspect’s lawyer and family can only access her or him with the prior permission of the Officer in Charge (OIC) of the detention facility or prison.

Lawyers cannot be present during interview and taking of statements. Police are given 72 hours to notify the Human Rights Commission of Sri Lanka (HRCSL) of a detention under a DO, but no time frame is given for the HRCSL to be given a copy of the DO. The Bill gives power to an OIC to do a medical examination of a detainee to check for visible injuries, and if there are visible injuries, the OIC only has to produce a suspect before a Judicial Medical Officer(JMO)and obtain a report.

If a Magistrate or the HRCSL thinks a place of detention/remand does not conform to the requirements of humane treatment (after a visit), they are to notify the Inspector General of Police/Superintendent of Prisons. However, neither of them are obliged to provide ‘whatever is necessary for humane treatment’.

Under the PTA, only police officers can make arrests, enter premises, conduct searches, and seize material, but the new Bill also grants sweeping powers to the armed forces and the coast guard. Police can seek an order from a magistrate to stop a gathering, a meeting, rally or activity, without a chance for an affected party to be heard. A Minister can proscribe an organization and declare any public place or any other location as a prohibited place indefinitely- without prior possibility for the affected to challenge this- powers that even the PTA doesn’t provide for. Additional powers that the Bill provides but the PTA does not have, are for the President to declare a curfew and call out armed forces so as to maintain public order.

The PTA only allowed seizure and forfeiture of properties of a convicted person, but the new draft law expands this to include those acquitted by courts or anyone else.

The Bill also legitimizes acceptance of a penalty such as a public apology, or reparation to victims of the offence- such as undergoing rehabilitation or engaging in community service. In the context of decades long court cases and high legal costs, the threat of fresh charges with high penalties may compel individuals to admit guilt rather than establish their innocence in a Court of law. The Bill also allows the Attorney General, the prosecutor, to play a judicial role by imposing penalties when withdrawing charges.

The new draft Bill improves on some of the draconian provisions of the PTA, but also goes on to provide the Minister, President, armed forces more powers than the PTA. We must not lower our standards to use a much abused draconian law like the PTA as a benchmark for any new law.

Extraordinary powers should always be an exception for limited purposes, limited periods and a limited geographical area, but the new law is a permanent all island law. It introduces offences that are vague and could criminalize exercise of human rights and dissent. It reduces checks and balances to safeguard life, liberty and wellbeing, reduces judicial discretion and grants extraordinary powers to a Minister, police, army and coastguard on top of the wide powers they could exercise even now through proclamation of emergency by the President. These are powers that have been heavily abused in the past and the new bill can facilitate continuation of such abuses. It can permanently militarize civil life, based more on security obsessed authoritarianism than democracy and rule of law. This must be opposed.

(The writer is a rights activist. A significant part of his work in the last few years has been about those detained under the PTA and those released. He has also been detained under the PTA, has a pending investigation for four and half years, and a court order restricting his freedom of expression)

[1]In the past, this has even included bypassing inquests required under ordinary laws for death of persons caused by the police or the army, or the death of persons while in their custody, and made it mandatory for all media organizations to submit their reports to the ‘Competent Authority’ prior to publication or broadcast.

[2]Such as right to be presumed innocent until proven guilty, freedoms of expression, assembly, association, and movement, equality before the law and non-discrimination.

[3] For example, Penal Code, Code of Criminal Procedure, Offences Against Aircraft Act No. 24 Of 1982, Suppression Of Unlawful Acts Of Violence At Airports Serving International Civil Aviation No. 31 Of 1996, Suppression Of Unlawful Acts Against The Safety Of Maritime Navigation No. 42 Of 2000, Prevention Of Hostage Taking No. 41 Of 2000, Prevention And Punishment Of Crimes Against Internationally Protected Persons No. 15 Of 1991, Suppression Of Terrorist Bombings Act, No. 11 Of 1999, Chemical Weapons Convention No.58 Of 2007,, Convention On The Suppression Of Terrorist Financing Act No. 25 Of 2005, Financial Transactions Reporting Act No. 6 Of 2006, Prevention of Money Laundering Act No. 05 of 2006 (as amended), Proscribing of Liberation Tigers of Tamil Eelam and Other Similar Organizations Law No. 16 of 1978, SAARC Regional Convention On Suppression Of Terrorism Act No. 70 Of 1988, United Nations Act No 45 of 1968 and regulations made under that to deal with terrorist financing and money laundering and which has led to listing of persons and organizations.

[4] Such as “intimidate a population”, “wrongfully or unlawfully compelling the government of Sri Lanka, or any other government, or an international organization, to do or to abstain from doing any act”, “prevent any such government from functioning” or “causing harm to the territorial integrity or sovereignty of Sri Lanka or any other sovereign country”.

[5]obstruction to essential services, obstruction, interference to any electronic or automated system and causing serious risk to safety of a section of a public.