Sri Lanka: The sad state of affairs of Joint Opposition and the Government today – Sumanthiran 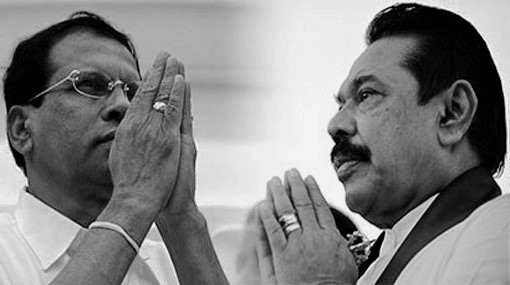 Thank you, Hon. Presiding Member, for this opportunity to speak at this Adjournment Debate.

That is the gist of the Debate between the so-called Joint Opposition and the Government today. The Government is bending backwards trying to say, “We are not going to allow anybody to be punished.” The Joint Opposition says, “You are trying to punish.” Nobody is talking about the crime. No one is talking about the victims. No one is talking about what is right and what is wrong. Both are competing with each other, trying to excel each other in claiming that they are better at covering up. One says, “We covered up well. You have now revealed it.” And the Government says, “No! No! You are the one who exposed it. Now we are covering up.” Shameless conduct both by the movers of the Resolution and those who are replying on behalf of the Government! Why cannot you face reality? Why can you not be truthful? Why can you not act with honour and tell the people of this country the reality. Why do you have to beat around the bush? That is why I call it hypocrisy.

There were references made to 1988/89 period, a comparison between that and 2008/09 period. Why do we even have to go there? Is not a wrong a wrong to whoever it happens? Have we descended to a point when the Representatives of the Tamil people have to  ask the question “If it happens to Sinhala youth, you will do and if it happens to Tamil youth, you will not?” Do we even have to raise that as a question in this House?

Hon. Minister Rauff Hakeem praised the virtues of this UN Resolution but it was he, in 2012, who went to Geneva and campaigned against the first Resolution. And as I say so Hon. Minister Mahinda Samarasinghe smiles. He led the delegation fighting hard against these Resolutions, but failed, failed miserably, to prevent those Resolutions. Why? Because you were wrong; because you allowed these things to happen; you did not take responsibility and act as a responsible Government and when you were asked, you gave assurances.

I am glad that the Hon. Wimal Weerawansa read in Sinhala that undertaking, the Joint Communique that was signed by  the then President Rajapaksa in Kandy in May, 2009  with  the Secretary-General of the UN when the Government said, “We will inquire into those when we appoint the LLRC.” The first two Resolutions in 2012 and 2013, as the Hon. Minister knows very well, only asked the Sri Lankan Government to hold internal investigations.  That was all it asked, according to the undertaking given in that Joint Communique. And  it asked the Sri Lankan Government to implement the recommendations of its own Commission – the LLRC.  We did not have faith in that Commission, but even that Commission made constructive recommendations.  Even that was not implemented.  Then, what did the international community do?  They did not interfere; they did not say, “You must do what we tell you to do.”  They only said, “Do what you have said you will do.”  “Do what your own Commission has recommended that you must do. But if you fail in that, certainly there will be repercussions.”  Those who scream about international interventions must know that it was during that time that Dr. Palitha Kohona was appointed head of an investigative team by the UN to look into a bombing of an aid  flotilla against Israel.  We participated in investigations against other sovereign countries as a responsible member of the United Nations.  We are members of the United Nations and we are proud of it.   Why are we members of the United Nations if we cannot abide by the basic Charter of the United Nations?  What is sauce for the goose is sauce for the gander.  What is good for Israel is good for us.  So, it is that, that will remain on the international agenda until it is accomplished.

I am glad, the former Minister of Foreign Affairs  – the present Minister of Finance and Mass Media – very clearly set that out,  about sovereignty; about what sovereignty means today.  Sovereignty is not something that is given to a ruler of a country to do as he pleases with his subjects.   We are no longer subjects; we are citizenry.  We are citizens in whom sovereignty rests. Sovereignty is no longer with the rulers.  It is with the people and that is why if the people are mistreated, you cannot take cover behind sovereignty.  That is a false cover.  That will never protect you and that is why questions can be asked and are being asked.  That is why this Government took the proper step of co-sponsoring HRC 30/1 and HRC 34/1 Resolutions, because that is the only proper course available.  But our complaint is against this Government as well.  You co-sponsor a Resolution and you drag your feet implementing it.

You have all kinds of excuses not to implement it. You do not say you will not implement it, but you will not do it either.  Even in taking action, there is blatant discrimination. We commend you for taking action in the case of Prageeth Eknaligoda; in the case of Lasantha Wickramatunga, but there was a course of Tamil journalists who were killed. Why has the Government not moved one finger in respect of one of those assassinations? Why? Are Tamil journalists any less citizens of this country than Sinhala journalists? Is that your view? You do not have to answer that. It is blatantly obvious what your view is, when you do not do what you are supposed to do; when you do not do the right thing for certain sections of the community, but rush to do other things.  Until you change your course, we will have international spotlight on Sri Lanka and – I do not want to beat around the bush – we will ensure that, but that is not what we desire. We do not do that with glee, we do that with a heavy heart. We would like to say that we are equal citizens in this country, that our people are protected by the State as much as any other people in this country are protected. That is what we want. Then only we can be proud. But you are not allowing us to be proud citizens of this country.

So, my urge to the Government, at this time, is that you did the course correction; you turned towards the right direction; you did the right thing by co-sponsoring those two Resolutions, but please do not drag your feet any longer. Be brave and do what is right and nothing will go wrong. Do not be afraid to do the right thing. The previous regime was not afraid to do the wrong thing, but you are afraid to do the right thing, perhaps the presence of many who were in the previous Government being in the present Government too may be a cause for that.  But, you cannot be dictated to by those forces. You have come with a fresh mandate; you have come with a very clear directive from all the people of this country and that is what you are expected to do. There were simple things that could have been addressed long ago that afflict our people and this Government is dragging its feet.

The Hon. Risad Badhiutheen was heard to complain bitterly about what is happening now and I have sympathy for what he said. A certain person has informed the Court of Appeal that he is in hospital and the IGP says that he has four units of police looking for him. Can there be any worse joke than that? That person informs court that he is in hospital and the Inspector General of Police with four units of searching policemen cannot find him. Why is that?

At the same time, I would also like to say to the Hon. Risad Badhiutheen when he complained about resettlement of protracted Muslim IDPs, we are all for all of those who were removed from the Northern Province coming back. We have said that time and again. Not just the Muslims but the Sinhalese, the Tamils, all must be resettled from where they were moved. If there are protracted IDPs and their issues have not been addressed, all of those issues must be addressed. Protracted IDPs cannot be only Sinhalese and Muslims.

It is a sad fact that a definition was sought to be introduced to the word “Protracted IDPs”. A Cabinet subcommittee has been appointed and the definition was “Sinhala and Muslims IDPs”. How can that be? When that was objected to, the definition has now been suggested “that those who were ousted prior to December 31st, 1990″ – that is all right – “by the LTTE”. Why only by the LTTE? What about the others? An IDP is an IDP. If he is a protracted IDP, then fix a date.  But it cannot be only those who were ousted by a particular movement. A particular movement should not come under that definition.

So, as much as we support the call of the Muslim people, indeed the Sinhala people and the Tamil people to be resettled in their original places, we say that also must be done without discrimination. We stand for a country that is not divided, a country in which all the peoples will be proud of their equal status to live without discrimination or fear, but, until we reach that, you cannot oust the concern of the world on this country.

(Full transcript of the speech made by Hon. Sumanthiran in Parliament yesterday.)