Sri Lanka: The Muslim community is under attack. But why now?- Ahilan Kadirgamar 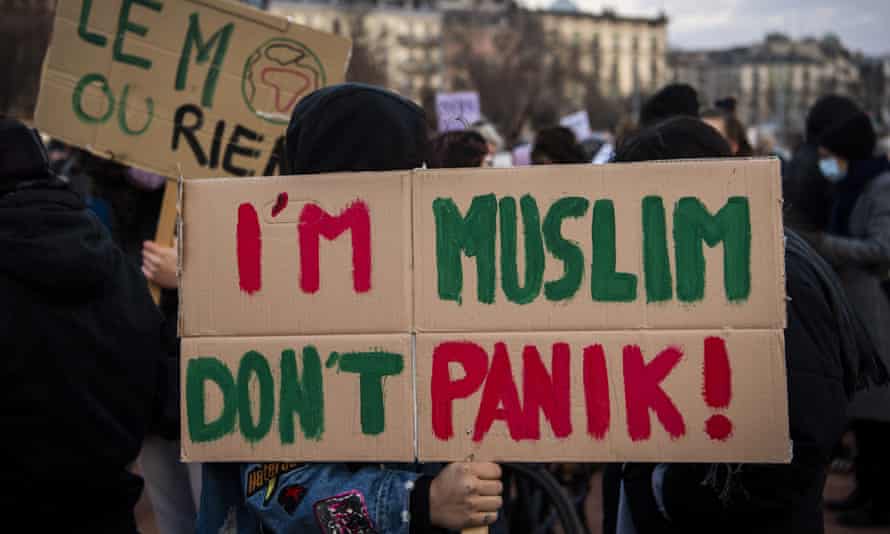 Image courtesy of The Guardian.

Sri Lanka is on the downward slide of chauvinist oppression. The Cabinet last week decided to ban the burqa and niqab worn by Muslim women. When the issue of banning the burqa came up a month ago, in the week before the UN Human Rights Council vote on Sri Lanka, the Cabinet Spokesman said it was only a proposal and will be decided on after consultations with the Muslim community. Weeks later, there have been no consultations, and the decision to ban the burqa and niqab come days after the arrest of prominent Muslim political leader Rishad Bathiudeen.

Once the rulers descend on the path of chauvinist scapegoating, it may come back to destroy us all.

The Muslim community is under attack. But why now? Is it a way of distracting public attention from the deteriorating economic situation, escalating COVID crisis and rising opposition to the Government? Over the last decade, there are the repeated and the dangerous dynamic of scapegoating the Muslim community by those seeking power and those in power.

As the social and health situation in neighbouring India goes to hell with chauvinist election campaigns by the Modi regime, and its negligence leading to pandemic related devastation with no oxygen for the sick and lack of even pyres to cremate the dead, we should oppose the chauvinist machinations of the rulers here. Once the rulers descend on the path of chauvinist scapegoating, it may come back to destroy us all.

The burqa and niqab ban, if implemented after it is passed in parliament, will have tremendous consequences for Muslim women. The choice of dress of Muslim women should be theirs. The imposition of the state, and that too an unashamedly majoritarian state, is an attack on Muslim women’s freedoms.

As with the temporary ban of the burqa during the months after the Easter Sunday attacks, many Muslim women may not go out of their homes, effectively imprisoning them inside their own homes. Such a situation can cause considerable psychological harm. And in fact, some Muslim women may even avoid seeking medical care causing further health problems.

The Cabinet decision to ban Muslim women’s dress is not just insensitivity, this is part of a concerted and relentless chauvinist attack on the Muslim community.

Muslim girls who wear the burqa starting in their teens go to Madrasas for their education. There are also some schools that permit wearing the burqa to school. Some of those girls may stop going to school. And similarly, many pre-school teachers in Muslim communities may now stop working.

The burqa and niqab ban is an attack on Muslim identity, as fear eclipses the Muslim community that this might be another in a series of attacks; the on and off forced cremations of the COVID dead and the angst about its return are palpable.

The Cabinet decision to ban Muslim women’s dress is not just insensitivity, this is part of a concerted and relentless chauvinist attack on the Muslim community, whereby the Government is seeking cheap political capital and deflecting attention from its failures.

As we brace ourselves with the escalation of the COVID spread here, a catastrophe is unfolding in India that could claim the lives of over half a million people. Arundhati Roy’s long essay in The Guardian published on April 28, 2021, is titled, ‘We are witnessing a crime against humanity.’ This is how Roy begins her essay:

“During a particularly polarising election campaign in the state of Uttar Pradesh in 2017, India’s PM Narendra Modi, waded into the fray to stir things up even further. From a public podium, he accused the state government – which was led by an opposition party – of pandering to the Muslim community by spending more on Muslim graveyards (kabristans) than on Hindu cremation grounds (shamshans). … “If a kabristan is built in a village, a shamshan should also be constructed there,” he said. “Shamshan! Shamshan!” the mesmerised, adoring crowd echoed back. Perhaps he is happy now that the haunting image of the flames rising from the mass funerals in India’s cremation grounds is making the front page of international newspapers. And that all the kabristans and shamshans in his country are working properly, in direct proportion to the populations they cater for, and far beyond their capacities.”

There is much we can learn from India. Governments often fail at crucial moments because they are controlled by and have the interests of those in power and those with wealth. But the people have to keep the rulers in check, and for that we have to be wary of how they polarise and divide us. Roy’s description of the rhetoric of graveyards and cremation grounds in India, should remind us here of the forced cremations and the burqa ban.

When a community comes under chauvinist attack by those in power, we should be wary that those in whose name it carries out that attack might be next. I have heard it repeated by older people in Jaffna, of the despicable eviction of the Muslim community in the North by the LTTE in October 1990. In an act of ethnic cleansing, they were chased out leaving everything behind. Exactly five years later in October 1995, the entire Tamil population of Jaffna was ordered to leave the peninsulaby the LTTE, where hundreds of thousands of people suffered enormously with that enforced displacement, and those that returned later found their houses looted and destroyed. We did not speak for the Muslims, and look what happened to us, is what those honest ordinary people say.

When they come for us…