Sri Lanka: The job of a judge is to do justice, regardless of nationality 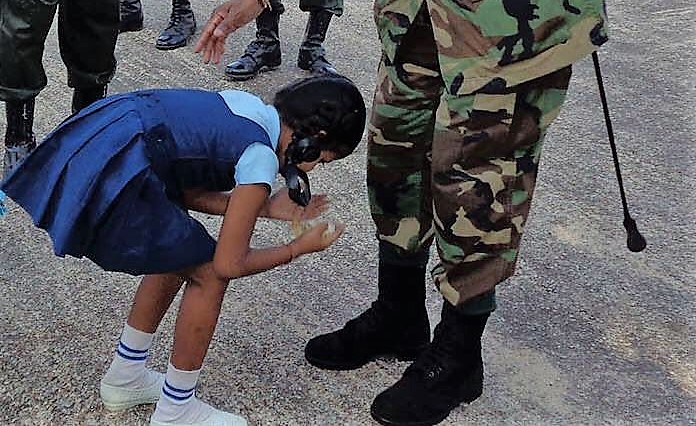 Concerns have been raised about the preliminary report of the Consultation Task Force (CTF), particularly about hybrid courts and foreign judges.

It should be remembered that this report and its recommendations have not been finalized. Additionally, at the very beginning of the report, the CTF write that they are not making extensive recommendations themselves, but that this is merely a collection of ideas from various people to whom they have listened.

This whole discussion that has created some controversies about hybrid courts should, I think, require a little bit of thinking.

First and foremost, this issue must be looked at from the point of view of law and justice. After all, the idea of the court is to mete out justice at the end. If it fails, then all this talk is worth nothing. A court can deliver justice only if its judges meet the requirements in terms of their experience, education and, above all, their integrity and their being commitment to justice and not to anything else. The motto should be: let the heavens fall, but justice will prevail.

If we can find such judges in Sri Lanka, let’s find them. There is no special requirement to bring anybody from outside. But if we can’t find them, or we can’t find enough of them here, then we should either bring them from somewhere else or we should not engage in the exercise at all, because there are only two types of courts: courts of justice, or kangaroo courts.

What we don’t want to have are kangaroo courts. That is what we have to avoid. In order to do that, we need to advertise the required qualities and get people from wherever. This is not about genes. This is not about colour or about what country you come from. A judge, acting in their professional capacity, has no nationality. A judge has nothing else but justice. That is why Lady Justice is blindfolded. Once you sit as a judge, you don’t belong to normal categories. It doesn’t matter whether you are Indian, Sri Lankan or from elsewhere. There are many courts all over the world where there are mixture of people. For example, in Hong Kong, as a matter of practice, you always have judges from developed jurisdictions working with Hong Kong judges in the Court of Final Appeal. The goal is to maintain quality.

What we should have is justice of a quality that no one can challenge it. It will not listen to governments, it will not fear any repercussions; it will just be justice. If justice cannot be done, the judges would say that they cannot do justice here, and that they cannot do something false.

We can again reach global standards. This is happening in many other fields. See how many engineers are in this country who are foreigners. Suppose you say that no engineers should come from abroad: what would happen to all their enterprises? See medical teams. This is happening all the time in every field.

Suppose we one day say that all foreigners are banned from participating in anything at all. What would become of us? In the world today, it is not like that anywhere. There is some absurdity in this whole discussion.

The second thing is that nothing is of greater value by being called ‘hybrid’. The mere fact that you add a foreign judge to a team of others does not make it a good court. The best example is where I used to work, in Cambodia, where there was an experiment with a so-called hybrid court. It was a complete failure.

The issue is the ensure quality. If the quality can be ensured by the talent we have, so much the better. Otherwise, open it up like any other employment opportunity and ensure that those people abide by quality.

If there is a fear that some foreigner may try to bring an agenda into this, it should be remembered that judges do no have agendas: judges do not have nationalities.

Many courts in the world have foreign judges. Many developing countries have in the past deliberately brought them in so as to raise their quality. Some of our judges, people from our system, are in other courts, such as in Fiji. There are so many of our judges there, including sitting judges. We have also sent prosecutors and judges to the International Court of Justice.

Sri Lankans have played their parts in other courts, and other people can also do the same thing here. The idea that any foreigner would be someone who is biased is, I think, a very false notion.

Of course, on the one hand there is the substantial issue, and on the other there is the political issue. Politically, the opposition tries to say that foreign judges will try to put our national heroes into jail, and other such allegations.

The government is then put in an embarrassing position, so they say they won’t have the judges. That’s a political debate, but these are not issues that politicians can decide purely on political terms. The judiciary is not something that should be decided on political terms.

The independence of the judiciary does not require that only local judges can sit at a court. Local and international does not apply. The reason for the blindfolded image is that they simply don’t have nationalities, their genes don’t matter, they go by certain qualities. This is the only profession of that type, where we don’t give any priority to anything but justice. Let the heavens fall, but justice must be done. They cannot say that they think in a particular way, that their ancestry guides them, or astrology or anything else.

This issue must be addressed step-by-step. Our experts, even those involved in transitional justice, look at books, but they don’t look at the contextual issue. What is missing here in this country? What is wrong? Not only regarding crimes related to the civil war, but in normal crimes? Our investigative system is in a serious crisis. In a normal murder or rape case, making a complaint doesn’t mean that there will be an investigation. Sometimes there are. In many cases, it doesn’t happen. There is something wrong in our basic criminal justice system. Making use of this larger issue, we should deal with our basic system. Correcting this is in everybody’s interest. If something happens to me today, it is in my interest that there is a system where a complaint can be made and where complaints will be investigated.

This is not a matter for speculation. We don’t speculate about crimes. We investigate crimes. It is a serious art and science.

Rather than borrowing some terms from elsewhere and putting it into a report, we should look at the local situation and see what is wrong with it. A critique should be made of the local situation. If someone is not happy with the local judiciary being able to do this job, make a proper critique of that and explain why.

Politicians may raise obstacles to foreign judges, but no question is being asked about what the people want. Would the people want justice or a farce? Some kind of bluff, followed by conviction or acquittal? We don’t want courts that are committed to convicting or acquitting people without due process. It should be according to justice. So do you want a court of justice, or some kind of bluff? This is a matter for the people, primarily, and if the people begin to demand this, all these parties will have to listen. Political parties should listen to the people. Here we have it the other way: we borrow our ideas from political parties. The whole nature of democracy is to get the people to say what they want to the political parties. That should not be turned the other way.

In the Sri Lankan mentality there is almost an inability to go beyond surface politics and into the realities of how things happen. Everything is just for the newspaper or the media, for talk, and not about how to get things done.

Justice is done by people involved in justice. That is, investigators, prosecutors, judges; these people do justice. Politicians don’t do justice. In fact, fighting against injustices done by politicians was how the justice project came about. In England, you had to fight against the King, to the point that one of first heads of states to be killed was in England, in search of justice. Justice will never come from the hands of politicians alone.

If the whole country can only be run by politicians, then we don’t need any other kind of professions. We wouldn’t need accountants or doctors, only politicians.

People must be able to rely on justice institutions. That brings out the real question: Do we want anarchy to prevail in this country? Lawlessness? Or do we want the rule of law back? That is kind of issue that should be central issue in these reports. The core question should be: what is happening to the rule of law? Will this court, whichever court it is, be respected within the framework of the rule of law? Will they help to stabilize this country? Will they make it a country that is safe for everybody, where it is safe for people speak out and participate? Will that happen or will it just be people living in fear?

The greatest assault on the dignity of a victim or their family is to deny the truth of what happened to the victim. We can’t resolve that by any other means, including giving facilities, though that is indeed necessary. Nobody disagrees on the fact that infrastructure and other necessities should be provided. But that does not restore dignity to a person. If my brother was killed and I don’t know what happened, if he was arrested and then disappeared, I would suffer all my life with that idea, asking what happened. That would go to the very depth of my dignity.

Justice is more important to a nation than anything else, and that is what we are rapidly forgetting. We had that idea up until the 1978 Constitution. We believed that justice was fundamental. Without justice, we will not have a sense of dignity at all. Today, the whole nation suffers from the fact that we are unable to have a system of justice that we can look at and say: even if everything fails, if politicians fail, at least in the sacred vicinity of a court of justice, we get justice