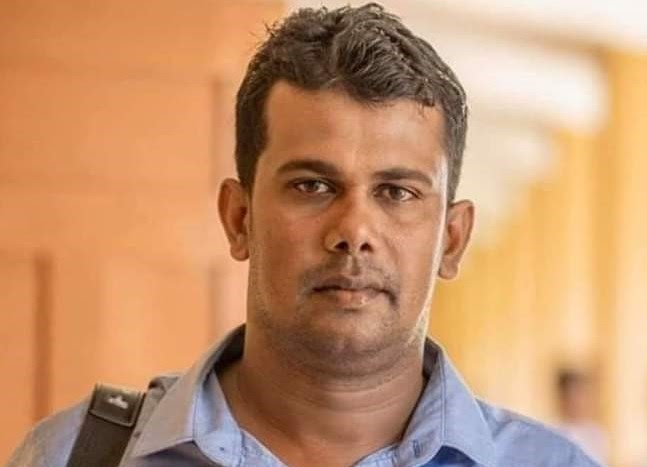 A Tamil journalist locally known as Gokulan, affiliated with Battinews.com was arrested by the Sri Lankan Terrorism Investigation Division (TID) on November 29 for posting pictures on his personal Facebook page. The International Federation of Journalists (IFJ) and its Sri Lankan affiliates the Federation of Media Employees’ Trade Union (FMETU) and the Sri Lanka Working Journalists Association (SLWJA) express serious concern at the arrest and urge authorities to withdraw the case.

Gokulan, a photographer affiliated with the Batticaloa Press Club, was arrested at his home in Batticaloa in Sri Lanka’s eastern provinces for alleged crimes under the Prevention of Terrorism Act (PTA) for allegedly posting pictures of Liberation Tigers of Tamil Eelam (LTTE) leader Prabhakaran. He was put under local police custody before being transferred to the Criminal Investigation Department (CID) headquarters in Colombo. Gokulan is currently being held in the fourth floor of the CID headquarters, known as a notorious torture site. He appeared in court on December 1. According to FMETU, the journalist had raised questions on the social media post over the government’s ban on commemorations of Maaveerar Naal – a day observed by Sri Lankan Tamils to remember the deaths of militants who fought for the Liberation Tigers of Tamil Eelam (LTTE). It is held each year on November 27.

The arrest of the Tamil journalist is one of the series of clampdowns on freedom of expression by the Sri Lankan government surrounding Prabhakaran’s birthday and the annual commemoration of Maaveerar Naal. On November 26, Sri Lankan police arrested 19 people from Batticaloa area under Prevention of Terrorism Act (PTA) for similar social media birthday wishes to LTTE leader Velupillai Prabhakaran. A series of cases around the misuse of the law to detain, assault, threaten, harass and arrest journalists and freedom of expression activists have been documented by activists in Sri Lanka throughout 2020.

FMETU’s general secretary, Dharmasiri Lankapeli, said: “FMETU is concerned to the arrest of the journalist and condemn the present government’s policy to attack the freedom of expression.”

SLWJA general secretary, Frank De Zoysa, said: “SLWJA has observed that Government and relevant authorities are trying to control media and general public opposing their action by misusing the law. We condemn such the practice.”

The IFJ said: “We strongly condemn the clampdown to the freedom of expression and misuse the Prevention of Terrorism Act (PTA) to arrest journalists and silence dissent.