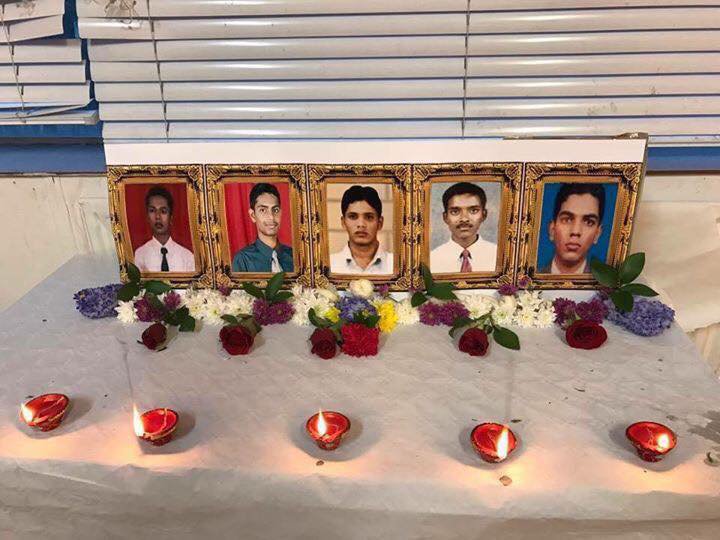 Five students were shot dead in 2006 at Trincomalee.

According to the State-run Daily News, the Trincomalee Chief Magistrate on Wednesday released 13 suspects, including 12 STF members allegedly linked to the gruesome killings, after clearing them of “all charges”.

Even as the STF’s possible role in the murder was widely speculated by those familiar with the developments in the island’s eastern district, a U.S. State Department cable from October 2006, which was later released by WikiLeaks, quotes Basil Rajapaksa, brother and advisor of then President Mahinda Rajapaksa, as telling the then U.S. Ambassador Robert Blake: “We know the STF did it, but the bullet and gun evidence shows that they did not. They must have separate guns when they want to kill someone. We need forensic experts. We know who did it, but we can’t proceed in prosecuting them.”

The Criminal Investigation Department (CID) probing the case charged the STF suspects for murder, for “shooting the students”, who had gathered to meet near the Gandhi roundabout in Trincomalee. While the CID had named 36 witnesses, eight of them failed to appear in court and who had migrated abroad were absent, according to ocal media reports.

University Teachers for Human Rights (Jaffna), a group of academics that documented rights violations committed by state forces, the LTTE, and the IPKF, in 2007 published a report on the incident, pointing to “lapses” in investigations.

“It was a shocking case in which the State has operated with blatant impunity; its disregard for the rule of law has been offensive and insidious. Numerous exposes and statements by human rights agencies have been released on the subject that provide overwhelming evidence of state complicity, but as usual the case has stalled.” the UTHR said in the report.