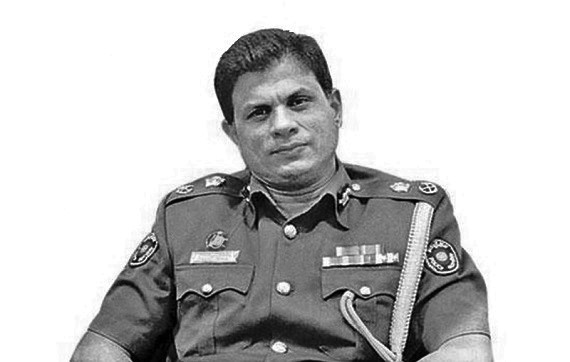 Over a month after the country was crippled by a mass illegal sterilization scare that led to the allegedly unlawful detention of a Muslim doctor, the police high command is now mulling taking action against the police officials involved in orchestrating the plot.

In a stunning revelation the CID exposed the elaborate plot that was undertaken by Kurunegala OIC (Crimes) Nishantha Pushpalal and Kurunegala DIG Kithsiri Jayalath to frame the accused doctor, and the use of the press to create a public panic around the case.

Giving evidence before the Kurunegala Magistrate on Thursday (27) CID revealed that the Kurunegala police had doctored a report to justify the Muslim doctor’s arrest.

Dr. Seigu Shihabdeen Mohamed Shafi a Senior House Officer at the Kurunegala Teaching Hospital was detained under the Prevention of Terrorism Act (PTA) on May 24.

After recording statements from over 600 women, six VOGs, 12 assisting doctors, 70 nurses and 18 members of the minor staff, the CID presented a 200-page report to the Magistrate. Of the 600 women only 147 had grievances that need to be further probed.

The report also shows how the Kurunegala police have backdated a statement, recorded complaints after arresting the suspect, and how a journalist was given the tip-off to publish the controversial story. Though the said journalist was told by the police that it was just a ‘rumour’ his newspaper article claimed as many as 4,000 women had been illegally sterilized.

A Fundamental Rights (FR) petition filed at the Supreme Court by Dr. Shafi states that even after a month of his detention there was no evidence to prove that he has sterilised women during caesarean sections. The FR further states that his detention was an illegal abuse of power by the OIC of the Kurunegala Police Station and the Kurunegala DIG, Kithsiri Jayalath.

Officials familiar with the investigations told the Sunday Observer it is yet to be decided whether action will be initiated against the police officials, and a special inquiry will be launched by the police department into the police officers’ undue influence in the case.

Acting Inspector General of Police Chandana Wickramaratne has called for a report from Senior DIG, Criminal Investigations Department, Ravi Seneviratne on the investigations into the allegations against Dr Shafi Shihabdeen, a doctor attached to the Kurunegala Base Hospital.

According to Police Spokesman SP Ruwan Gunasekara, the Acting IGP decided to call for a report following a written complaint filed by parliamentarian Ven. Athuraliye Rathana Thera on Friday evening at Police Headquarters. In his complaint, the Thera had claimed he was not satisfied by the investigations carried out by the CID into the case. “Therefore, the Acting IGP has now called for a report” Gunasekara confirmed.

On Thursday (27) CID investigators led by the OIC of the Gang Robberies Unit IP Nishantha Silva informed the Kurunegala Magistrate’s Court that there was no evidence to prove the allegations against the doctor.

Following a newspaper report, the doctor had been accused of conducting illegal sterilization of female patients. He was arrested on May 25 over allegations that he had amassed assets in a suspicious manner.

The CID has recorded over 750 statements in their investigations into allegations made against Dr Sihabdeen.