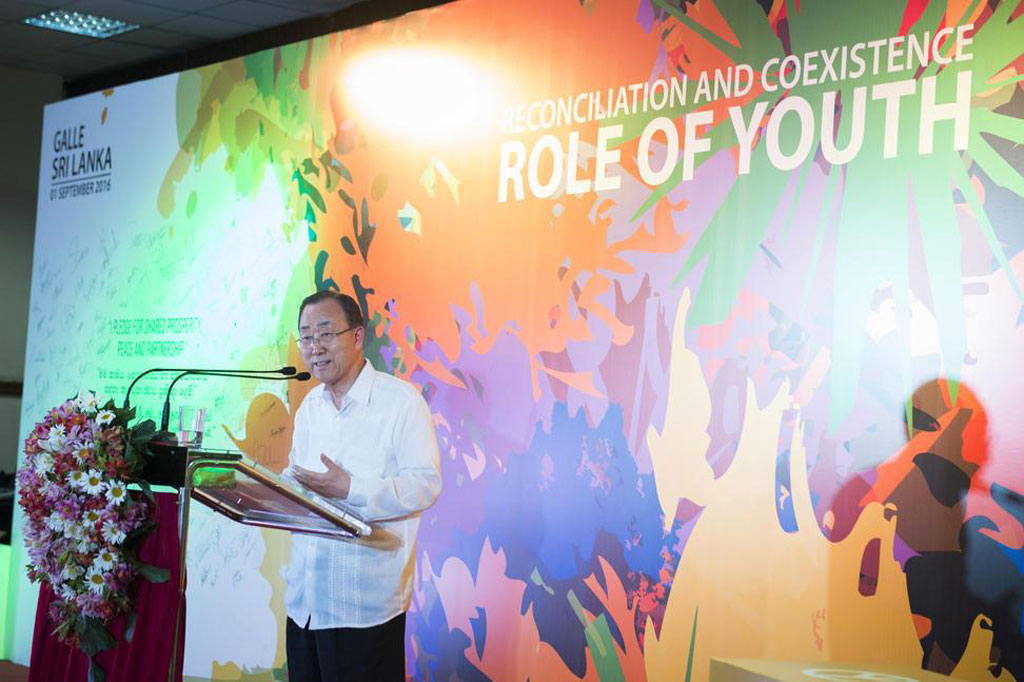 Sri Lanka has made progress in reconciliation, rule of law and justice but more needs to be done in resettling and re-building institutions to ensure human rights and equality, United National Secretary General Ban Ki-moon said.

The administration of President Maithripala Sirisena had made progress since people of Sri Lanka voted for good governance, to end abuse of power and restore the rule of law, he said in a speech in Colombo.

He said Sri Lanka’s national anthem had been sung in both Sinhalese and Tamil, after a lapse of many decades and transparency and accountability was being improved.

“More can and should be done to address legacy of the past,” he said. “Sri Lanka in early stages of regaining rightful position in region and international community.”

About 65 million people were displace now, the highest since the second World War, he said.

Sri Lanka also needed to return the lands of people and reduce the size of the military in the north and the east of the country to re-establish trust, he said.

Foreign Minister Mangala Samaraweera said Sri Lanka as one of the oldest democracy in Asia had worked in step with the UN since it establishment after World War II.

But amid a civil war Sri Lanka had engaged in a ‘self-imposed exile’ from the international community and the UN, which has now been ended.

Mano Tittawella, who is in a government entity to ensure reconciliation said lands were being returned progressively to people and mechanism were being developed to take the process forward.
economynext.