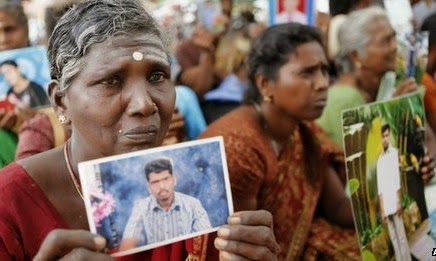 The Office on Missing Persons (OMP) is one of the four mechanisms that the government promised in its ‘comprehensive approach to dealing with the past’. While the OMP is the only mechanism on which any formal progress has been made in the 28 months that have passed since the government announced its plan; even this has not yet been formally constituted and operationalised. Each step of the process thus far to establish the OMP has been marked by slow progress, a regrettable lack of transparency, poor engagement with victims and troubling political actions to undermine the independence of the institution.

A Deficit of Consultation

In mid-2016, a Bill to establish the OMP was drafted by a small government-appointed committee that was not publicly announced, working in parallel and disconnected from the ongoing ‘victim-centric’ process to consult the Sri Lankan public on the proposed reconciliation mechanisms that had been initiated by the government in January 2016. When civil society actors challenged the government on why it was preempting the Consultation Task Force (CTF) process and report, the government’s Secretariat for Coordinating the Reconciliation Mechanisms (SCRM) responded that the government’s rush to establish the OMP was to expedite support to families of the missing and disappeared. Over one and half years later, in the absence of even minimally constituting the OMP, these claims ring very hollow.

Responding to criticisms about the lack of consultation of victims, prior to finalizing the OMP Bill to be presented in Parliament, the SCRM arranged a brief consultation in Colombo for the drafting committee with a few family members of disappeared persons. The CTF was also requested to provide early submissions on the OMP to the drafting committee. In response, the CTF provided an oral submission, and also produced an Interim Report in August 2016 which compiled OMP-related submissions that it had received from the public.

Since most of the CTF’s public consultation work had not taken place at the time of writing, the CTF’s Interim Report was based solely on written submissions that it had received as of 17th July 2016 and a few consultation meetings conducted before 8th August 2016.

Questionable Passage of the OMP Act

A Bill to legally establish the OMP was submitted to Parliament and was passed on 11th August 2016 following unorthodox procedures after a disruptive debate. The brief, truncated debate, and passage of the Bill without a vote, seriously undermined the sense of the OMP as an institution established following a considered due democratic process.

Lack of Consideration of Victims Voices and Concerns

It was unclear whether the 8th August 2016 Interim Report of the CTF was reviewed by the government prior to the hurried passage of the Bill on the 11th August, or even if its content was considered later when subsequent amendments were made to the Act, before it was formally signed into law on 23rd August 2016. When the CTF’s Final Report was released on 3rd January 2017, it was apparent from Annex 15 of that document that the government had not incorporated a single one of the CTFs Interim Report recommendations reflecting the content of public submissions and victims views into either the draft Bill or the final OMP Act.

Given the government’s declared haste in enacting legislation to institute the OMP, it is ironic that it was only at the 3rd January 2017 launch of the CTF Final Report that the Foreign Minister announced that the Gazette on the OMP Act had finally been signed by President Maithripala Sirisena – giving effect to the law after several months of inaction.

The OMP Act was further amended on 22nd June 2017 by a unanimous vote in Parliament which removed a key paragraph that explicitly had allowed the OMP to enter into independent financing arrangements with external sources. Many victims groups and analysts saw this as seriously compromising the independence of the OMP because it would now be entirely dependent on the government for finances.

Laying the Foundation for the OMP on Uncertain Ground

The next step taken towards establishing and operationalising the OMP was on 19 July 2017, when President Sirisena signed a Gazette that assigned the OMP to the Ministry of National Integration & Reconciliation, of which he is also the relevant Minister. There remain questions about whether it is constitutional or not for him to hold this portfolio, in light of the provisions of the 19th Amendment which specifies which portfolios may be held concurrently by a sitting President. The fact that financial and institutional support for OMP would be channelled through a Ministry headed by President Sirisena was also viewed by many as establishing a means by which political influence may be exercised over the functioning of the OMP.

On 10th October 2017, the Constitutional Council of Sri Lanka (CC), which is assigned with the responsibility in the OMP Act for selecting its members, advertised publicly for candidates to submit their details for consideration for the seven available posts. The deadline for submission of details was 6th November 2017 and shortlisted candidates were asked to provide further details by 17th November. Recent concerns relate to possible irregularities in the ongoing selection process of the members of the OMP, which involves the Constitutional Council and President Sirisena. The integrity, experience and competence of OMP members will provide the foundation for the effectiveness and credibility of the institution. A flawed selection process will deeply damage the integrity and legitimacy of the OMP.

Allegations of Political Deal-Making and Subversion of Due Process

However, in January 2018, there were some reports that the CC convened again to revisit their list of nominees and has resubmitted a list to President Sirisena. It has been alleged that this revised list includes at least two new nominees who were not on the original list, including a proposed Chairperson. It is also alleged that these two new nominees had not submitted applications following instructions in the Constitutional Council’s public advertisement before the 6th of December 2017 deadline, but were only included in the process in January 2018. The lack of transparency about the Constitutional Council’s selection process leaves it wide open to the allegation that due process has been subverted as a result of political bargaining, which may have profound consequences for the future of the OMP.

The Friday Forum calls on the members of the CC to be transparent about the manner in which members of OMP have been selected and nominated for appointment by the President, to prevent further erosion of the confidence in the OMP among the families of the disappeared and missing – a significant number of whom have in recent months expressed grave reservations about the government’s commitment to ensuring that the mechanism when eventually operationalised would genuinely address their needs.

CC is a Poor Check on Power of Executive President

The OMP process to date also highlights tensions between the stated policies of the coalition government and the will of Parliament (as evidenced by the passage of laws and the nominations of the CC) that are symptomatic of the fundamental weaknesses in current constitutional arrangements for governance in Sri Lanka. The latest controversy about the selection of the OMP members in particular raises serious concerns about the independence of the Constitutional Council and its ability, even within its limited mandate, to act as a check on arbitrary decisions made by an Executive President.

We welcome the allocation of 1.4 billion rupees to the OMP in the Budget passed on 9th December 2017 as a concrete step towards its functioning. The delays and lack of transparency, undermining of due process and allegations of back-room deal-making in every step taken towards establishing the OMP and making this office operational, is very disturbing. It certainly does little for confidence that the OMP will be able to work effectively and independently without political interference. We call on President Sirisena and the government to allow the OMP to be constituted and functional without constraint or influence so that the fates of the tens of thousands of cases of disappeared and missing persons may be determined, and that appropriate relief may be finally granted to their families who have suffered too much and for too long.

We remind the government of its duty to citizens from all communities who have suffered profoundly due to the war and political violence, as well as to future generations of Sri Lankans, to constructively and honestly address the need for truth, justice and reparations — as an integral part of ensuring non-recurrence of conflict. This is the state’s obligation to the people of Sri Lanka, and must not be viewed as a response to external pressures. The failure to fulfil this responsibility may have grave consequences for citizens.
Mr. Ananda Galappatti,
Prof. Savitri Goonesekere